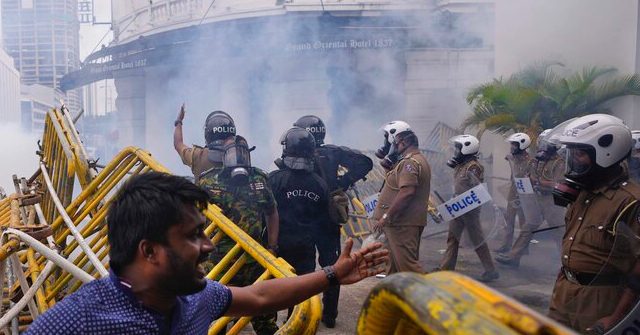 The prime minister of Sri Lanka, Ranil Wickremesinghe, declared in remarks to the nation’s parliament on Wednesday that its economy had “completely collapsed.”

The socialist country is facing the worst economic crisis in its modern history, prompting acute shortages of food, medicine, gasoline, natural gas, and other core goods since March. Lavish spending under the Rajapaksa dynasty’s rule coupled with socialist mismanagement of the economy, a “green” policy that banned chemical fertilizers and made the country reliant on food imports, and trade deals in which Sri Lanka took out predatory loans from China all contributed to the nation’s rapid decline.

Wickremesinghe, who became prime minister for a second time after predecessor Mahinda Rajapaksa resigned in May, told parliament that the government has no way of purchasing petroleum fuels (gasoline and diesel) because oil companies and governments do not trust that Sri Lanka will be able to pay…