Son of 9/11 Victim Criticizes Omar at Ground Zero Ceremony ‘Madam, objectively speaking, we know who and what was done’ 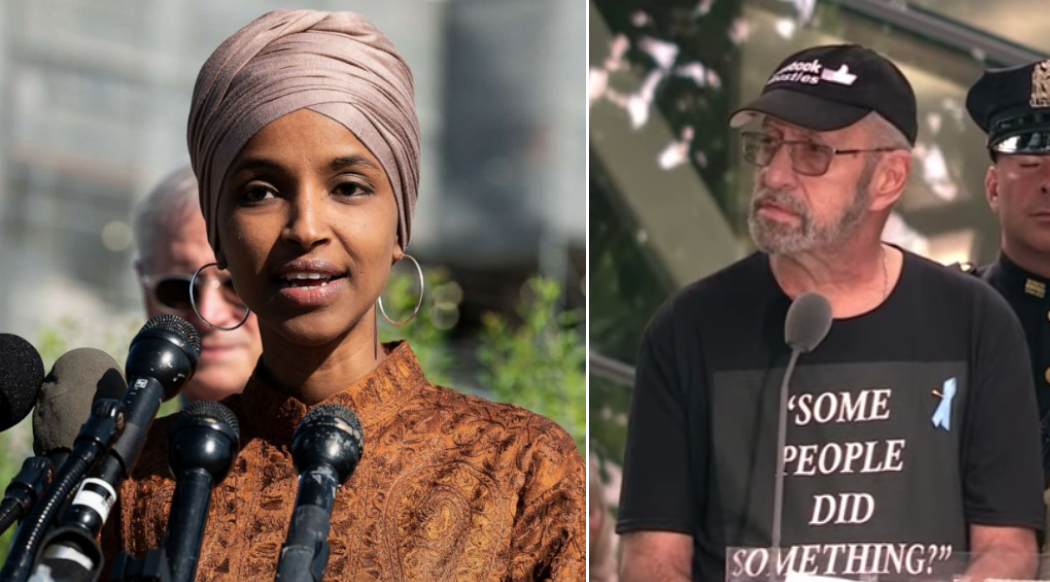 A man speaking at a ceremony memorializing the September 11, 2001, terror attacks on Wednesday criticized Rep. Ilhan Omar (D., Minn.) for her comments in March that “some people did something” on 9/11.

Nic Haros spoke at the site of the twin towers in New York City to honor his mother and friends lost in the attacks on the World Trade Center. He pointed at his black t-shirt, which read “some people did something,” and called out Omar.

“‘Some people did something,’ said a freshman congresswoman from Minnesota to support and justify the creation of CAIR,” Haros said. “Today I am here to respond to you exactly who did what to whom. Madam, objectively speaking, we know who and what was done. There is no uncertainty about that. Why your confusion?”

Haros then said members of al Qaeda had killed thousands of people and caused billions of dollars in economic damage.

Published in History, Opinion, Political News and US News