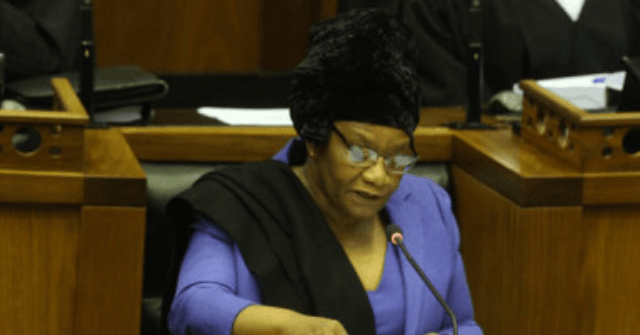 Media Alert: Join the National Assembly Programme Committee Meeting at 9am this morning [Zoom Link below??]

As the meeting took place, lawmakers suddenly found themselves bombarded with pornographic images and racial abuse towards National Assembly speaker Thandi Modise. It was later resumed using a private link.

Modise later expressed her concerns over using Zoom, which despite its rapid growth in popularity has also faced criticism for the ease with which many hackers have entered high-level meetings between government officials, otherwise referred to as Zoom-Bombing.

The 60-year-old cited concerns faced by the British Parliament after it introduced digital hybrid meetings powered by the platform, which had been rejected by both Taiwan and the United States over fears that they could be spied on by communist China.

“It is not only the South African Parliament that they have failed, that one in the UK has also been failed by Zoom,” she contested. “So, I am very skeptical of going back to Zoom, I must express that. I do not want to be exposed to what I was exposed to this morning, I do not think the country deserves that.”

Democratic Alliance (DA) chief whip Natasha Mazzone apologized for the incident, telling Modise: “Madam Speaker, I hope that you are right, no-one should ever have to suffer that kind of abuse and my heart goes out to you especially, this morning.”

Mazzone also questioned the effectiveness of carrying out virtual committee meetings, referring to the collapse on Wednesday night of a joint meeting of the Parliament’s Public Enterprises committees after African National Congress and Economic Freedom Fighters lawmakers began insulting each other.

Like most countries around the world facing the Chinese coronavirus, South Africa’s parliament is closed and all political meetings take place via video conference calls as authorities attempt to contain the spread of the pandemic.