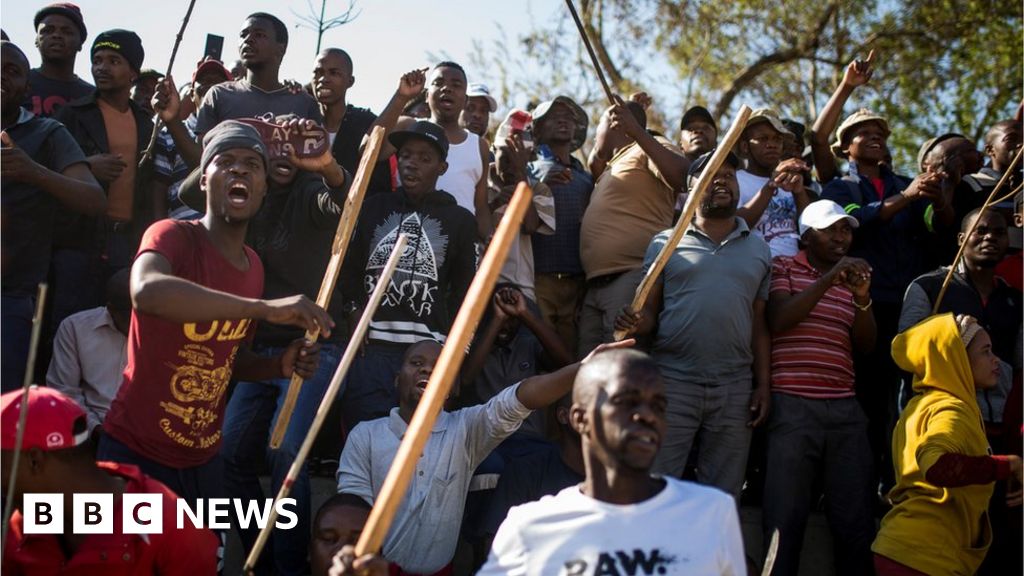 South Africans have disrupted a speech in Johannesburg by a veteran politician who was trying to quell tensions following a recent wave of deadly riots and xenophobic attacks.

Mangosuthu Buthelezi was heckled by a rowdy section of the crowd.

Dozens of men marched through the area calling for foreigners to leave.

At least 10 people, two of them foreign nationals, have been killed in the violence over the last week.

By Thursday police said they had arrested more than 420 people and the unrest had subsided.

But on Sunday groups of men carrying clubs marched down the streets of Johannesburg singing “foreigners must go back to where they came from”, Soweten Live reports.

Protesters from various hostels in eastern Johannesburg have begun marching along Jules Street. Carrying weapons, including knobkerries, the men sang, “foreigners must go back to where they came from”. pic.twitter.com/SKbWqGePdz

The crowd headed to Jules Park in Johannesburg where Mr Buthelezi, a Zulu leader during apartheid and former leader of South Africa’s opposition Inkatha Freedom Party, was due to address them about the recent attacks.  READ MORE…