St. Louis Orders Mask Mandate For Both City And County

St. Louis orders mask mandate for both city and county 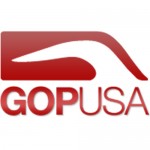 The order goes into effect Monday and people over the age of 5 are required to wear a mask in indoor public places regardless of vaccination status.

This is the first time local leaders have issued a new order since Gov. Mike Parson signed Bill 271 on June 15, 2021. The bill limits the power of emergency health orders issued by local governments.

Since this is the first order issued after the June 15 bill, there are questions circling on if this statewide bill applies to the local bill.

Lawyer Jay Kanzler with Witzel, Kanzler and Dimmitt LLC, said it’s not clear yet if this bill will even be applicable to the St. Louis order because of the language in the bill.

He said it may all come down to one word, access.

“A political subdivision shall not issue a public health order, defined in the bill as an order, ordinance, rule, or regulation issued in response to an actual or perceived threat to public health for the purpose of preventing the spread of a contagious disease, during a state of emergency declared by the Governor that directly or indirectly closes, partially closes, or places restrictions on the opening of or access to anyone or more businesses, churches, schools, or other places of gathering or assembly for a period of time longer than 30 calendar days in a 180-day period.”

“The two sides just have a different point of view on how to address what is a serious public health issue.”

He said it will be ultimately up to the court and how they interpret the term “access” written in the bill. As Kanzler said, if the court rules that this state bill applies, then governing bodies, such as the county council and the board of alderman have the right to terminate the order issued, as stated in the bill below:

“The governing bodies of the political subdivisions issuing orders under this bill shall at all times have the authority to terminate an order issued or extended under this section upon a simple majority vote of the body,” the bill reads.

In order for the court to take up the issue, a lawsuit needs to be filed. Missouri State Attorney Gen. Eric Schmitt tweeted Friday night that he plans to file a suit.

“The citizens of St. Louis and St. Louis County are not subjects – they are free people. As their Attorney General I’ll be filing suit Monday to stop this insanity. #covid,” the attorney general tweeted.

Kanzler said, “Given the political nature of masks, mandates, I would guess that come Monday or Tuesday morning people will be lined up at the courthouse with their lawsuits.”

St. Louis County Councilman Tim Fitch tweeted an image of a memorandum Friday, which requested adding an agenda item under “Other Communications” for discussion and possible vote to Tuesday’s County Council meeting.

“The Council can act as soon as Tuesday to terminate the County Executive’s new health mandate. He still has not communicated to us his reasons for the mandate, as required in the new statute,” Fitch’s tweet said.

“The health orders for the city and county will be released on Monday. They will detail the reasons for the mask mandate. As has been widely reported, Covid cases are rising at an alarming rate and masks have proven an effective way to slow the spread of the virus.

“Council approval is not needed for a mask mandate so I’m not really sure what legislative action council members think they can take.

“As for the council member, my sincere hope remains that someday he will take the pandemic seriously and join others in helping curb this deadly virus,” the statement says.

Fitch is not the only one expressing concerns over the mask mandate.

“I have my fingers crossed that we will still be able to keep the business staffed, it’s going to push more business and employees to surrounding counties, and I mean that’s going to be tough, I know the business community In general is going to be hurt by this if it stands, my hope is that the county council they actually take action here,” said Ben Brown, the owner of Satchmo’s Bar and Grill in Chesterfield.

St. Louis leaders have not officially released the order, but Dr. Sam Page’s chief communications officer said they will release it Monday.

City and county leaders are holding a press conference Monday morning at 9:30 on the mandate.