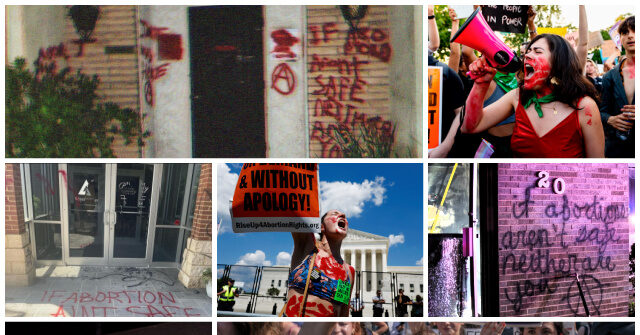 Since the leak of Justice Samuel Alito’s draft majority opinion in the Dobbs v. Jackson Women’s Health Organization case that eventually led to the overturning of Roe v. Wade, America has endured a “Summer of Rage.” The wave demonstrations saw protesters going far beyond simply donning “Handmaid’s Tale” bonnets and gathering around the Supreme Court. There have been dozens of acts of violence, destruction, and harassment aimed at intimidating anti-abortion Christians and conservatives. In this series of articles, we will identify key players, organizations, and locations in this radical movement. We will also explain elements of the interconnected system that provides organizational and/or financial support for this radical agenda.

According to data compiled by the Family Research Council, there have been more than 100 attacks against pro-life groups nationwide since the beginning of May, many of which have been attributed to Jane’s Revenge, a far-left militant group that has taken credit for much of the violence…