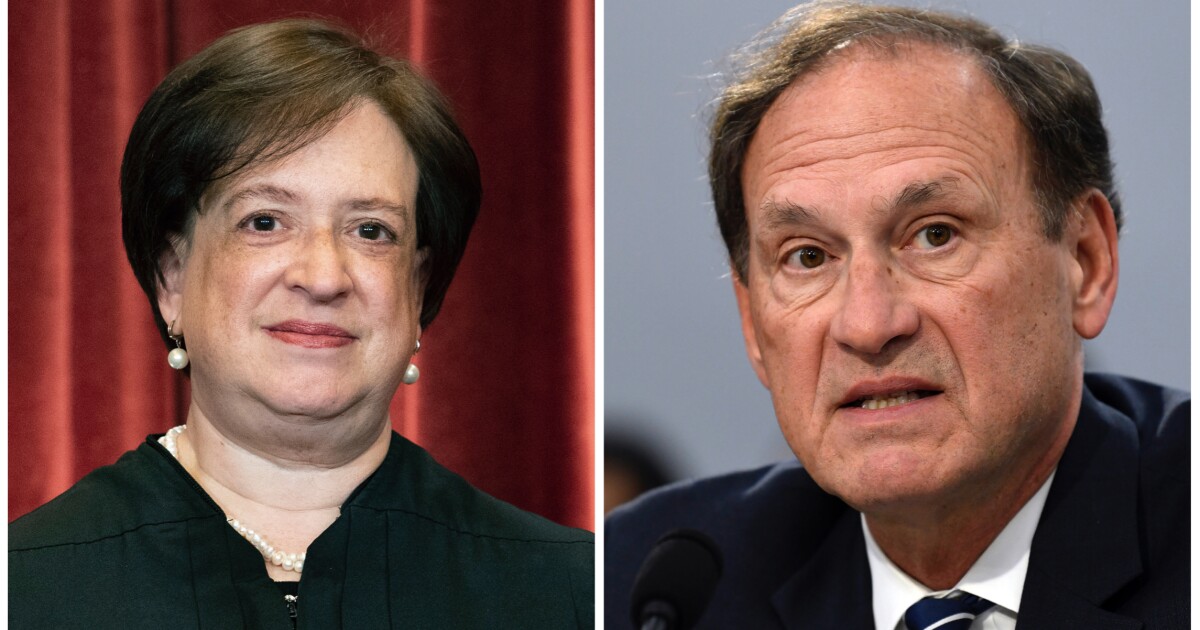 In an apparent response to Justice Elena Kagan's recent remarks about the Supreme Court's legitimacy,…

Alito, the justice who authored the 6-3 opinion that overturned 49 years of abortion precedent under Roe v. Wade this summer, made his highly rare rebuke to Kagan in a statement to the Wall Street Journal, albeit without directly naming her.

“It goes without saying that everyone is free to express disagreement with our decisions and to criticize our reasoning as they see fit. But saying or implying that the court is becoming an illegitimate institution or questioning our integrity crosses an important line,” Alito told the outlet…