Surfing legend Sunny Garcia WAKES from his coma: Champion survives suicide attempt and speaks his first words surrounded by family – but his daughter says he has a long way to go as she shares heart-wrenching photos 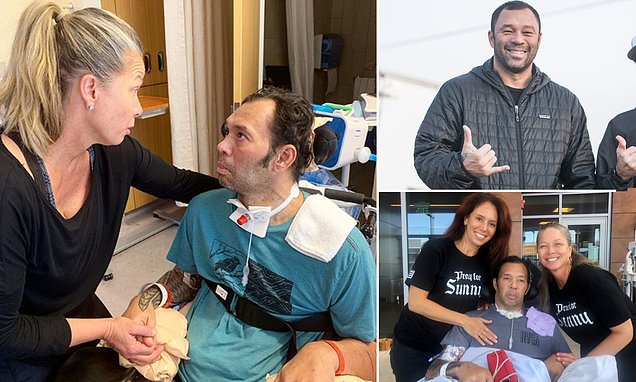 Hawaiian surfing legend Vincent ‘Sunny’ Garcia has spoken his first words nearly five months after he was found unconscious in his Oregon home amid a battle with depression.

Sunny’s eldest daughter Kaila Garcia took to Instagram on Tuesday to update his fans on his progress.

‘We are taking one day at a time and celebrating each little triumph. My dad is a warrior and fighting everyday to get better and stronger,’ she wrote.

Kaila said her father has spoken a ‘few words’ and is undergoing daily physical, speech and occupational therapy.

Published in Entertainment News, Health News and US News