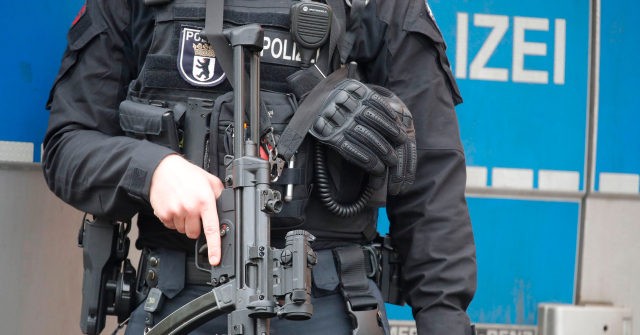 German police arrested a 16-year-old Syrian male, his father, and two brothers on suspicion of plotting an “Islamist-motivated threat” against a synagogue.

The arrests took place in Hagen near Dortmund, North Rhine-Westphalia, on Thursday morning during Yom Kippur, the holiest period in the Jewish calendar, as a result of what authorities took to be a credible threat to attack the city’s synagogue.

Police arrested the 16-year-old Syrian national along with his father and two brothers. German media pointed to the 16-year-old being the focus of investigators’ attention, with media outlet Deutsche Welle (DW) reporting that the suspect’s three relatives were released on Thursday evening, without suspicion. The father had arrived in Germany in 2014, before the height of the migrant crisis, and was granted refugee status.

North Rhine-Westphalia Interior Minister Herbert Reul said on Thursday that authorities had received a “very serious and specific threat that an attack on a synagogue could come during Yom Kippur”, confirming the incident was an “Islamist-motivated threat situation”.

Operations began on Wednesday afternoon, ahead of the beginning of Yom Kippur, which began that evening and ended Thursday evening, with armed police cordoning off access to Hagen’s synagogue on Wednesday afternoon. Police used sniffer dogs to search for explosives, but no dangerous objects were found.

Searches of the Syrian teen’s home the following day also did not uncover any bomb components, but computers, mobile phones, and other devices have been taken into police custody for forensic examination.

Young French-speaking Muslims in Europe’s capital Brussels are at least three times as likely to be antisemitic, homophobic and sexist compared to their atheist counterparts, according to a Belgian study. https://t.co/8rN1j6rqd2

The 16-year-old is said to have been in contact with known Islamists overseas, according to sources speaking to RP Online, the web edition of the Rheinische Post. Other information obtained by German media claims that a foreign security service alerted Germany’s Federal Intelligence Service (BND) about the suspected Islamist, and that the person the teen refugee had been talking to is a member of the Islamic State terrorist militia.

Düsseldorf’s public prosecutor’s office said that the teen had admitted to having been in contact with bomb-making experts on the chat app Telegram, but denied plans to attack the local synagogue.

Research published in December 2017, after the height of the migrant crisis that saw more than one million Middle Easterners and others from the Global South come to Europe, found that antisemitic attitudes were common among asylum seekers in Germany.

That same month, a leading German Jewish leader warned that Jews may need police protection amidst rising antisemitism, saying anti-Jewish sentiment was increasing “on the right and the left, in the Muslim community and also in the middle of society”.

The trend continued in following years, with a 2019 report revealing that the year before saw attacks of Jewish people rising by almost 10 per cent, with one incident including a 19-year-old Syrian man lashing his belt at a Jewish man wearing a yarmulke, shouting “Yahudi” – “Jew” in Arabic.

The rise in anti-Semitic attacks in Britain is likely a result of Islamic extremism, according to a government minister. https://t.co/cNtmrGVrov