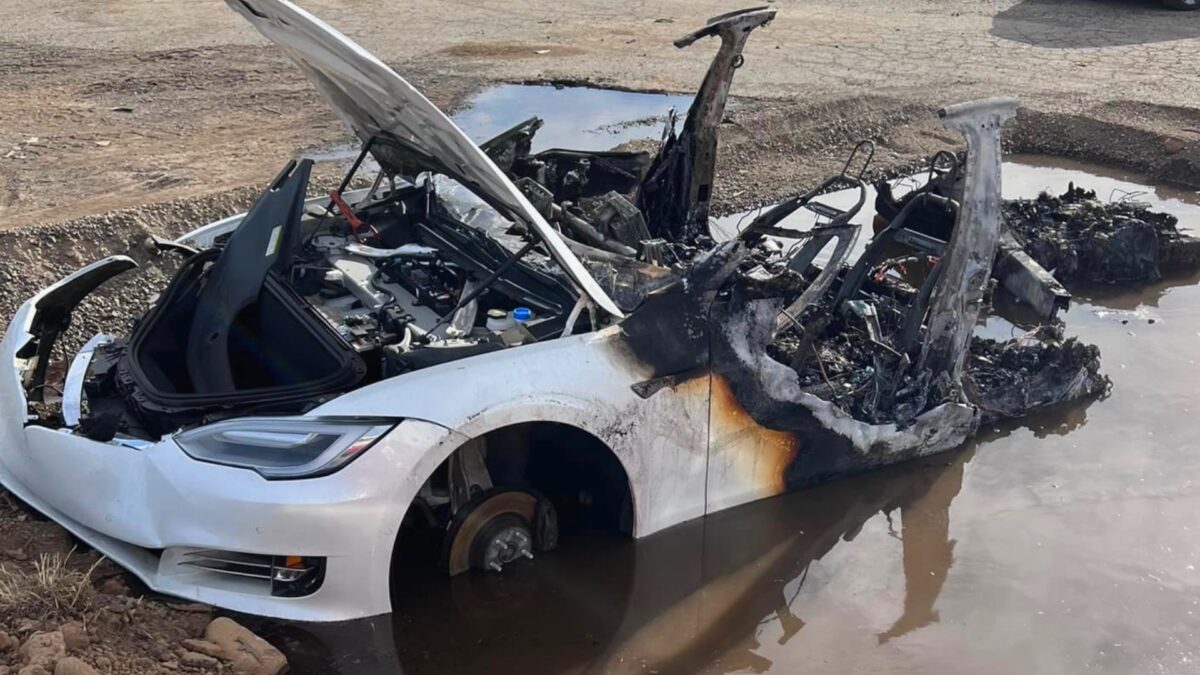 A Tesla Model S spontaneously burst into flames at a California junkyard earlier this month and fire crews used thousands of gallons of water to put out the blaze, the Sacramento Metropolitan Fire District said.

In a statement on Facebook, the fire department shared a video and pictures of the electric vehicle that was involved in a major accident more than a month ago and was set to be dismantled at the wrecking yard.

“The vehicle was fully involved with fire on arrival and took a significant amount of time, water, and thinking outside the box to extinguish,” fire officials said. “Crews knocked the fire down, but the car kept re-igniting and off-gassing in the battery compartment.”

Battery-powered vehicles are known to be notoriously difficult to deal with when they catch fire. While electric vehicles catch fire less frequently than gas-powered cars, the use of lithium-ion batteries means the fires can burn for longer and be more intense.