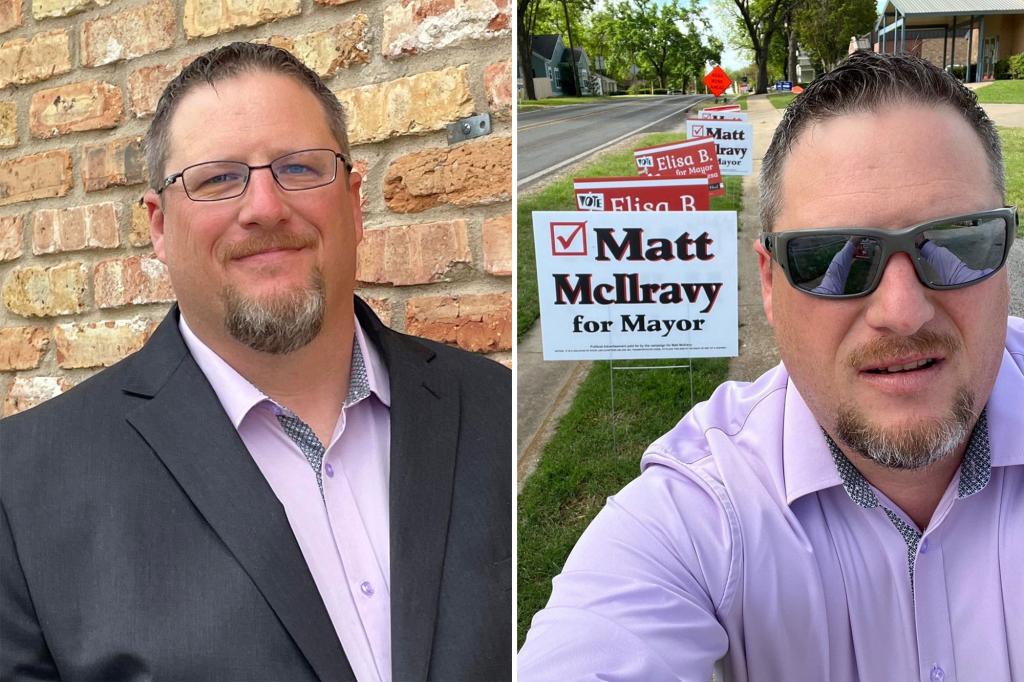 Pilot Point Mayor Matt McIlravy was charged with a second-degree felony for the offense, according…

The mayor of a town in Texas was arrested for online solicitation of a child, a report said.

Pilot Point Mayor Matt McIlravy was charged with a second-degree felony for the offense, according to KTVT-TV.

The mayor, who is also a teacher, was busted by a Dallas Police undercover operation, the station said.

McIlravy is a married father of two boys that works as a design engineer and also serves as a men’s prayer meeting leader, according to his government profile.

He was recently elected mayor of the city of less than 4,000 north of Dallas. His Facebook campaign page did not list a political affiliation.