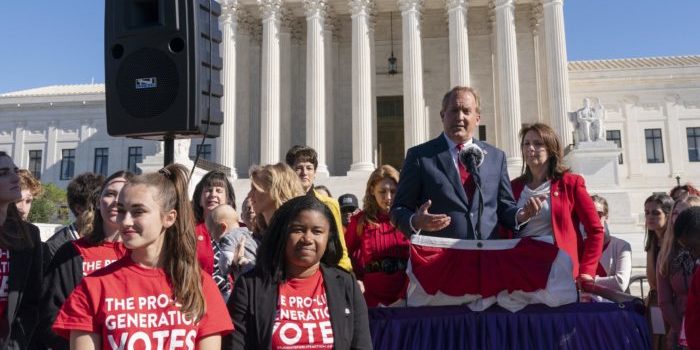 The Biden administration has demanded that hospitals perform abortions, regardless of state law, if its arbitrary conditions are met, despite SCOTUS’s ruling that each state gets to determine its abortion laws, in one of the latest acts of abortion insurrection.

Texas is fighting back.

NBC News reported that Texas is suing over the mandated abortions.

Trump-endorsed Texas Attorney General Ken Paxton said that, “This administration has a hard time following the law, and now they are trying to have their appointed bureaucrats mandate that hospitals and emergency medicine physicians perform abortions.”