Thanks to Trump, the Mullahs Are Going Bankrupt 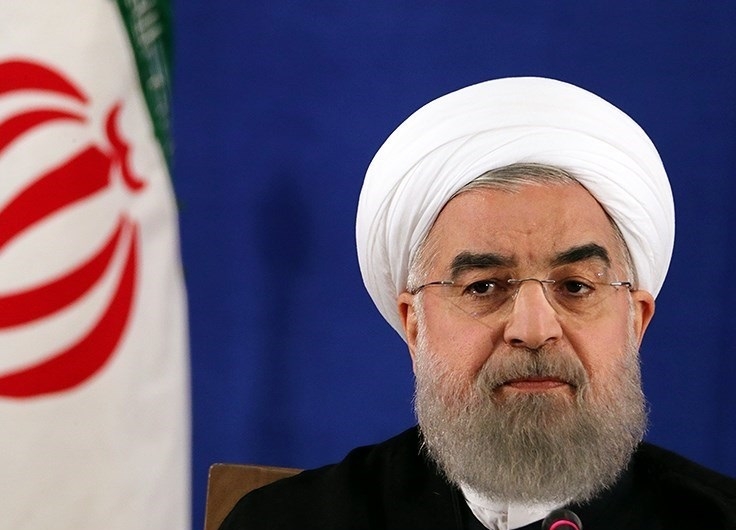 Thanks to Trump, the Mullahs Are Going Bankrupt

The critics of President Trump’s Iran policy have been proven wrong: the US sanctions are imposing significant pressure on the ruling mullahs of Iran and the ability to fund their terror groups.

Before the US Department of Treasury leveled secondary sanctions against Iran’s oil and gas sectors, Tehran was exporting over two million barrel a day of oil. Currently, Tehran’s oil export has gone down to less than 200,000 barrel a day, which represents a decline of roughly 90% in Iran’s oil exports.

Iran has the second-largest natural gas reserves and the fourth-largest proven crude oil reserves in the world, and the sale of these resources account for more than 80 percent of its export revenues. The Islamic Republic therefore historically depends heavily on oil revenues to fund its military adventurism in the region and sponsor militias and terror groups. Iran’s presented budget in 2019 was nearly $41 billion, while the regime was expecting to generate approximately $21 billion of it from oil revenues. This means that approximately half of Iran’s government revenue comes from exporting oil to other nations.

Even though Iran’s Supreme Leader, Ayatollah Ali Khamenei, boasts about the country’s self-sufficient economy, several of Iran’s leaders recently admitted the dire economic situation that the government is facing. Speaking in the city of Kerman on November 12, Iranian President Hassan Rouhani acknowledged for the first time that “Iran is experiencing one of its hardest years since the 1979 Islamic revolution” and that “the country’s situation is not normal.”

Thanks to the US policy of “maximum pressure,” the Islamic Republic’s overall economy has taken a major beating as well. Lately, the International Monetary Fund (IMF) has again adjusted its forecast for Iran’s economy and pointed out that Iran’s economy is expected to shrink by 9.5% rather than 6% by the end of 2019.

One of the reasons behind IMF’s gloomy picture of Iran’s economy is linked to the Trump administration’s decision not to extend its waiver for Iran’s eight biggest oil buyers; China, India, Greece, Italy, Taiwan, Japan, Turkey and South Korea. Instead of showing economic growth in 2019, Iran’s economy would be 90% of its size by the end of 2019 in comparison to two years ago, based on a recent report from the World Bank.

Iran’s national currency, the rial, also continues to lose value: it dropped to historic lows. One US dollar, which equaled approximately 35,000 rials in November 2017, now buys you nearly 110,000 rials.

In addition, the Islamic Republic appears to be scrambling to compensate for the loss of revenues it is encountering. A few days ago, for example, Iran’s leaders tripled the price of gasoline. It appears a sign of desperation to generate revenues in order to fund their military adventurism in the region and support their proxies and terror groups.

This increase immediately led people to rise up against the government. In the last few days, several Iranian cities have become the scenes of widespread protests and demonstrations. The protests first erupted in Ahvaz and then spread to many other cities in the Khuzestan province as well as in the capital Tehran, and Kermanshah, Isfahan, Tabriz, Karadj, Shiraz, Yazd, Boushehr, Sari, Khorramshahr, Andimeshk, Dezful, Behbahan and Mahshahr.

Tehran’s diminishing resources have also caused Iranian leaders to cut funds to the Palestinian terror group Hamas and the Lebanese militant group, Hezbollah. Hamas was forced to introduce “austerity plans” while Hassan Nasrallah, the leader of Iran’s proxy, Hezbollah, has also called on his group’s fundraising arm “to provide the opportunity for jihad with money and also to help with this ongoing battle.”