The Coming Vaccine Mandates in America and How to Fight Them 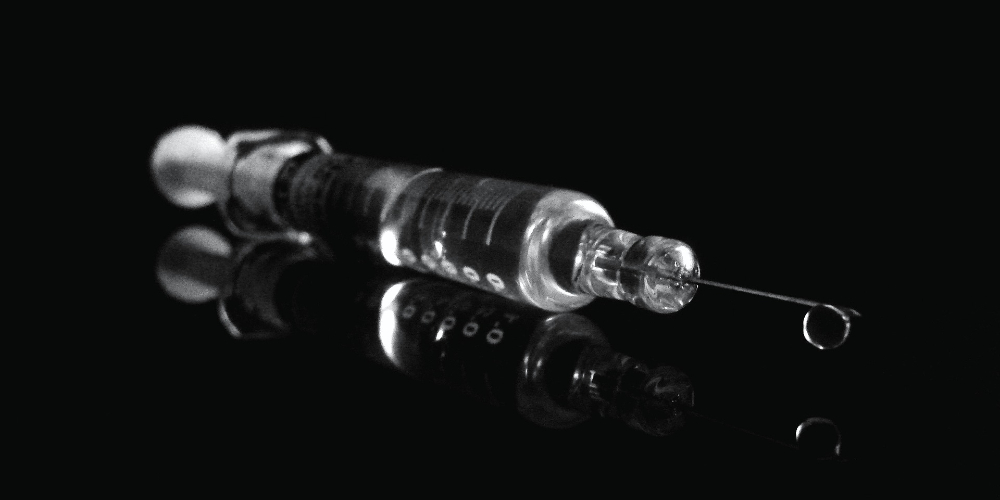 The Coming Vaccine Mandates in America and How to Fight Them

As bad as the movie Batman v. Superman was, there's a line in it that…

Nations across the world are falling one-by-one by embracing compulsory Covid-19 vaccinations. We’d like to think it couldn’t happen in America, but that would be foolish.

As bad as the movie Batman v. Superman was, there’s a line in it that I often loosely quote, usually sarcastically. “If we believe there is an even 1% chance that he is our enemy, we have to take it as an absolute certainty.” The line was ridiculous in the movie and even more ridiculous when applied to real life, but considering how ridiculous everything in real life is becoming, we have to consider the possibility that our government will apply this thinking to Covid-19.

Unfortunately, they won’t do so sarcastically.

The general messaging coming out of DC, mainstream media, academia, Big Tech, and an uncomfortable number of private businesses across the country is that a disease with a 99.97% recovery rate for otherwise healthy people under 50-years-old must influence every action we take in our lives. It has devastated the economy, prompted dramatic spikes in suicides and drug overdoses, closed down businesses, curtailed the education of millions of children, and changed the collective psyche of the nation. But you knew all of this. Now, let me tell you something you may not know.

Compulsory vaccines are coming to America. Unlike countries like Israel who did it wholesale, our coming vaccine mandates will trickle in. They already are at schools, businesses, and government entities. Anytime someone is forced to choose between remaining unvaccinated or enjoying the opportunities and activities afforded to the vaccinated, we have de facto mandates already in place. And while Anthony Fauci has stated he does not think it can happen at the national level without major blowback, he has encouraged governments and private institutions at every other level to mandate vaccines as a prerequisite for participation.

If we do not do something immediately, the question of compulsory vaccinations will quickly switch from “if” to “when.” An article by Mac Slavo from SHTF Plan details some of the major concerns we’re facing. Below the article, I will go into the actions we must take in order to stave off the vaccine totalitarianism that’s coming…

War On “Vaccine Hesitancy” Lost! Prepare For What’s Next!

The mainstream media and the ruling class are disgruntled that they have lost the war on “vaccine hesitancy.” Those left un”vaccinated” are almost 100% unlikely to get the shot.

Polling shows that it’s over for the masters who demand we get the “vaccine” that isn’t a vaccine by any legal or other definition.

The Biden administration faces an uphill battle to meet its goals for Covid-19 vaccinations, as a newly released poll shows that 80% of American adults who haven’t yet received the jab have no intention of ever doing so. The propaganda has failed as the United States hovers around 50% as far as slaves willing to bow down to and obey their masters and get “fully vaccinated”.

The results of the Associated Press-NORC poll, which was released on Friday, revealed that 45% of unvaccinated respondents said they “definitely” wouldn’t be getting inoculated against the virus, with 35% indicating they “probably” wouldn’t do so. Only 19% of those who hadn’t been vaccinated intended to get the shots, and just 3% consider those plans definite.

The responses suggest there is little room for growth in US vaccination rates, because 67% of participants had already received the jab, and only 1% of overall respondents said they would definitely get inoculated. Just 5% said they would probably get vaccinated. Other unvaccinated Americans don’t plan to get jabbed, meaning around 73% is the apparent upside for the nation’s adult vaccination rate. -RT

Nearly 60% of adults are fully vaccinated, and the rate is 49% for the overall population. So the blame will go to those who disobeyed and refused to act like slaves. In Alabama, which ranks last in the nation, with just 34% of its population fully vaccinated, and only a trickle of residents rolling up their sleeves to get the shots, Governor Kay Ivey became so frustrated on Thursday that she said it’s “time to blame the unvaccinated folks” for rising Covid-19 infections.

With most unvaccinated Americans firmly entrenched in their decision, some public-health experts are calling for tougher measures to force people to get the shots. Dr. Anthony Fauci, Biden’s chief medical adviser, has called for local governments, businesses, and schools to mandate vaccination because the administration would face too much public backlash if it tried to make the jabs compulsory.-RT

The real problem is still coming. They did not get enough people convinced to take this shot. So what’s next? A real pandemic that will do damage that people can see with their eyes this time? Don’t put it past them. They could also start blaming the deaths of the vaccinated on the unvaccinated more vigorously even though logic and critical thinking say it isn’t possible.

Our options are becoming limited. It used to be easy to say, “Write your Congressman and tell him how you feel.” Today, that’s simply not going to work as every Democrat and an alarming number of Republicans are embracing authoritarianism under the guise of keeping us healthy.

Protests are necessary, but we shouldn’t expect much to come from them, either. The January 6 protests are being used as the predicate to subvert our rights to assemble. Even if they do not take away those rights, the Deep State is sending a very clear message that protests from the right are going to be quashed with every means necessary, even through assassinations as they demonstrated with Ashli Babbitt. Even if we set up protests, the Deep State is warning others not to attend. Unfortunately, far too many will cower as they heed these warnings.

So, if protests and contacting our representatives won’t make a difference, what will? Here are a few things we need to do…

“Uh oh. He went there.” My faith-averse readers may be abandoning ship right now, but so be it. The truth is the truth. If we’re going to win this battle, we need help. First and foremost, we must engage in prayer for discernment to spread throughout our populace and leadership. As Ephesians 6:12 tells us:

For we wrestle not against flesh and blood, but against principalities, against powers, against the rulers of the darkness of this world, against spiritual wickedness in high places.

If we think we can stop this alone, we are wrong. This may be the beginning of tribulations for believers across the world, or it may simply be a foreshadowing of events to come. I do not partake in eschatological speculation; I just keep my eyes open. But one does not have to believe we’re on the verge of the end of this world to realize the increasingly draconian nature of governments across the planet is expanding tremendously.

Prepare to Take Care of Yourself and Your Family

We are being subjugated little by little. Eventually, the unvaccinated will be oppressed, and it won’t just be from government. Our friends, families, and neighbors are ready to turn against us. When the FDA approves these injections, we can expect the push for compulsory vaccines to hit full stride.

I am not a “prepper” but I now see the efficacy of preparing physically even as we continue to bolster our resolve spiritually. Being prepared for an inability to participate in basic human freedoms is absolutely necessary. Does that mean buying land in Montana and going off the grid? Perhaps, for some. For others, it may just be getting supplies and saving currency in various forms from cash and gold to crypto and ammunition. Be sure to have water available as well.

Get a New Job if They’re Going to Mandate Vaccines

Those who work for companies that may invoke vaccine mandates shouldn’t wait around for the memo to hit their inbox before seeking safer employment. Just as more businesses are asking employees if they’re vaccinated, so too should employees be asking their current and future employers their stance on vaccine mandates. It might even be time to live the long-lingering dream you may have of becoming your own boss. I did, and while it’s not nearly as lucrative as what I did before, I sleep better at night.

For me, these sites are what support my family. We have explored every monetization opportunity available. I even ran a 24-hour test on Google just to see why so many “conservative” sites use Google Adsense for monetization. Is it really that much better than the less-evil alternatives? As it turned out, yes it was. But I took it down anyway. It took them less than 24-hours to determine I had 146 articles that were “not suitable” for Google Adsense because they contained “potentially harmful or misleading” information. When I saw that, I literally LOL’d.

Any help that comes from our readers is GREATLY appreciated. Right now we’re in “get out of the red” mode but once we’re secure, we will switch to “grow and spread the truth” mode. We’re not here to get rich. I left a cushy corporate job to do this for a living because I believe the need for truth supersedes my desire for a big 401K. Those who can contribute, please do so.

Arm Yourself with Knowledge and Spread It

Arguably the most important thing anyone can do to stop the coming vaccine apocalypse is to stay informed and inform everyone else. It’s getting harder; Big Tech makes sure the ways we grew too accustomed to using to spread the word on a given subject have been cut off from “disinformation,” also known as the truth. That means we must rely on other ways to get the truth out there. Speaking boldly and intelligently about the issues is important. It can be also dangerous, so be warned. It may be worthwhile for some to become Covid-19 “vaccine” watchmen, spreading the truth through whatever channels we have available.

The pressure campaigns continue to strengthen. That means we must maintain our own resolve while bolstering the resolve of others. Just because someone is a “vaccine skeptic” today doesn’t mean they cannot be converted. As a nation we have been blessed with prosperity, but that prosperity can be a two-edged sword. The threat of losing our prosperity may be enough to make people lose their resolve, and those threats are certainly coming. Strengthen the determination of your friends and family and they can help to strengthen yours.

Lastly, seek the truth. It’s harder and harder to find on normal channels. This is why I became an editor at The Liberty Daily. It’s why I launched so many other sites listed below. There are fewer and fewer news outlets telling the truth, even among “conservative” media. I will fight to bring the truth to light to as many people as I can until the powers-that-be bring guns to my home and force me to stop.

We are in the most troubling of times this nation and the world have seen in the modern era. The Adversary is making moves that we cannot easily counter, but that doesn’t mean we give up. We fight until the bitter and glorious end.