The Conspiracy To Take Down The Five Eyes And All Of The White Western Christian Nations In Order To Raise Up Satan’s Stinking New World Odor! Must See Video!

Another red pill just waiting to be consumed.

THE LAST BATTLE – DEBATE IS OVER. IT IS TIME FOR ACTION! [MIRRORED] 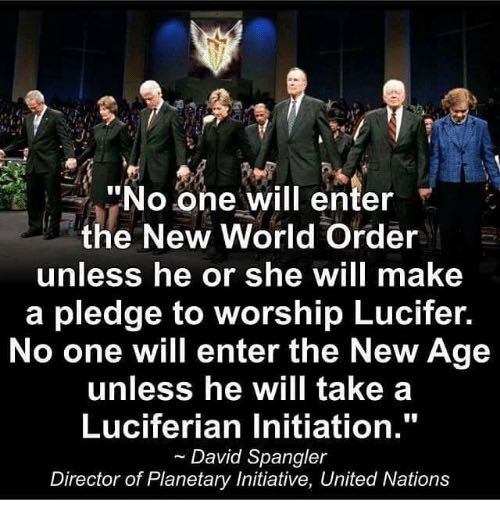 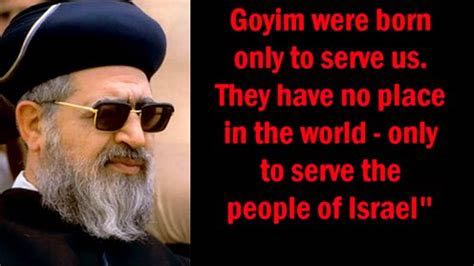 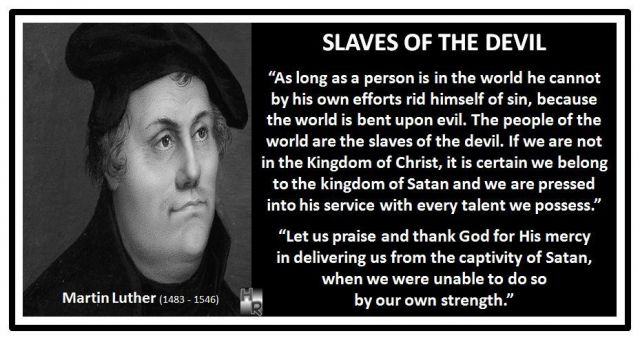 The white race are the True Tribes of Jacob Israel and the Jews are Edomites according to their own writings.  The Jews are the children of the devil in John 8:44 and they are liars and murderers and we are not supposed to believe in Jewish fables in Titus 1:14.  The Jews claim to be the “chosen people” but their god is Lucifer as admitted by Harold Rosenthal in his interview.  There is no Judaism in the bible and the Jews follow the Christian Loathing Babylonian Talmud which is Satanism. Judaism is 100% Communism and is antiGod. The Jews are antiChrist and Christians should not have anything to do with them in business or in life.  The Tribes of Jacob, the Caucasian are the Holy Seed of God of Abraham Isaac and Jacob and we are commanded not to live among the non Israelites or the non whites and we are not supposed to race mix.  The Jews are the serpent hybrid race by the Serpent raping Eve in the Garden of Eden and are out to destroy the white race and all of God of Abraham Isaac and Jacob’s creations.

The Christians have been duped into worshipping the Jews as the churches have been infiltrated by the Jews with their Communist agenda that all races are equal which is total nonsense.   The Jews control the Churches, Hollywood, Sports, all the politicians, the schools, the internet, the media, the book publishers, the banks, Big Pharma, the police, all secret societies, the Vatican, the Jesuits and soon the entire world which they will control from Is-ra-hell after they destroy America.  Judeo Christianity is an oxy moron as the Jews are against Christ and Christians should not have anything to do with unbelievers.

Be ye not unequally yoked together with unbelievers: for what fellowship hath righteousness with unrighteousness? and what communion hath light with darkness?  (2 Cor. 6:14 KJV)

The Jews plan on setting up their contrived Noahide Laws to behead anyone that believes in Jesus as Satan’s last harvest to kill as many Christians and Caucasians as they can.  The Jews own Big Pharam and are planning to depopulate the planet with their Covid 19 vaccines which together with 5G will kill millions.  Do not take anything being offering by Kill Gates or Elon Musk as they are both giving out the Mark of the Beast (Covid 19 vaccines, Covid 19 test, quantum dot tattoo and neuralink).

It is the Caucasians that have lost their identity and not the Jews as the Jews know who they are and the Jews know who the True Tribes of Jacob are by the color of their skin.  The white race is the newest race on earth and is only about 7500 years old.  The white race is the only race with a moral compass that knows right from wrong and have been given all the blessing as promised in Genesis.  Now, the white race is subject to all the curses for turning their face away from God of Abraham Isaac and Jacob and not following God of Abraham Isaac and Jacob’s Commandments and Ordinances.

In the 1925 Jewish Encyclopedia, it states “EDOM IS MODERN JEWRY.” The Jewish Ency. 1925 Ed., Vol. 5, Pg. 41.  The Jewish Almanac 1980 Pg.3 states Jews are not Israelites or Hebrews. The Pharisees, which are now the Ashkenazis, told Jesus the Messiah that they are of Abraham’s seed but were never in bondage, which can only mean one thing.  The Pharisees / Ashkenazis are descendants of Esau which mixed with other races and became known as the Edomites (John 8:33).

Satan believes that if he can kill off the population, then there will be no one of faith left to call upon Jesus the Messiah to return to earth as detailed in Hosea 5:15.

In Hosea 5:15, Messiah Jesus tells us:   ”I will go and return to my place, till they acknowledge their offence, and seek my face: in their affliction they will seek me early.”

Links to prior heavily censored posts as BIN will not feature anything that goes against the Jewish Edomite party line and suppresses all my posts.  Censorship has dramatically increased! 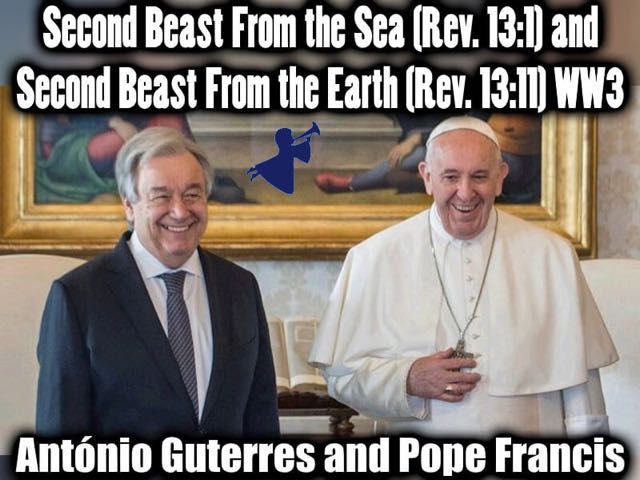 Bombshell: The antiChrist Has Arrived! Find Out Who Is Going To Rule The World! Great Video and the Calculation of the Number of the Beasts 666 Per Revelation 13!

The Main antiChrist “The Big Dicktator” Is Here!  Antonio Guterres at the Luciferian UN is the main antiChrist that will be the one world Dicktator that will run the One World Government for the Jew NWO.  He is referred to as the Little Horn in Daniel 7 and the Beast That Comes Out Of the Sea In Rev.13.  Dope Francis is the Beast that comes out of the earth as he is the false prophet. 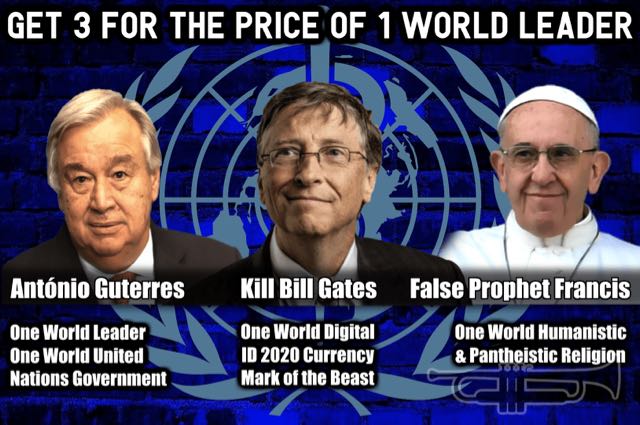 Note that Antonio Guterres is a Portuguese Jew, Kill Bill is a German Jew and Dope Francis is an Argentinian Jew.  These 3 “dicks” are all fallen angels and super evil and they want all non Jews dead.  Some Jews may be sacrificed just like in WW2 to achieve the Jewish objective of taking control of the entire world and making everyone else their slave who manage to survive their kill shots / Covid 19 vaccines/ Covid 19 tests / flu shots /  quantum dot tattoos / Neuralink which are all Marks of the Beast plus the food shortages and nuclear war.  The Jews are the Satanic Serpent seedline from Satan’s rape of Eve and are at war with God of Abraham Isaac and Jacob and His Son, King Jesus, and His Holy Seed, the white race which are the Tribes of Jacob, and all Christians grafted in.  See Genesis 3:15 and John 8:44-47 and links below for more info.  Adolf Hitler and Joseph “Rabbi” Goebbels were the First Two Beasts of the Sea and the Earth respectively in WW2 and were both Jews. 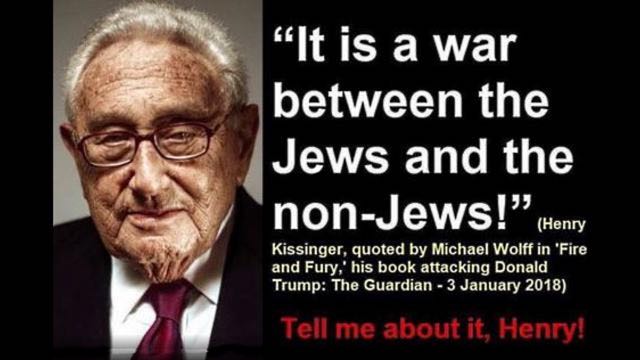 The Truth About The Elites Who Are Trying To Enslave And Kill Us! Must See Videos! 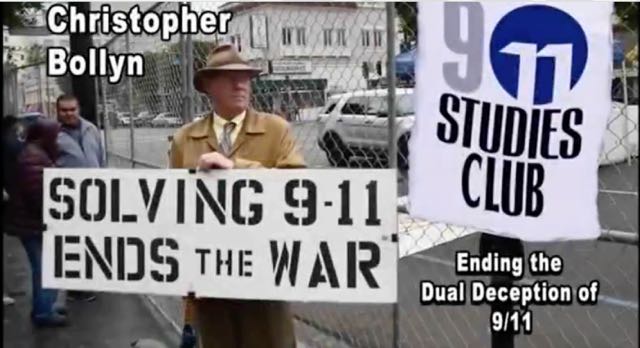 Solving 9/11 Ends The War On Terror! The 9/11 Masterpiece – Christopher Bollyn Connects Every Dot! 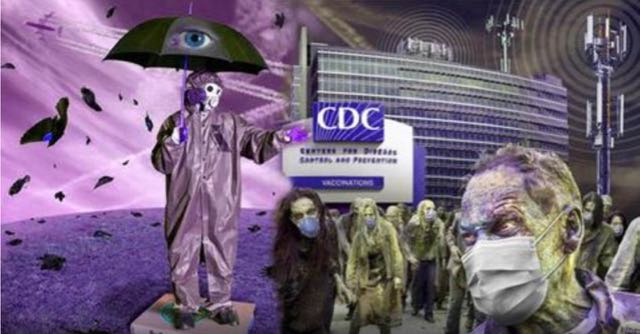 Weather Wars And Covid Crimes. Must See VIdeo By TheCrowhouse! 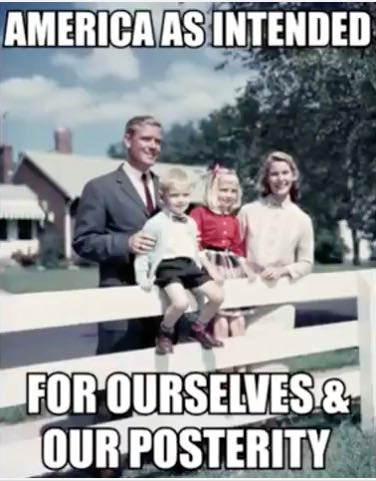 It’s a Big Club And You Ain’t In It! The American Dream Is Over! Coronavirus Hoax – Jews Crash Global Economy – Get Ready For The Noahide Laws. Remove Your Children From All Jewish And Multiracial Influence! Must See Videos! 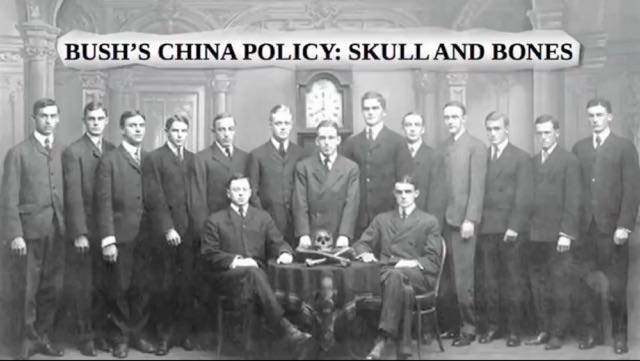 Mao Tse-Tung: An Alumni Of Yale University’s “Order Of Skull & Bones”. How China Became A Superpower By The “The Corbett Report”. Must See! 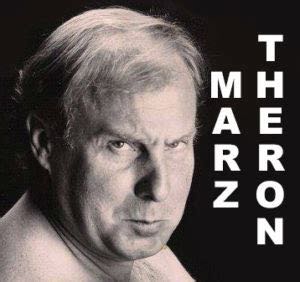 Eugenics: The Elite’s Plan For Depopulation By Vaccine Is In Full Swing. Where’s The Cavalry? Must See Videos! Never Has The News Been So Entertaining! 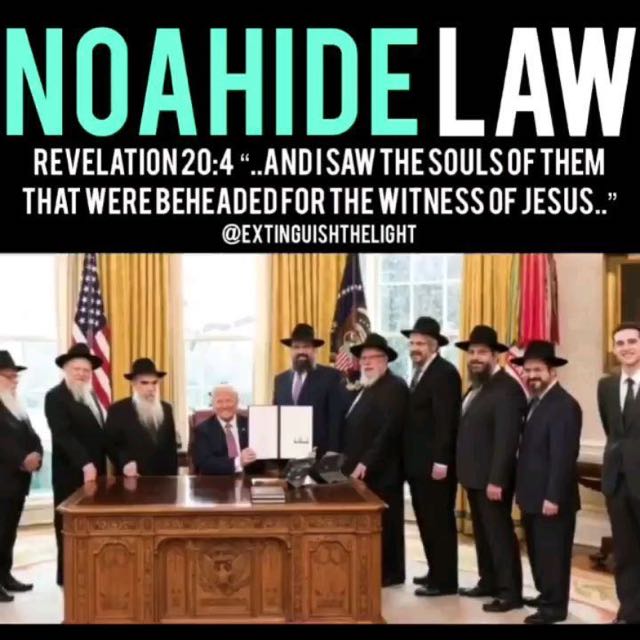 80% Of Americans Are Deficient In This Very Vital Nutrient. Click Here To Find Out What It Is