The Origin of Coal 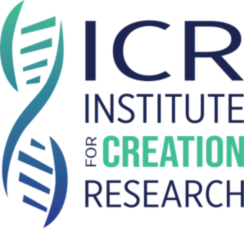 The Origin of Coal | The Institute for Creation Research

Accumulated, compacted and altered plants form a sedimentary rock called coal. It is not only…

Accumulated, compacted and altered plants form a sedimentary rock called coal. It is not only a resource of great economic importance, but a rock of intense fascination to the student of earth history. Although coal forms less than one percent of the sedimentary rock record, it is of foremost importance to the Bible-believing geologist. Here is where he finds one of his strongest geological arguments for the reality of the great Noachian Flood.

Two theories have been proposed to explain the formation of coal. The popular theory held by many uninformitarian geologists is that the plants which compose the coal were accumulated in large freshwater swamps or peat bogs during many thousands of years. This first theory which supposes growth-in-place of vegetable material is called the autochthonous theory.

The second theory suggests that coal strata accumulated from plants which had been rapidly transported and deposited under flood conditions. This second theory which claims transportation of vegetable debris is called the allochthonous theory…