The Truth about Vaccines from Parents, Nurses, Doctors, Scientists, and History

The Truth about Vaccines from Parents, Nurses, Doctors, Scientists, and History | ENCOGNITIVE.COM 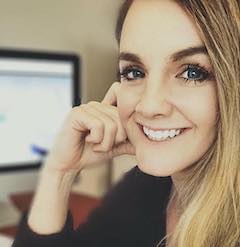 My name is Meghan Rose. I am a former Infectious Disease RN (Registered Nurse). I have six beautiful children, two fully-vaccinated, two partially-vaccinated, and two not vaccinated. When I learned the truth about the fraudulent vaccine program, it was an absolute no-brainer for me to speak up about it. Thank you for the opportunity to share my story with you.

You have several children. Some are vaccinated and others are not. What has been your observation between your vaccinated children and non-vaccinated ones?

I have six children. My two oldest are fully vaccinated and were frequently ill as babies. Both had multiple bouts of strep throat and tonsils swollen to the point of not being able to get anything down, and were subsequently hospitalized for dehydration. My oldest son had horrible gut issues as well, and ADHD (Attention Deficit Hyperactivity Disorder), Anxiety, and OCD (Obsessive Compulsive Disorder). My second oldest also had horrible psoriasis as an infant and well into his childhood along with the other issues.

My third son is the least of my vaccine injured children—and he was partially vaccinated up until he was three years old. He had gut issues for the first year of life.

My fourth son was vaccinated up until he was 18 months. He had frequent Hand, Foot, Mouth sores and began head banging around 12 months.

My daughter (my fifth child) had the Vitamin K shot at birth and no vaccines.

My sixth child, my son Elijah had neither the Vitamin K or any vaccines.

My daughter (1 vaccine) and my youngest son (no vaccine) are by FAR and away the healthiest of all of my children.

As a nurse, how many years did you attend medical school? During that time, what were you taught about vaccines?

During my time in Nursing School (four years), we weren’t taught anything other than the vaccine schedule.

No, we weren’t taught about vaccine ingredients and side effects. Only the schedule that vaccines are given. And as far as I know from the many other medical professionals I’ve spoken with—they are ALL only taught the schedule. Education all leads to the same place as far as medical education—there is a money trail there.

When your first four children were vaccinated and had constant health complications, what did you attribute the cause to?

At the time, I didn’t have any idea why we had the issues we had. I did not at all connect them to the vaccines, only because I never in a million years would think something unsafe would be allowed to be given to children. I was young and naive.

Did you take them to the doctors? If yes, what did they say?

I did on some occasions if they were very sick, but vaccines were never brought up.

For example, both of my sons had chronic swollen tonsils. Sometimes they would become so bad that they literally couldn’t get anything down and had to be hospitalized for dehydration. I would have to get their old medical records to see if they coincided to vaccines.

At that time, did you, your nurse colleagues or doctors, ever thought that vaccines were the cause?

What changed your mind about vaccines?

I had always been very PRO-Vaccine. I worked in Infectious Diseases as an RN for two years, and as an Elementary school RN for six months. While I was working in the elementary school, we had two children who had vaccine exemptions, one was a philosophical exemption (which have since been removed from that state), and the second was a medical exemption because the child’s brother had passed away from his six-month vaccines. Before that time I had NO idea vaccines could even cause harm. I thought this incident was one-in-a-million.

In 2016, there was a big stink made about the movie Vaxxed. When it got pulled from the Tribeca film festival, it piqued my curiosity as to why they were trying so hard to keep it from being seen…so I watched it. It tore my heart up. Of course, this movie is just about the CDC-Autism cover-up. So I went out in search of the actual numbers and facts. I went to the CDC (Centers for Disease Control and Prevention) and WHO (World Health Organization) and FDA (U.S. Food and Drug Administration) websites. I looked up death rates before and after diseases.

—What was the likelihood of contracting the disease?
—How was it contracted?
—How frequently did complications occur if you DID contract it?
—Was it treatable? If yes, how so?
—What were the death rates?

Then I went to the FDA website and pulled up the vaccine inserts, looked at adverse events from the vaccines. I looked up all ingredients and researched what they did to the body.

I was STUNNED to say the least. We have been lied to for a century and our children have paid the price with their health, and some with their lives. It is absolutely disgusting.

You wrote that you were “very PRO-vaccine”. During the time you were pro-vaccine, what did you think about the anti-vaxxers or ex-vaxxers?

I thought they were conspiracy theorists, or crazy.

What did your nurse and doctor colleagues think when you became anti-vaccination?

I didn’t realize the truth of vaccines until after I’d retired, so I was only in touch through Facebook. They have either not said anything to me—or have come forward and said they have learned a lot from my education and now are no longer supportive of vaccines.

If an expected mother were to ask you, “Should I vaccinate my baby?” What would your reply be? And why?

I would say, “Absolutely not.” There has never been safety testing of vaccines on pregnant women or the developing baby in utero. In fact, epidemiological studies have shown women are at significantly increased risk of miscarriage or stillbirth if they vaccinate.