There Are Far More Defensive Gun Uses Than Murders In America. Here’s Why You Rarely Hear Of Them. 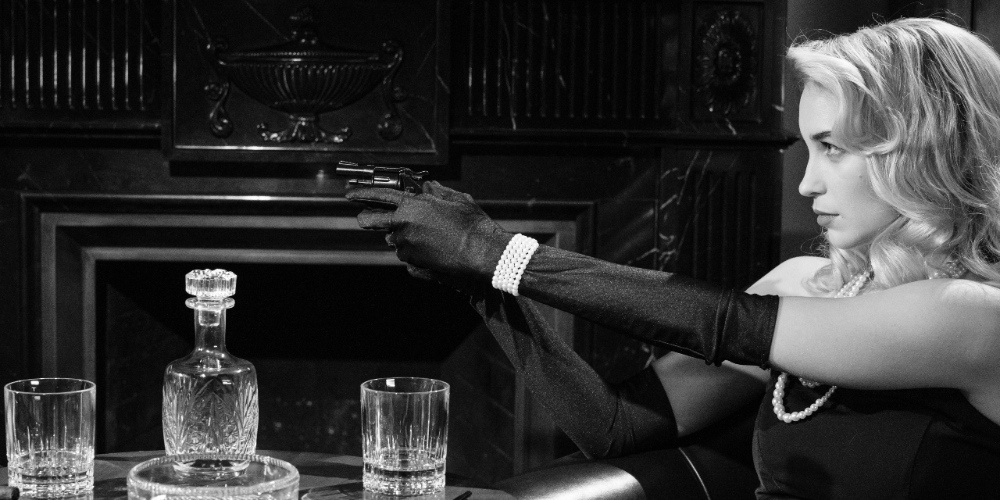 There Are Far More Defensive Gun Uses Than Murders in America. Here's Why You Rarely Hear of Them.

While Americans know that guns take many innocent lives every year, many don’t know that…

While Americans know that guns take many innocent lives every year, many don’t know that firearms also save them.

On May 15, an attacker at an apartment complex in Fort Smith, Ark., fatally shot a woman and then fired 93 rounds at other people before a man killed him with a bolt-action rifle. Police said he “likely saved a number of lives in the process.”

On June 30, a 12-year-old Louisiana boy used a hunting rifle to stop an armed burglar who was threatening his mother’s life during a home invasion.

On July 4, a Chicago gunman shot into a crowd of people, killing one and wounding two others before a concealed handgun permit holder shot and wounded the attacker. Police praised him for stepping in.

These are just a few of the nearly 1,000 instances reported by the media so far this year in which gun owners have stopped mass shootings and other murderous acts, saving countless lives. And crime experts say such high-profile cases represent only a small fraction of the instances in which guns are used defensively. But the data are unclear, for a number of reasons, and this has political ramifications because it seems to undercut the claims of gun rights advocates that they need to possess firearms for personal protection — an issue now before the Supreme Court.

Americans who look only at the daily headlines would be surprised to learn that, according to academic estimates, defensive gun uses — including instances when guns are simply shown to deter a crime — are four to five times more common than gun crimes, and far more frequent than the fewer than 20,000 murders each year, with or without a gun. But even when they prevent mass public shootings, defensive uses rarely get national news coverage. Those living in major news markets such as New York City, Washington, D.C., and Los Angeles are unlikely to hear of such stories.

As of Aug. 10, America’s five largest newspapers — the New York Times, Washington Post, Los Angeles Times, USA Today, and the Wall Street Journal — have published a combined total of 10 news stories this year reporting a civilian  using a gun to successfully stop a crime, according to a search of the Nexis database of news stories. By contrast, those same newspapers had a total of 1,743 news stories containing the keywords “murder” or “murdered” or “murders” and “gunfire,” “shot,” or “shots.” Including articles with the word “wounded,” the total rises to 2,764.

“Nobody who has done their homework on defensive gun use could possibly believe reading news articles accurately captures anything but an infinitesimal share of defensive gun uses,” Tomislav Kovandzic, an associate professor of criminology at the University of Texas at Dallas, told RealClearInvestigations. “The only way to measure defensive gun uses is with surveys. While there is no such thing as a perfect measure of anything, the fact that they consistently show large numbers of defensive gun uses can’t be ignored.”

The U.S. Department of Justice’s National Crime Victimization Survey indicates that around 100,000 defensive gun uses occur each year — an estimate that, though it may seem like a lot, is actually much lower than 17 other surveys. They find between 760,000 defensive handgun uses and 3.6 million defensive uses of any type of gun per year, with an average of about 2 million.

The difference between these surveys arises from the screening questions. The National Crime Victimization Survey first asks a person if they have been a victim of a crime. Only respondents who answer “yes” are asked if they have ever used a gun defensively.

In contrast, the other surveys screen respondents by asking if they have been threatened with violence. That produces more self-acknowledged defensive gun users, since someone who successfully brandished a gun is less likely to self-characterize as a crime victim. Survey data indicate that in 95% of cases when people use guns defensively, they merely show the gun to make the criminal back off. Such defensive gun uses rarely make the news, though a few do.

In March, a man police described as “armed and dangerous” attempted to rob a home in Smith County, Texas. The homeowner pulled a gun and the intruder “fled away on foot.” The criminal had shot a woman the night before and had previous “outstanding warrants for aggravated assault with a deadly weapon and felon in possession of a firearm.”

Later that same month, in Joplin, Missouri, a husband choked his wife during an argument. The wife was able to grab a gun to protect herself. The man fled the house and drove away before cops caught up with him.

In May, in Ogden, Utah, a stranger grabbed an 11-year-old girl on a school playground. An armed teacher observed this from inside the school, ran outside and confronted the suspect, giving the girl the chance to pull away from the attacker. The teacher held the man at gunpoint until police were able to arrive.

Defensive gun uses don’t loom large as a public concern not only because they tend not to feature dead bodies or blood. They are also underplayed because of a distorting feedback loop involving news organizations. Many leading outfits use data from the Gun Violence Archive to track firearm use. The GVA, however, relies primarily on news reports, creating literally an unvirtuous circle. This media coverage focuses on the most extreme cases, which academic research suggests is actually a minority of gun uses.

Mark Bryant, executive director of the Gun Violence Archive, defends the reliance on media accounts and discounts the argument that media disproportionately cover the most violent cases. “I don’t think it is a newsworthy issue. … [T]oo many media really like the feel good stories of homeowner standing up to home invader,” Bryant wrote to RCI. “Even better if it was a granny doing it. They don’t just go with the ‘if it bleeds …’ newsworthiness.”

Others disagree. Experts say that killings are usually more newsworthy than woundings, and woundings more notable than confrontations defused simply by someone brandishing a gun.

Experts interviewed by RCI said this coverage makes defensive gun uses appear as if they end in fatalities or woundings at much higher rates than they actually do. (In addition, many major outlets focus on instances where defensive gun uses go wrong, which may discourage people from defending themselves.)

Compounding the challenge, most police departments do not compile data on defensive gun use. One exception is the Houston Police Department. Jodi Silva, a spokesperson for the department, told RCI it has a rule to release a press statement whenever someone has been killed or wounded in a shooting. No other department does that. This helps explain why two-thirds of defensive gun uses compiled by the GVA come from Houston, with the rest found in news stories from elsewhere.

Mauser notes another anomaly: Police departments are only reporting instances when shots are fired. “That means they are certainly missing most defensive gun use cases,” he says.

There are still other problems with relying on news stories: They are typically written soon after the fact — before all the facts are clear. “Defensive gun uses in public usually result in an arrest, and rarely are the police certain enough about what happened,” Moody told RCI. “When police or courts later drop the charges, a follow-up news story or a report on the police blotter won’t cover those developments — so relying on news stories can get some genuine defensive gun uses classified as crimes.”

RCI found a number of cases that fit this pattern. On Sept. 9, a man was pulling into a Houston gas station when an armed robber stopped his car and demanded his belongings. The police arrested the driver while they were investigating the case, but they later found him blameless: “He is being very cooperative with the investigation and his story matches with witness statements.”

The Gun Violence Archive lists some incidents as purely criminal acts of violence when they really entailed defensive gun uses. Here are a few:

Many crimes also go unreported, so it is likely that many defensive gun uses are never known to the police and thus unknown to the media. Numbers from the Bureau of Justice Statistics show that less than half of violent crime victims report violent crime to police.

There are dozens of such cases from the last few years, but it is unlikely that many have heard of them since they attracted only local media coverage.

In extremely rare instances when national news media do cover a legal gun carrier’s prevention of a massacre, they can have a hard time getting the story straight.

Take the fatal shooting of two at the West Freeway Church of Christ near Fort Worth, Texas, in December 2019, for example. The media covered this attack, but repeatedly described the parishioners who stopped further bloodshed as “security guards.” “These were not security professionals, just members of the church designated as security personnel as a kind of honorary title,” Jack Wilson, the church member credited with stopping the attack, told RCI. Wilson said that 19 to 20 members of the congregation were armed, but that neither he nor the church monitored who was carrying.