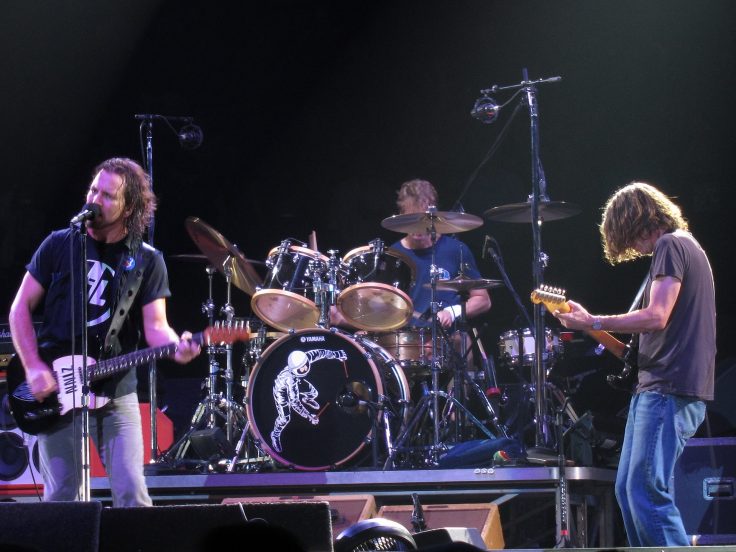 In 1996, the Chicago rock band Local H asked, “If I was Eddie Vedder / Would you love me any better?” It was a rhetorical question. For most of the 1990s, the charismatic singer and his bandmates in Pearl Jam were one of the most popular and acclaimed acts in rock, releasing five hit albums and spawning countless imitators. Although their cultural relevance faded with the 20th century, they still thrive as a touring band, becoming grunge’s answer to the Grateful Dead. In Long Road: Pearl Jam and the Soundtrack of a Generation, rock critic Steven Hyden provides a deep and engaging analysis of Pearl Jam’s remarkable career, and particularly what he considers its definitive identity as a live act.

Pearl Jam’s story starts with the end of Mother Love Bone, a Seattle band whose lead singer died of a heroin overdose shortly before its first album was released. MLB bassist Jeff Ament and guitarist Stone Gossard connected with Stevie Ray Vaughan acolyte Mike McCready to record a demo tape that made its way to Vedder, then a gas station attendant in San Diego. Vedder returned the favor with a demo of his own—including two songs that would appear on the band’s first album, 1991’s Ten. Album sales took off in 1992, thanks to MTV’s heavy rotation of “Jeremy.”…

Published in Culture, Entertainment News, US News and World News