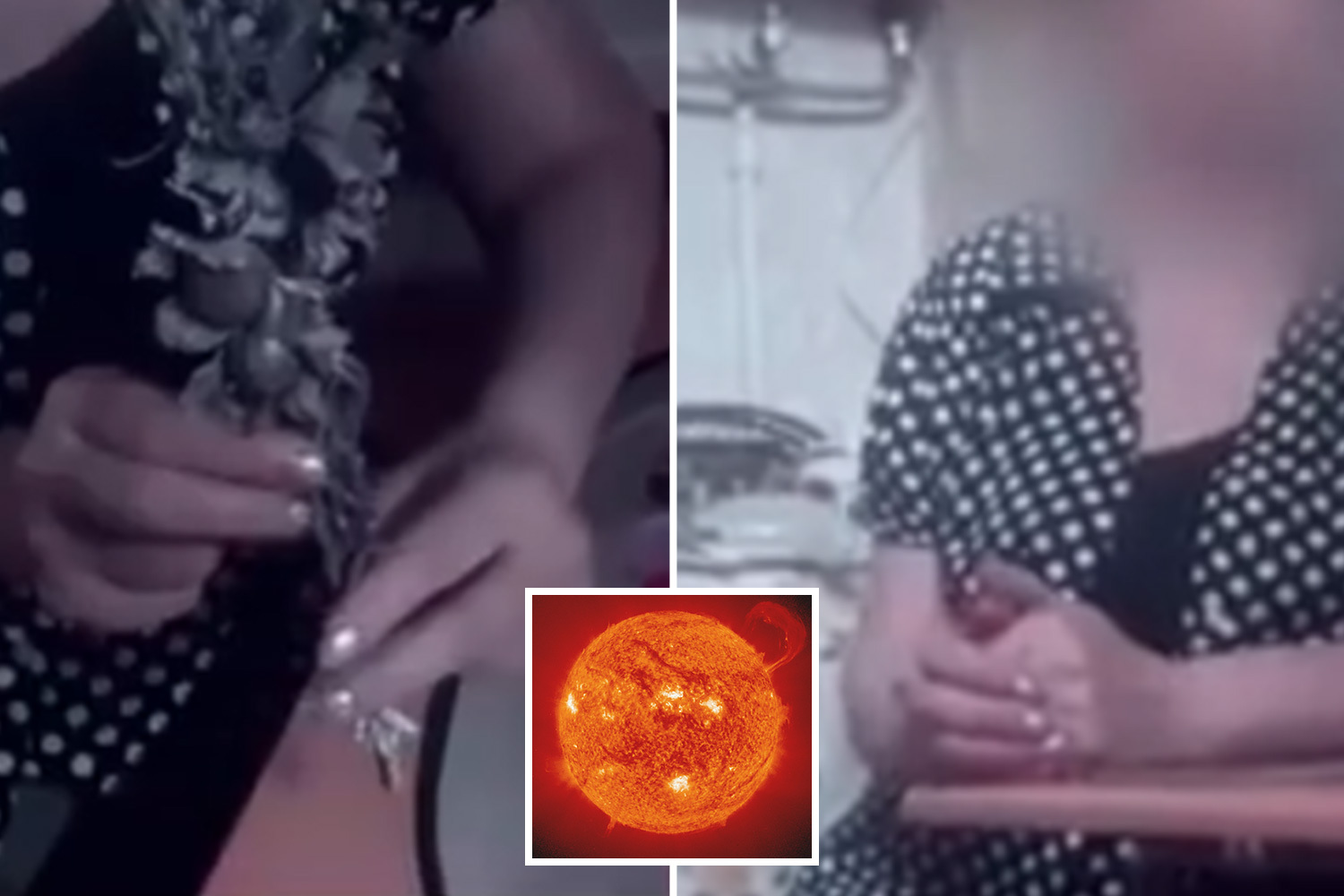 ‘Time traveller’ claims she has PROOF she’s from year 6,000 and of apocalypse

A “TIME traveller” claims she has PROOF she went to the year 6000 and warns of humanity’s destruction in a creepy Instagram video.

Chloe, an elderly woman from Finland, reckons that in 1966 she travelled to the future – before coming back with evidence of all life being wiped out.

A bizarre online clip sees the woman claim that the sun one day gets so close to Earth that civilisation is destroyed – before humanity roars back into existence after “a thousand years”.

After that, humans apparently develop a new green utopia that sees them living in high-rise buildings enmeshed into nature while dinosaurs and Neanderthals roam the planet’s surface.

In a bid to prove her voyage was real, Chloe shows a strange root that looks like a plastic plant – that she claims to have picked during her adventure.

She claims she was an economist at the Finland National Science Laboratory during the 1960s and was lured into a top-secret section of the lab and into a time-travel experiment.

“I sat on the chair of time machine. They fixed my arms and feet and also put a metallic tube on my head.

“The option of the tube was to load electric currents to my hands. I still remember those feelings… all the current filled my body. I lost my conscious.

“The next second, I opened my eyes in the middle of the street. I travelled to 6000 year.”

The pensioner then goes on to her mind-boggling claim that the sun had gotten closer to the Earth, destroying civilization as we know it.

The next second, I opened my eyes in the middle of the street. I travelled to 6000 year.

“The sun will get close to the Earth and average temperature will rise to 40C and the greatest to 70C. And, because of that, there will be a great collapse on the earth,” she said.

According to the economist, the scorching of earth will last “a thousand years” before it returns to the “same place as now”.

During her somewhat questionable visit to the future, Chloe claims the world looks completely different to how we see it today.

She says people “lost their domain identity” on Earth and began breeding pre-historic plants and that dinosaurs foraged the planet’s surface.

Chloe reckons humans lived in high-rise buildings 20 metres in the sky that were covered in wild fauna.

“Dinosaurs were revived in 4529 and became the main find in the zoos. People considered they were not so dangerous and let them into inhabitant zones, like jungles and safaris,” she said.

“The dinosaur exterminated all animals in those areas and also humans.”

Ending the recording, Chloe then furnishes a mysterious plastic plant called “Roklorulo” which she claims is the food of dinosaurs and something she stole during her voyage.

But Chloe’s bizarre claims did not stop there.

Before ending her interview, she warns that humans would have a recording chip inserted in their eyes from the year 2300 in a bid to “stop crimes”.