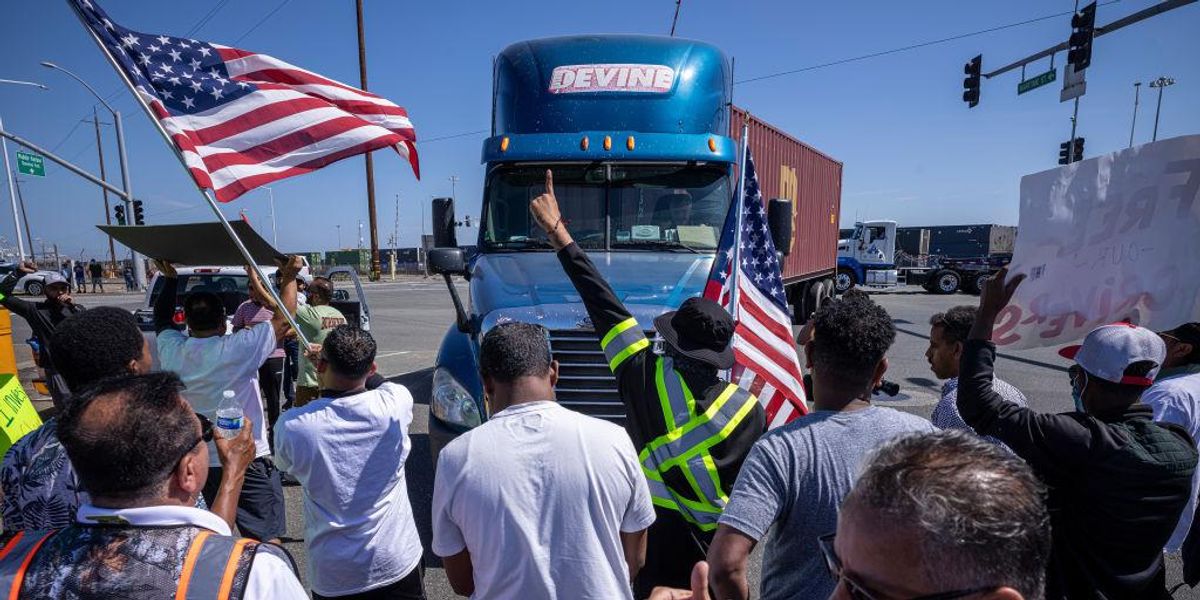 Independent truckers shut down the Port of Oakland as a protest against a labor law signed by California Gov. Gavin Newsom.

Since Monday, California truckers have been blocking access to the Port of Oakland with a protest against Assembly Bill 5 (AB5). The truck drivers successfully stopped operations at the Oakland port from Wednesday through Friday.

The Port of Oakland said in a Wednesday statement, “Trucker protests that started Monday over the implementation of AB5 have effectively shut down operations at shipping terminals at the Port of Oakland. The shutdown will further exacerbate the congestion of containers dwelling at the Oakland Seaport as port officials urge terminal operations to resume.”