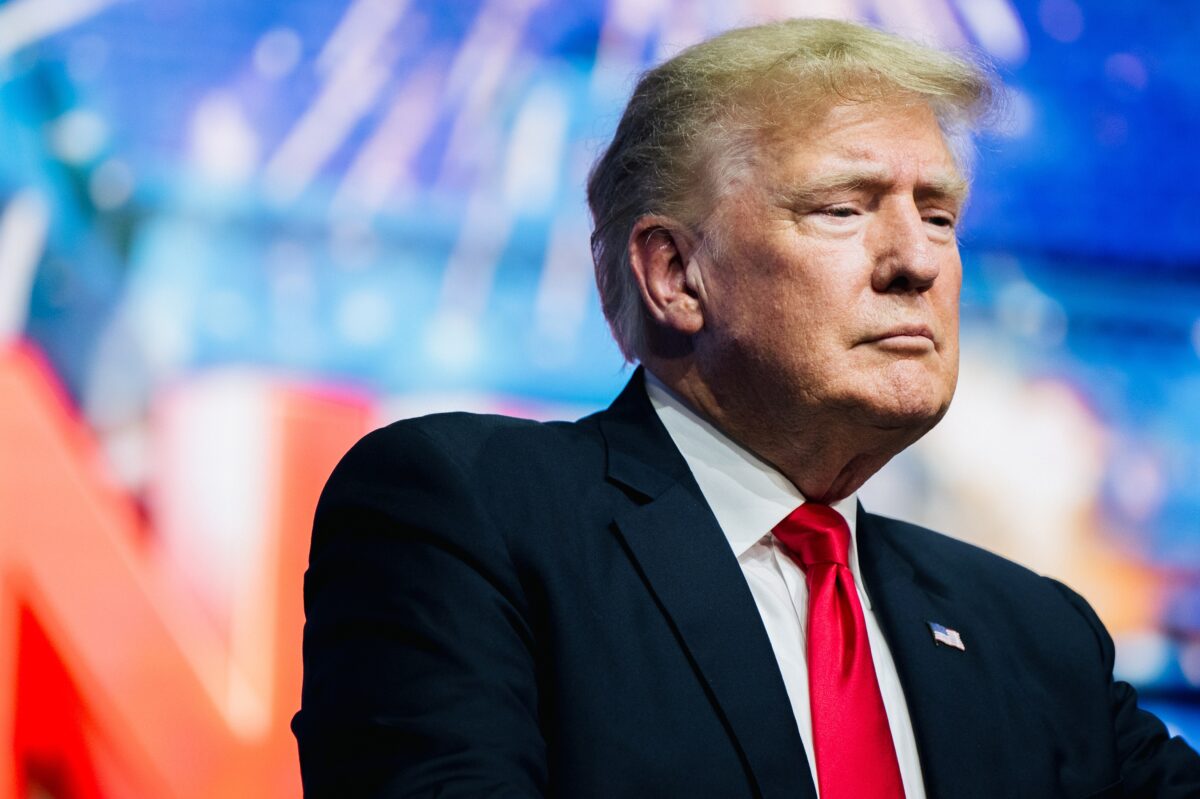 According to the America First Policy Institute (AFPI), Trump’s July 7 lawsuit against Facebook, Twitter, and Google is adding ”additional censorship experiences” from some of the nearly 65,000 people who submitted them to the institute.

Trump said at a July 7 press conference outlining his plans for the legal action that he expected thousands of people would join his lawsuit. Several people invited to speak at the press conference shared their experiences of what they said amounted to censorship by social media platforms.

“Joining us this morning are just a few of the many Americans who have been illegally banned or silenced under the corrupt regime of censorship,” Trump said at the time.

“These brave patriots are included in the lawsuit and thousands more are joining as we speak. Thousands more. They’re all wanting to join. This will be, I think will go down as the biggest class action ever filed,” Trump predicted.

AFPI said in its statement that Trump’s amended complaint includes “additional censorship experiences and incorporates additional class representatives, including Dr. Naomi Wolf and Wayne Allyn Root—individuals on opposite ends of the political spectrum who highlight the bipartisan need to protect the thoughts and voices of all Americans, regardless of political affiliation.”

Wolf, a longtime liberal and former adviser to the political campaigns of both Bill Clinton and Al Gore, told The Epoch Times’ “American Thought Leaders” program in a recent interview that the growing number of people banned from Big Tech platforms is leading to a wave of self-censorship.

Wolf, who was banned by Twitter in June for allegedly sharing so-called misinformation about COVID-19 vaccines, said the “chilling effect” her ban has had on other journalists is evident because some have reached out to her directly.

“I’ve gotten so many emails from other reporters saying, ‘I really admire you, I’m so sorry you were deplatformed.’ And when I would say ‘well, can you say that publicly?’ They universally said ‘I would, but I’m really afraid of being deplatformed.’ And I’ve seen the self-censorship that has gone on in the wake of some high-profile de-platforming of journalists,” she said.

Trump said at the July 7 press conference that his suit centers on protecting the First Amendment right to free speech.

“We’re asking the U.S. District Court for the Southern District of Florida to order an immediate halt to social media companies’ illegal, shameful censorship of the American people, and that’s exactly what they are doing,” the former president said.

“We’re demanding an end to the shadow banning, a stop to the silencing, and a stop to the blacklisting, banishing, and canceling that you know so well. Our case will prove this censorship is unlawful, it’s unconstitutional, and it’s completely un-American,” added Trump, who himself was banned from major social media platforms following the Jan. 6 breach of the U.S. Capitol.

Twitter, Facebook, and Google said in January that they banned Trump over his claims that the Nov. 3 election was stolen and alleged that he contributed to the Jan. 6 violence. Twitter executives have said Trump’s ban will be permanent, Facebook imposed a two-year ban on the former president’s account, and Google-owned YouTube has said it would maintain his suspension until it determines that “the risk of violence has decreased.”

Facebook CEO Mark Zuckerberg, Google CEO Sundar Pichai, and Twitter CEO Jack Dorsey were named in the lawsuits—as well as the companies themselves. Trump said the lawsuits will seek a court award of punitive damages over the suspension.

Jack Phillips contributed to this report.

Published in Big Tech and Trump