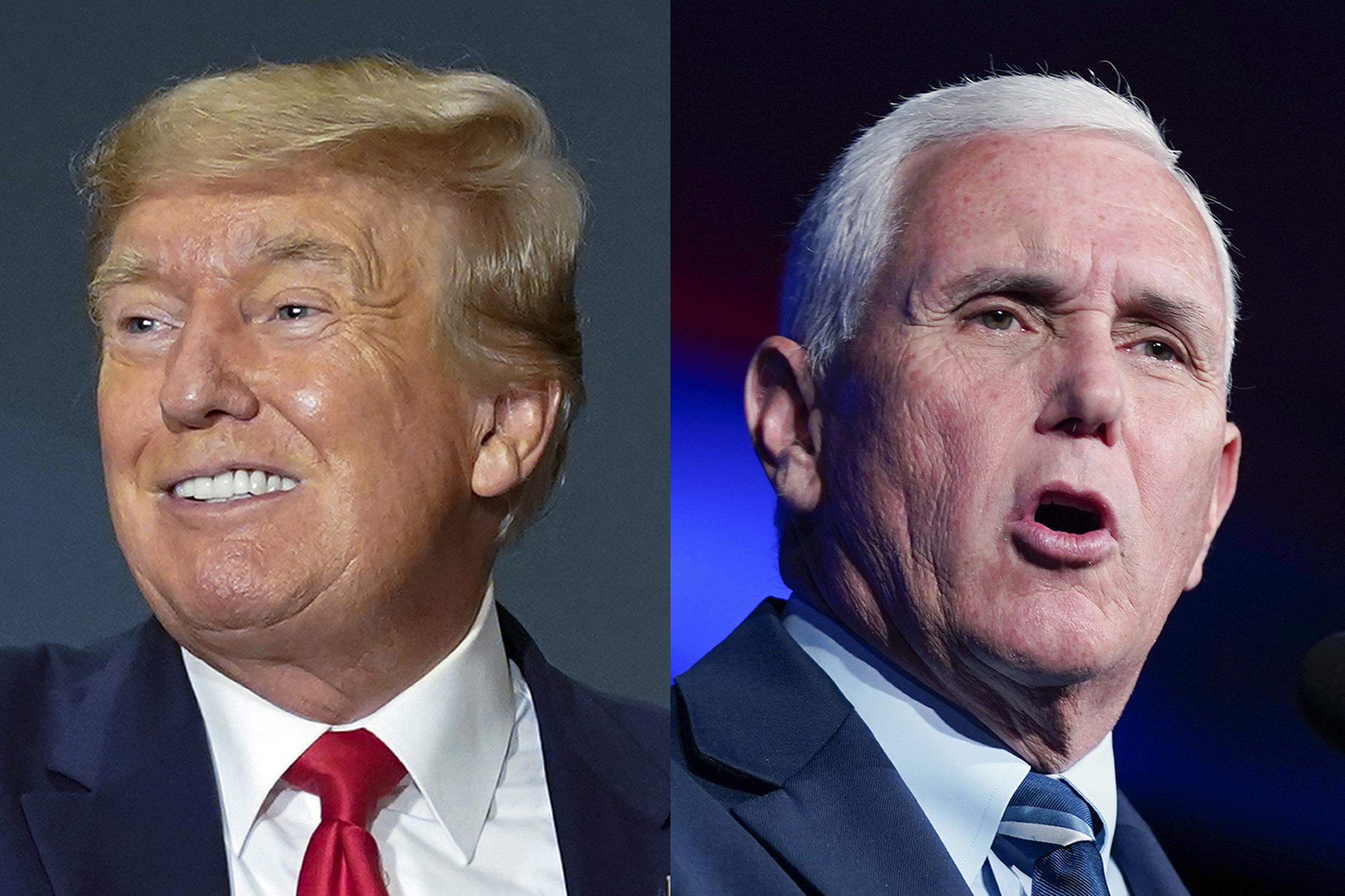 WASHINGTON (AP) — The intensifying rivalry between former President Donald Trump and his once fiercely loyal vice president, Mike Pence, was put on stark display Tuesday as the two gave dueling speeches in Washington on the future of the Republican Party.

Trump, in his first return to Washington since Democrat Joe Biden ousted him from the White House, repeated the false election fraud claims that sparked the Jan. 6 Capitol insurrection, while Pence, in a separate address, implored the party to move on from Trump’s defeat.

Federal and state election officials and Trump’s own attorney general have said there is no credible evidence the 2020 election was tainted. The former president’s allegations of fraud were also roundly rejected by courts, including by judges he appointed.

“It was a catastrophe, that election,” Trump nonetheless declared to an audience of cheering supporters at the America First Agenda Summit, about a mile from the White House he once called home.