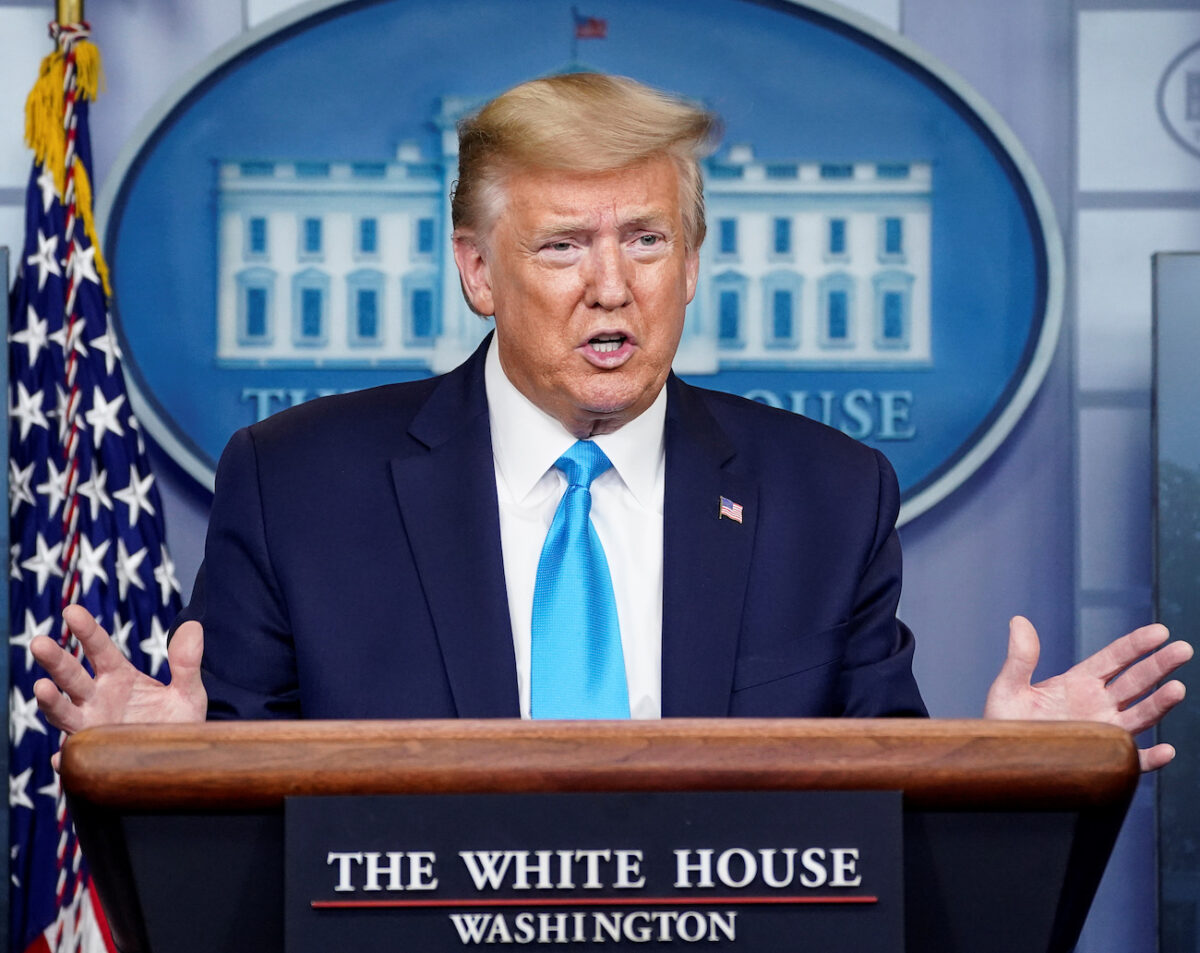 President Donald Trump said at a White House briefing he expects a sharp economic rebound later in the year due to what he said is “tremendous pent-up demand” combined with massive stimulus efforts.

Trump was asked by a reporter at an April 10 briefing of the White House COVID-19 task force what his top economic advisors thought of the new forecast by economists at JPMorgan, America’s biggest bank, that second-quarter output will nosedive by 40 percent.

“My economic advisors are interested in the third quarter and, really, the fourth quarter. And I think we have a chance to do record fourth-quarter numbers because there’s a tremendous pent-up demand,” he said.

Trump added that this week’s furious Wall Street rally, which saw stock indexes surge by historic amounts despite bad pandemic news, was proof of investor confidence and the potential for a V-shaped recovery.

“With all of this news, what would lead you to believe we were going to have the best stock market week—a shortened week—in 50 years? Almost broke the all-time record. You know what that is? That’s a pent-up demand.”

Published in Trump, US Economy and US News