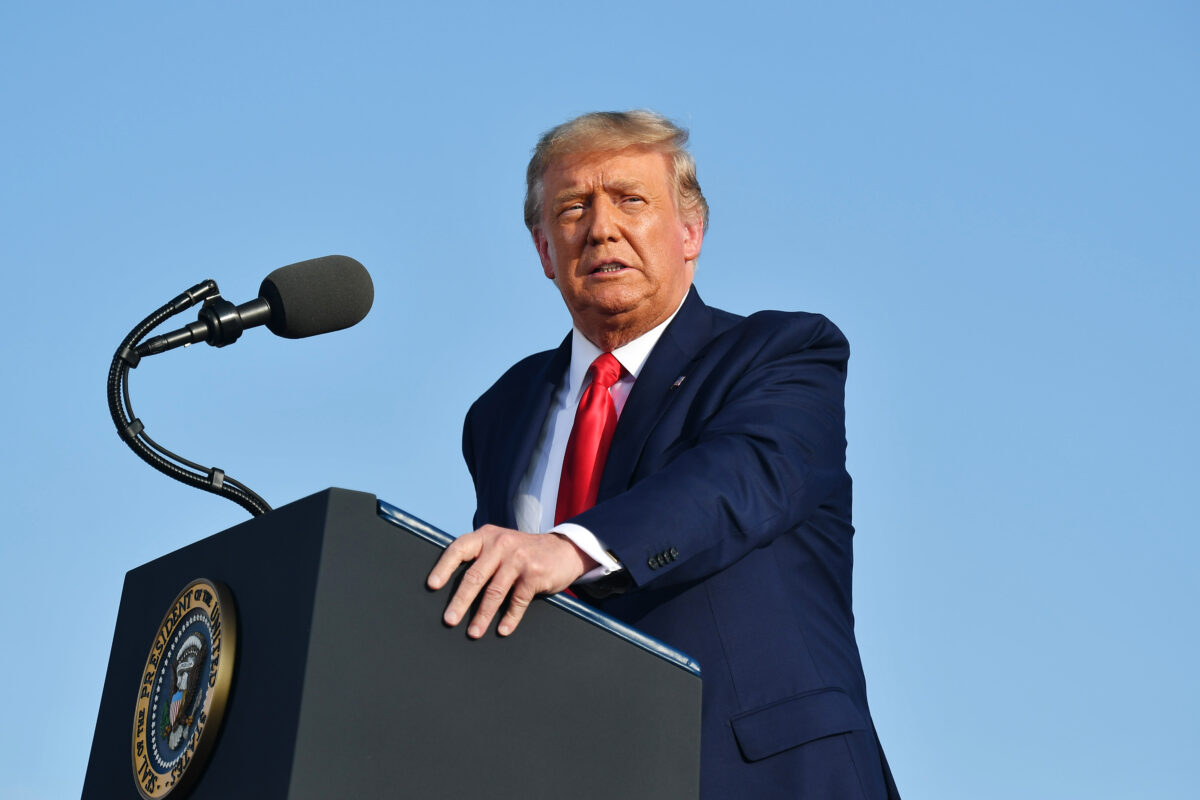 President Donald Trump on Sunday evening pushed back against a report that claimed he paid only $750 in federal income taxes in 2016 and 2017.

“It’s fake news. It’s totally fake news,” Trump told reporters at a White House press briefing after he was asked about the report.

The New York Times reported that Trump paid the sum in the year he won the presidency and in his first year in the Oval Office. The paper said it obtained the long-sought-after tax information for the president, alleging that he paid no federal income taxes in 11 of the 18 years it examined, saying he suffered overall financial losses.

The president, repeating an assertion, said he’s unable to release his financial records because he is being audited by the Internal Revenue Service (IRS).

“It’s under audit. They’ve been under audit for a long time,” he said. “The IRS does not treat me well.”

Trump added: “When they’re not [under audit], I would be proud to show [them].”

The president claimed he paid a considerable amount of taxes over the years. “First of all, I paid a lot,” he said. “I paid a lot of state income taxes too. New York State charges a lot.”

That information will be released in due time, said Trump, adding that it will only be done when the audit is finished.

“It’ll all be revealed,” he said. “I look forward to releasing many things. I’m going to release many things and people will be really shocked.”

“The IRS does not treat me well. They treat me like the Tea Party,” he said, referring to the IRS targeting Republican-leaning groups during the Obama administration.

Trump Organization lawyer Alan Garten issued a statement to the NY Times over the alleged tax records, saying that “most, if not all, of the facts appear to be inaccurate.”

“Over the past decade, President Trump has paid tens of millions of dollars in personal taxes to the federal government, including paying millions in personal taxes since announcing his candidacy in 2015,” Garten told the liberal-leaning news outlet.

Published in Financial News, Political News, Trump and US News