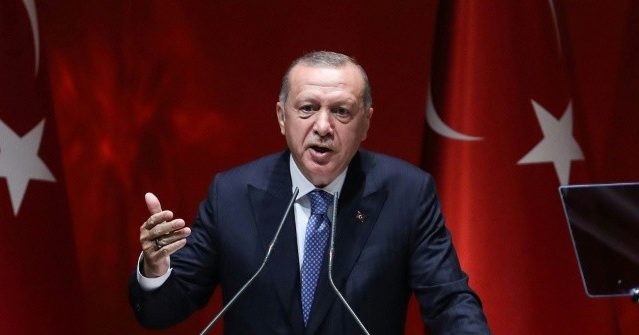 Recep Tayyip Erdogan’s government in Turkey has “effectively canceled the results of the March local elections” by removing three Kurdish Mayors from office, according to the NGO Human Rights Watch.

On Monday, the Turkish Interior Ministry removed the mayor of Diyarbakır, Adnan Selçuk Mızraklı; the mayor of Mardin, Ahmet Türk; and the mayor of Van, Bedia Özgökçe Ertan, from office on charges of “spreading propaganda” and being members of a “terrorist” organization.

All three mayors were elected in March as members of the People’s Democratic Party (HDP), a left-wing pro-Kurdish party who outperformed Erdogan’s Justice and Development Party in local elections.

Erdogan’s government claims that the HDP has ties to the Kurdistan Workers Party (PKK), which has fought a violent campaign against the Turkish over the past 35 years with the aim of establishing an independent Kurdish state. In a statement, the Interior Ministry accused them of working the PKK “rather than meeting the needs of citizens.”

The HDP refutes any formal connection to the PKK but has previously attempted to broker peace talks between the fighters and the government. In a statement, the HDP denounced the decision as “clearly a hostile move” against the Kurds and called for solidarity among all “democratic forces.”