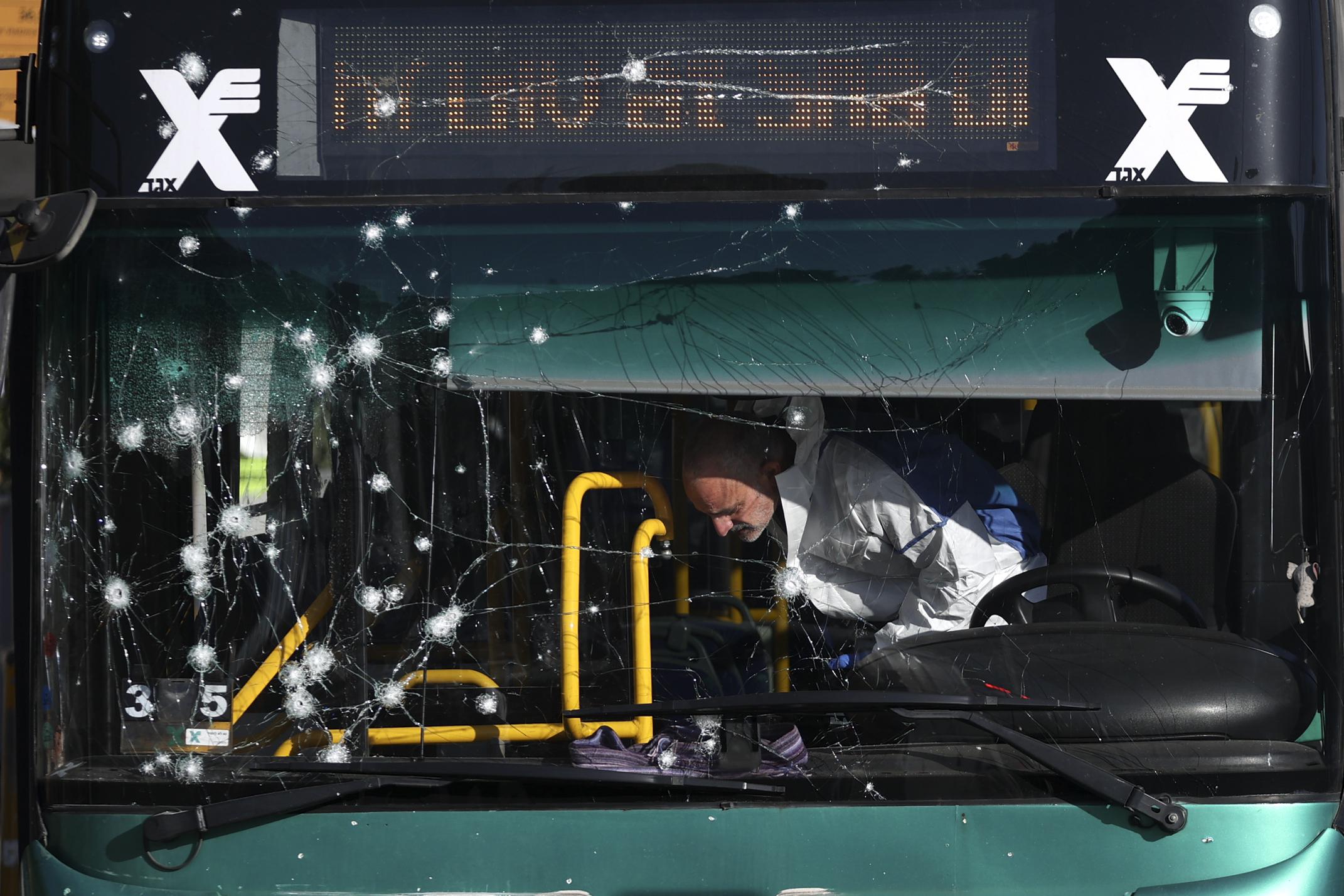 by ALON BERNSTEIN and TIA GOLDENBERG

JERUSALEM (AP) — Two blasts went off near bus stops in Jerusalem at the height of morning rush hour on Wednesday, killing a Canadian-Israeli teenager and injuring at least 18, in what police said were attacks by Palestinians.

The first explosion occurred near a typically crowded bus stop on the edge of the city. The second went off about half an hour later in Ramot, a settlement in the city’s north. Police said one person died from their wounds and at least three were seriously wounded in the blasts.

The victim was identified as Aryeh Schupak, 15, who was heading to a Jewish seminary when the blast went off, according to a notice announcing his death. Schupak was also a Canadian citizen, according to Canada’s Ambassador to Israel Lisa Stadelbauer…