Ukraine’s neo-Nazi Azov battalion has built a ‘state within a state,’ and it despises both Russia and the liberal West 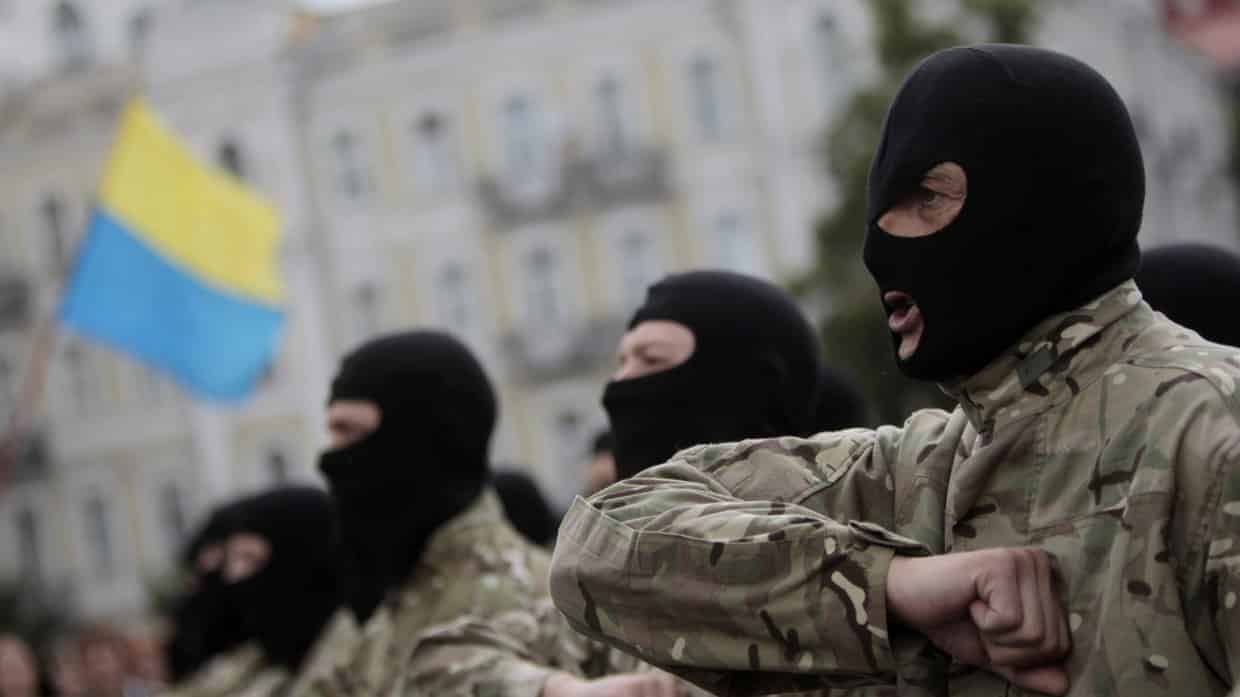 Ukraine’s neo-Nazi Azov battalion has built a ‘state within a state,’ and it despises both Russia and the liberal West – Veterans Today | Military Foreign Affairs Policy Journal for Clandestine Services

Despite the surrender of the Azov regiment at the Azovstal Iron and Steel Works during the fighting in Mariupol last month, the legend of this unit has turned out to be enduring. The Ukrainian command has already announced that new Azov special operations forces will be created in Kharkov and Kiev.

At the same time, a partial rebranding has been carried out.  A medieval heraldic symbol – a trident (the coat of arms of Ukraine) consisting of three swords – is now depicted on the chevron of the ‘new’ Azov in place of the stylized Wolfsangel (‘wolf’s hook’) that has attracted so much criticism from not only Russia, but also the West and fellow Ukrainians. This condemnation is for good reason, as the symbol was used on the lapels of the SS’s Das Reich and Landstorm Nederland divisions, as well as the logo of the Dutch Nazi Party.

The Azovites have rejected all such accusations, claiming their regimental symbol was not a Wolfsangel, but rather the first letters of the phrase ‘National Idea’, allegedly written in the old Ukrainian alphabet, which was a mix of Cyrillic and Latin letters. And this is not Azov’s first rebranding – at one time, the ‘wolf’s hook’ on their chevrons replaced the occult ‘black sun’ symbol, which was used in SS rituals and decorated the floor of the order’s castle in Wewelsburg. However, back then, the Azovites didn’t bother trying to explain how the ‘black sun’  had notional Ukrainian roots.