UN warns of rise of ‘cybertorture’ to bypass physical ban 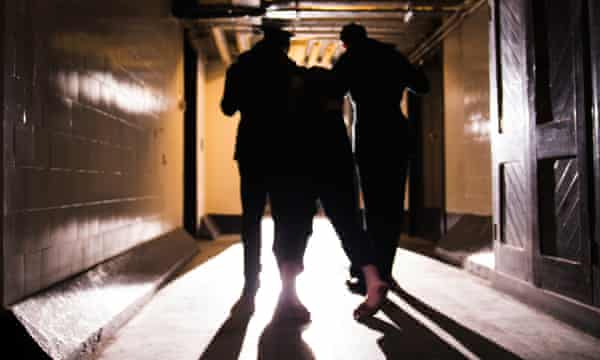 Psychological torture is being exploited by states to circumvent the more widely understood ban on physically inflicting pain and may open the way to a future of “cybertorture”, the UN torture rapporteur has said.

Nils Melzer, professor of international law at the University of Glasgow and the UN’s special rapporteur on torture and other cruel, inhumane or degrading treatment or punishment, is cautioning that the internet could be used systematically to target individuals remotely – through “intimidation, harassment, surveillance, public shaming and defamation”.

A trenchant critic of the UK government’s failure to hold an inquiry into the rendition of jihadi suspects post-9/11, Melzer has also voiced concerns over Britain’s treatment of the WikiLeaks founder Julian Assange in Belmarsh prison.

Later this month the professor, who is Swiss, will present a report to the UN human rights council in Geneva highlighting his concern over “continuing development of psychological tortures and legal misconceptions about what conduct is prohibited by international treaty”.

His comments coincide with the UK release of a documentary, Eminent Monsters: A Manual for Modern Torture, which investigates covert CIA funding in the 1950s of techniques developed by the Scottish-born psychiatrist Dr Ewen Cameron.

The documentary, directed by the Bafta-winning film-maker Stephen Bennett, shows how patients were subjected to sensory deprivation, forced comas, LSD injections, and extreme physical and mental torture at a Canadian research establishment run by Cameron.

Those techniques, the documentary claims, were forerunners of methods used on the so-called “hooded men” who were subjected to white noise, put in stress positions, threatened and deprived of sleep, food and water, and beaten after being arrested during internment in Northern Ireland in 1971. Similar techniques were later inflicted by US forces on jihadi suspects detained in Guantánamo Bay.

In a 2018 judgment after the hooded men case was reopened, the European court of human rights reaffirmed that abuse of the 14 men almost 50 years before amounted to inhumane and degrading treatment, but did not constitute torture.

That distinction, Melzer argues, is wrong. “Judges think that physical torture is more serious than cruel, inhumane or degrading treatment,” he told the Guardian. “Torture is simply the deliberate instrumentalisation of pain and suffering.” Consequently psychological torture methods are often used “to circumvent the ban on torture because they don’t leave any visible marks”.

In his UN report, Melzer points out that many countries “deny, neglect, misinterpret or trivialise psychological torture as what could be euphemistically described as ‘torture light’, whereas ‘real torture’ is still predominantly understood to require the infliction of physical pain or suffering.

Many countries have invested “significant resources towards developing methods of torture which can achieve purposes of coercion, intimidation, punishment, humiliation or discrimination without causing readily identifiable physical harm or traces”, Melzer states.

“Some of these approaches have resurfaced most prominently in connection with interrogational torture in the context of counter-terrorism, ‘deterrence’-based detention of irregular migrants, alleged mass-internment for purposes of political ‘re-education’, and the abuse of individual prisoners of conscience.”

An alarming development that Melzer contemplates is “cybertorture”. States, corporate actors and organised criminals, he says, “not only have the capacity to conduct cyber-operations inflicting severe suffering on countless individuals, but may well decide to do so for any of the purposes of torture.