Unsealed Johnny Depp and Amber Heard court documents show she REFUSED to take $16million from him during divorce – as she’s forced to sell desert home to pay him $8.3million 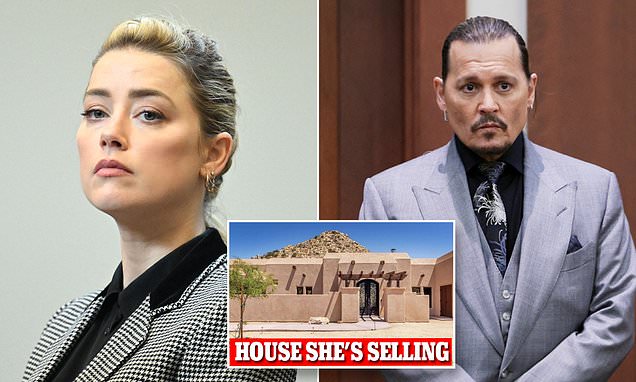 Heard, 36, has since filed an appeal to overturn the million-dollar settlement after being ordered…

by Stephen M. Lepore For Dailymail.Com

Unsealed court documents show Amber Heard walked away from a divorce payout from Johnny Depp that could have run to tens-of-millions of dollars, as the financially-challenged actress sells her beloved California home.

Documents seen by the Daily Beast show that the Aquaman star, 36, ignored guidance from her legal team not to pursue Depp for the maximum cash she was entitled to after they filed for divorce in 2016.

She could have sought half Depp’s $33 million he made filming the fourth installment of Pirates of the Caribbean, since it was made while they were married.

But Heard chose not to, and wrote them an email saying she was being ‘amazingly true to (her) word, that this is not about the money.’…