US Offers Temporary ‘Safe Haven’ to Hongkongers Amid Beijing’s Suppression 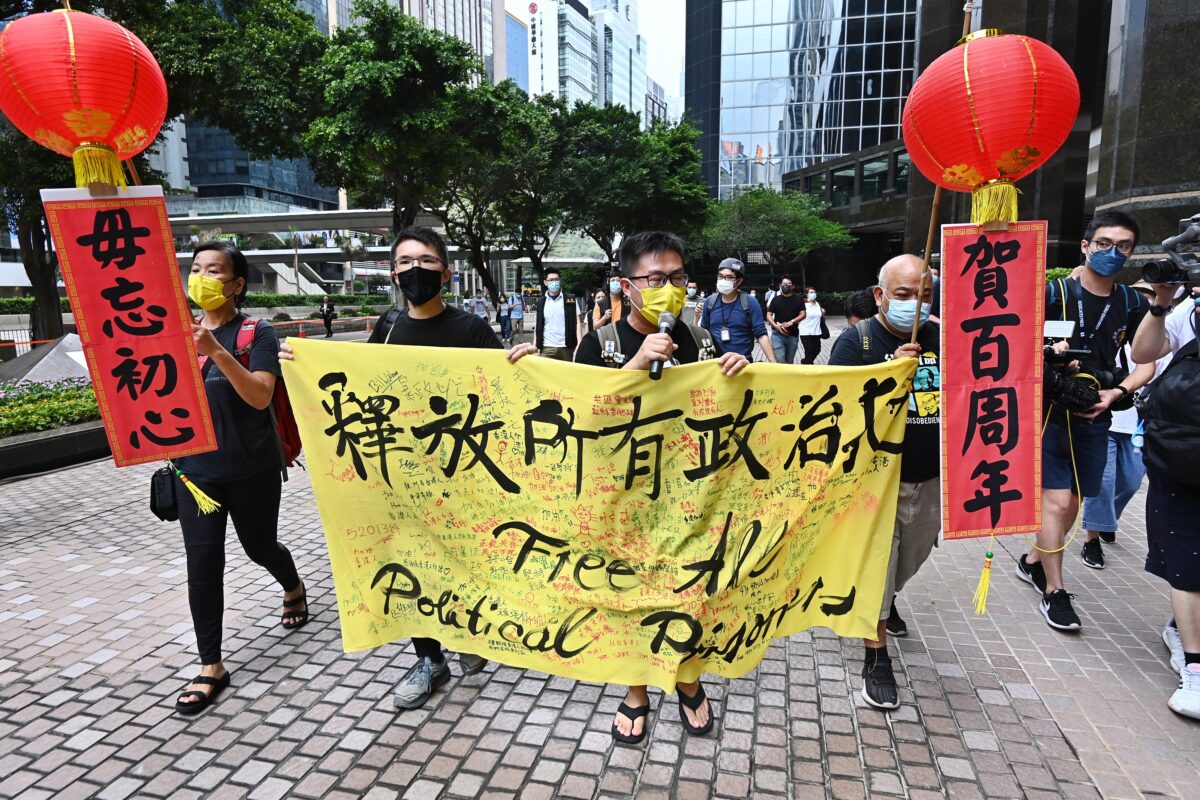 US Offers Temporary ‘Safe Haven’ to Hongkongers Amid Beijing's Suppression

President Joe Biden on Aug. 5 said he’s offering a “safe haven” to Hongkongers in the United States that would allow thousands to extend their stay, amid Beijing’s “significant erosion” of their freedoms back home.

In a signed memo, Biden asked the Department of Homeland Security to defer the removal of Hong Kong residents currently in the United States by 18 months, citing “compelling foreign policy reasons” that include defending democracy and promoting human rights around the world.

He noted the deteriorating freedoms in Hong Kong since the Chinese regime imposed the wide-ranging national security law, under which police have arrested more than 100 opposition leaders and activists, with vague charges punishable for lifelong imprisonment. More than 10,000 others have been detained for activism related to the pro-democracy protests that began in summer 2019.

“Offering safe haven for Hong Kong residents who have been deprived of their guaranteed freedoms in Hong Kong furthers United States interests in the region,” Biden said in the statement.

The new rule applies to any Hongkonger in the United States except for those who voluntarily choose to return to Hong Kong, who haven’t continuously resided in the country, who are subject to extradition or deportation, criminal offenders and ex-felons, people deemed to present a danger to public safety or “potentially serious adverse foreign policy consequences,” the memo stated.

The action makes clear that the United States “will not stand idly by as the PRC breaks its promises to Hong Kong and to the international community,” White House press secretary Jen Psaki said.

“Given the politically motivated arrests and trials, the silencing of the media, and the diminishing of space for elections and democratic opposition, we will continue to take steps in support of people in Hong Kong.”

Eligible individuals may also apply for authorization to work in the United States through U.S. Citizenship and Immigration Services, according to Secretary of Homeland Security Alejandro N. Mayorkas.

Secretary of State Antony Blinken says the measure is “a clear message that the United States resolutely stands with people in Hong Kong.”

“The PRC has fundamentally altered the bedrock of Hong Kong’s institutions and suppressed freedoms of Hongkongers,” he said, using the acronym for the People’s Republic of China. “In the face of PRC and Hong Kong authorities’ attempts to stifle democratic aspirations, we will take action.”

The Aug. 5 announcement makes the United States one of the latest countries to relax immigration policies in response to Beijing’s stifling of Hong Kong democracy.

In June, Canada announced two residency pathways for Hong Kong residents who work in the country or have recently graduated from a post-secondary institution.

Earlier this year, the UK also opened a new visa program for holders of British National Overseas status a path to become citizens.

Beijing’s national security law has triggered an emigration wave in Hong Kong. Taiwan from 2020 gave out a total of 10,800 resident visas and more than 1,500 permanent resident visas to people from Hong Kong. In the first quarter of 2021, the UK authorities received a total of 34,300 applications from Hongkongers hoping to resettle in the country.

Over the past month, the United States has warned U.S. businesses about the risks of operating in Hong Kong over the worsening political climate; it also sanctioned seven Chinese officials responsible for undermining democracy in Hong Kong.

It “will mean the difference between living freely while continuing to fight for human rights and democracy in Hong Kong and being forced to return to Hong Kong spending years or even life behind bars,” he said in an Aug. 5 statement.

Lawmakers in the United States and elsewhere welcomed the move, with British Foreign Secretary Dominic Raab calling it “big-hearted.”

“We need to offer full asylum to Hong Kongers who flee Chairman Xi’s brutal oppression,” he said in a statement, referring to Chinese leader Xi Jinping. “America needs to stand firmly behind victims of communism and show the world that we will always stand for freedom across the globe.”

Published in Biden, China and US News