Video: Massive Protests Rock Brazil as the People Rise Up Against Communist Takeover 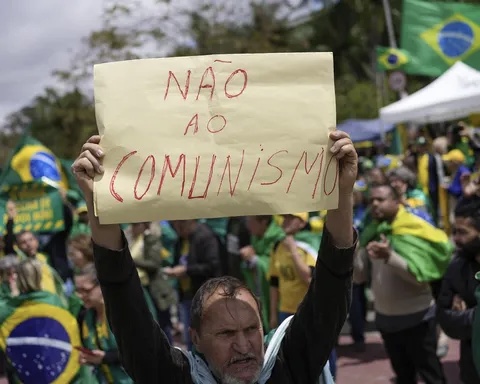 Video: Massive Protests Rock Brazil as the People Rise Up Against Communist Takeover

Brazil’s electronic election has been heavily disputed among the people of Brazil and election integrity watchdogs around the world.

Massive election integrity protests are rocking Brazil, as the people of the South American nation refuse to back down in the face of a communist takeover sponsored by the CCP, WEF, and more.

Millions of Brazilians have taken to the streets, actually dwarfing the protests seen in the United States after America’s own contested 2020 Presidential Election. That notorious race, Brazilian Stop the Steal demonstrators say, foreshadowed their own struggles against a globalist communist electoral assault.

The anti-election theft crowds are so massive and generating so much noise in their patriot fervor, that in video footage taken of the protests, entire cities appear to shake, as chants and shouts and patriotic songs are belted out by seas upon seas of Brazilian patriots.

The scenes in Brazil are being described as a “revolution” against the left-wing political forces of Lula Da Silva, the former left-wing President who was sprung from jail on corruption charges before he was “elected” President once more.