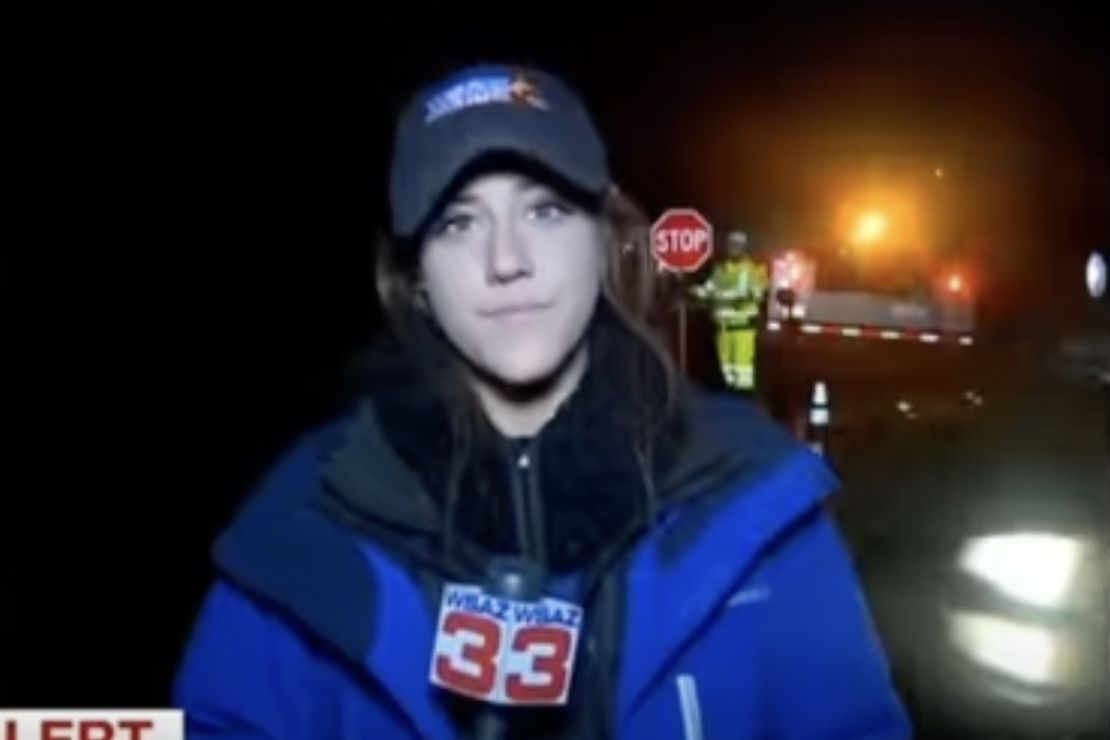 A reporter for West Virginia TV station WSAZ in Huntington was given the unenviable assignment of covering a water main break in a nearby suburb. The weather was brutal — snow, ice, and below-freezing temperatures added to the misery of reporter Tori Yorgey, who was sent to cover the story.

As the anchor was introducing Yorgey and setting up her report, an SUV appeared out of nowhere and struck the reporter, knocking her down.

Watch what Yorgey did next…