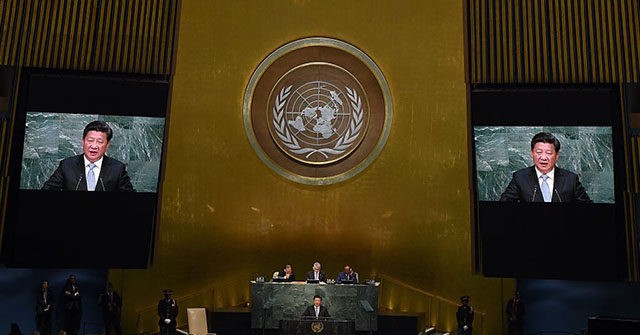 A U.N. whistleblower is fired less than 24 hours after revealing the Human Rights Council…

Whistleblower Emma Reilly said on Tuesday the United Nations Human Rights Council (UNHRC) terminated her employment less than 24 hours after giving an interview to France’s Le Monde in which she revealed U.N. employees provided the brutal Chinese government with the names of Uyghur dissidents who planned to testify against Beijing’s human rights abuses.

According to Reilly, the Chinese government was then able to pressure these dissidents out of testifying by threatening, arresting, and torturing their family members. One of the dissidents identified to China by the U.N. reportedly died in detention.

Reilly, a trained human rights lawyer with dual British-Irish citizenship, told Le Monde she went to work for the U.N. human rights office about ten years ago. In 2013, she received an email from Chinese diplomats in Geneva asking UNHCR to do Beijing a “favor” by confirming personal information about “anti-government Chinese separatists” who were petitioning to address the U.N.