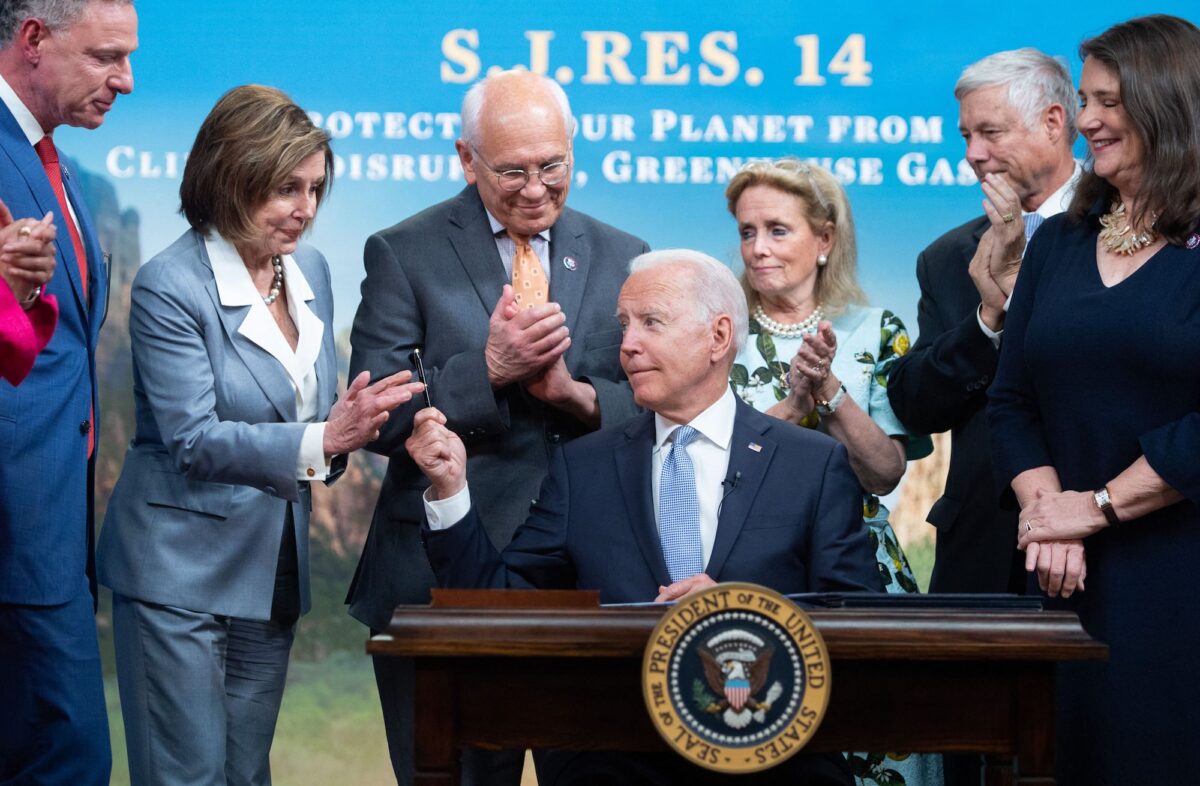 The White House stated on Aug. 2 that the Centers for Disease Control and Prevention…

The White House stated on Aug. 2 that the Centers for Disease Control and Prevention (CDC) doesn’t have the authority to issue another eviction ban after some Democrats called on the Biden administration to take action.

A growing chorus of Democrat voices, led by left-wing members of Congress, over the weekend urged the White House to unilaterally issue an order to renew the ban, which was handed down by the CDC in 2020 amid the COVID-19 pandemic. The House of Representatives, meanwhile, adjourned for its scheduled August recess period, meaning that no congressional action could be taken.

“Our team is redoubling efforts to identify all available legal authorities to provide necessary protections,” Psaki said on Aug. 2. “In the meantime, the president will continue to do everything in his power to help renters from eviction.”

Other administration officials said that states and municipalities need to work quickly to distribute the remaining aid to people facing eviction.

“The president is clear: If some states and localities can get this out efficiently and effectively there’s no reason every state and locality can’t,” Gene Sperling, who oversees the administration’s pandemic relief plans, told reporters on Monday. “There is simply no excuse, no place to hide for any state or locality that is failing to accelerate their emergency” rental assistance.

House Speaker Nancy Pelosi (D-Calif.) issued an Aug. 1 statement calling for the CDC eviction ban to be reimplemented after Democrats failed to get enough support for another bill before the recess started. Late last month, two days before the ban expired, President Joe Biden’s administration stated it had to allow the ban to expire and argued recent court rulings had tied its hands, adding that it was now Congress’s responsibility.

However, Pelosi again renewed her calls on Aug. 2, saying, “It is unfathomable that we would not act to prevent people from being evicted,” according to a statement released by her office. The Biden administration, she said, needs to move—not Congress.

House Majority Leader Steny Hoyer (D-Md.) and Whip James Clyburn (D-S.C.) joined Pelosi, saying it’s a “moral imperative” that the administration do something. Some Democrats, including left-wing “Squad” member Rep. Cori Bush (D-Mo.), have ramped up pressure for the House to return for a special session. Bush, for her part, began sleeping on the steps of the Capitol on July 30.

Some Democrats, including de facto “Squad” leader Rep. Alexandria Ocasio-Cortez, blamed other Democrats for the lack of action.

“I think there’s a couple of issues here. First of all, you are absolutely correct in that the House and House leadership had the opportunity to vote to extend the moratorium, and there were many, and there was, frankly, a handful of conservative Democrats in the House that threatened to get on planes rather than hold this vote,” Ocasio-Cortez told CNN on Aug. 1.

The lawmaker said that progressives “cannot in good faith blame the Republican Party when House Democrats have a majority,” responding to a question from CNN’s Jake Tapper about who was to blame.

Critics of the moratorium, including The Wall Street Journal’s editorial board, have said it places undue pressure on landlords. The board, for example, said Democrats are trying to extend the moratorium for an indefinite period of time.

“The state and local governments in charge of distributing the aid have been hobbled by bureaucracy, and some tenants without the immediate threat of eviction haven’t bothered to apply. This is what happens when people become inured to government protection and subsidies. They assume it will never end. Has Congress heard of incentives and human nature?” the board wrote on Aug. 2.

It argued that the economic emergency from COVID-19-related lockdowns has “long passed.”

The Epoch Times has contacted Pelosi’s office and a White House spokesperson for comment.