‘White people will be the first target’: South Africa’s Julius Malema warns of impending ‘violence’ because ‘the poor are getting poorer’ 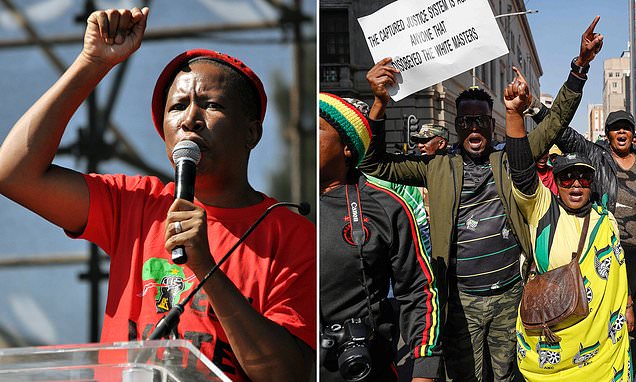 by Walter Finch For Mailonline

A South African opposition figure has warned of impending civil unrest in the continent’s richest country and likened it to ‘an Arab Spring.’

The controversial opposition leader Julius Malema spoke of the country waking up one day with ‘very angry people that are not going to be reasonable.’

Discontent with the ruling African National Congress (ANC) party in South Africa is at all-time high levels due to the social conditions within the country and ‘the poor becoming poor,’ according to Malema.

‘When the unled revolution comes… the first target is going to be white people,’ Mr Malema told the BBC’s Hardtalk programme, adding that the uprising would also target ‘black elites.’…