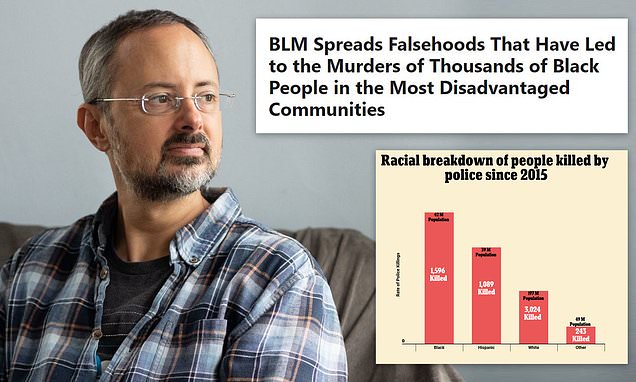 Zac Kriegman, a former director of data science at Thomson Reuters, claimed he was wrongfully fired…

By RONNY REYES FOR DAILYMAIL.COM

A former director of data science at Thomson Reuters said he was fired for sharing research on the company’s internal social media platform that showed police killed more unarmed white people than black people and that the Black Lives Matter movement allegedly caused the deaths of thousands.

Zac Kriegman, who worked at Thomson Reuters for six years before being fired last summer, claimed he was let go from his $350,000 job because he stood against the company’s reporting conventions on BLM in order to dispel what the ‘false narrative’ that black people were the largest victim of police violence.

In a piece first published on Bari Weiss’s Substack, Common Sense, Kriegman said he shared with collogues concerns that reports saying unarmed black people are killed by police at a disproportionately higher rate than their white counterparts was not accurate…