Who is Controlling the Biden Presidency? 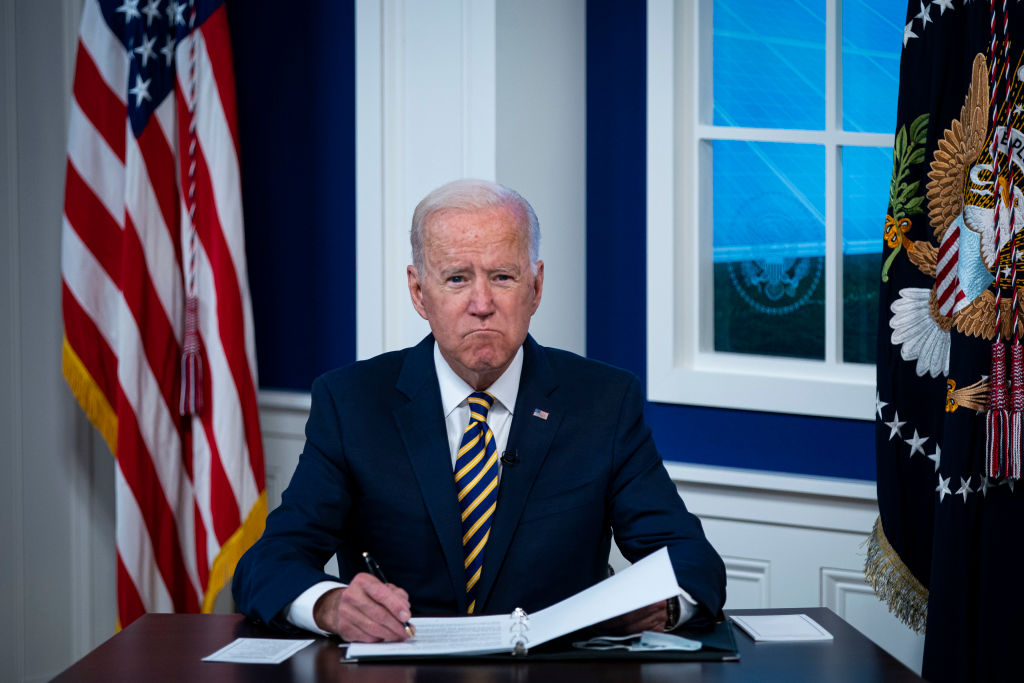 Who is Controlling the Biden Presidency?

To answer the question of who is controlling the Biden presidency, we should consider the…

The question has been asked dozens of different ways, depending on the questioner and the public policy issue. “Who is controlling the Biden presidency?”

One thing appears certain: It is not President Joseph Robinette Biden, Jr. He gives incoherent, rambling speeches, and often declines to take questions.

A May 2021 powder-puff profile of President Biden in the Washington Post was written as both a hagiography and a politically therapeutic assurance that there’s been a “return to normalcy” in the White House. The article’s author, Ashley Parker, was clearly given extraordinary access to personal details by White House staff and Biden handlers in order to compose her report. The resulting article is an interesting mix of Ms. Parker taking careful dictation from the White House, and her own ambition to pledge allegiance to the larger Biden “family.” In fairness, here is how Ms. Parker describes the sourcing of her article:

“This account of Biden’s daily schedule is based on interviews with seven people familiar with the president’s daily life, most speaking on the condition of anonymity to disclose private details.”

There is genuine journalistic value in Ms. Parker’s work – and a mere four (+) months later – given the lightning fast and tumultuous downturn in the Biden presidency, 20/20 hindsight and review of her article may help answer our question: “Who is controlling the Biden presidency?”

On many days, Biden then summons his brain trust, including Klain and top advisers Mike Donilon, Anita Dunn, Bruce Reed, Steve Ricchetti and Cedric L. Richmond. These sessions rarely have a formal agenda; Biden simply declares, “Here’s what I want to talk about,” or the aides raise subjects they have discussed in advance for Biden’s consideration.

“There are very few issues that get to the level of the president,” Dunn said. “Those are the ones that only he can make a decision on.”

Donilon, who has been with Biden for decades, is seen by the others as his conscience, alter ego and shared brain. One longtime Biden adviser estimated that no fewer than 10,000 times in their working relationship has the president turned to Donilon and asked, “Mike, what do you think?”

The closest Ms. Parker comes to addressing other influencers of the Biden presidency is passing reference to President Biden’s son, Hunter. She writes: “He also calls his son Hunter, who has struggled with addiction, every night before bedtime, texting him if he doesn’t pick up right away.”

One thing Ms. Parker does not mention: Federal prosecutors are currently investigating Hunter Biden over details related to the extraordinary sums of money he purportedly earned from China-related business deals. Readers will recall that Hunter Biden profited from two separate deals, each worth billions of dollars, with Communist Chinese “business” entities during the time his father was vice president. Reports on Hunter Biden’s email communications indicate that (in just one instance) remuneration plans of 10% of the value of a Chinese energy company deals were earmarked for “The Big Guy” – possibly indicating then-VP Joe Biden.

We have the extraordinary (and outrageously scandalous) story of Hunter Biden and his deep Biden family financial ties. Air travel records, alone, document the deep connections between the president and Hunter. The air travel records also offer an investigative roadmap for any serious law enforcement officials seeking to examine questions of Biden corruption. More than 330,000 Americans have demanded just such an investigation from the Department of Justice. The information and emails contained in the Hunter Biden laptops reportedly detail President Biden’s knowledgeability of his son’s overseas business dealings.

We have documentation and details of key influencers around President Biden. Ms. Parker has identified Biden’s “brain trust” and their role in guiding the president.

To answer the question of who is controlling the Biden presidency, we should consider the Biden administration’s disastrous policy decisions. “Cui bono?” – Who benefits? White House spokesperson Jen Psaki has been placed in impossibly contradictory positions, attempting to defend administration policy reversals. One need look no further than the Biden position on border issues (security, health, humanitarian, drug smuggling, human trafficking, impact on US border communities, etc.) – and – the humiliating collapse of the Afghan government, and the American diplomatic and military response.

Just consider for one example concerning Afghanistan: Why would Biden abandon Bagram Air Force Base? It is key to all of Southwest Asia – just 400 miles to China and 500 miles to Iran. It is a vitally important geopolitical, military and intelligence platform with consequences and “reach” that involve far more than just Afghan regional matters. Who, specifically, made the recommendation to just walk away from Bagram – and then who gave the order?

Which brings us back to our fundamental question: Who is controlling the Biden presidency?

Here are some potential answers – individually, in combination with key influencers of President Biden (his “brain trust,” above), or via convenient, passing, alliance. Each of these have their own objectives for influencing those closest to President Biden:

If we suggest that there is a combination or passing alliance of these various interests and groups, each seeking to advance their own agenda behind the official, hollow, front of “President Joe Biden” – then we run the risk of being branded conspiracy theorists. That is both dishonest and unfortunate, because asking questions of, and seeking accountability from, elected officials is not “crazy.” Interest groups do, in fact, lobby presidential advisors, White House staff, and even members of the president’s family.

Without devolving into the stereotypes of the conspiracy theories described in Richard Hofstetter’s, “The Paranoid Style in American Politics,” the American public can and must seek accountability for the decisions and actions of the government. The left enjoys sensationalizing and marginalizing their political opponents by leveraging pejoratives, ad hominem and cartoonishly simplistic derision to undermine legitimate questions and concerns. We must not take their insidious tactics to heart. We must press on – asking questions, examining records, seeking accountability and documenting facts. The truth will prevail.