Why Did Biden Admin Lean on Justin Trudeau to Shut Down Canadian ‘Freedom Convoy’? 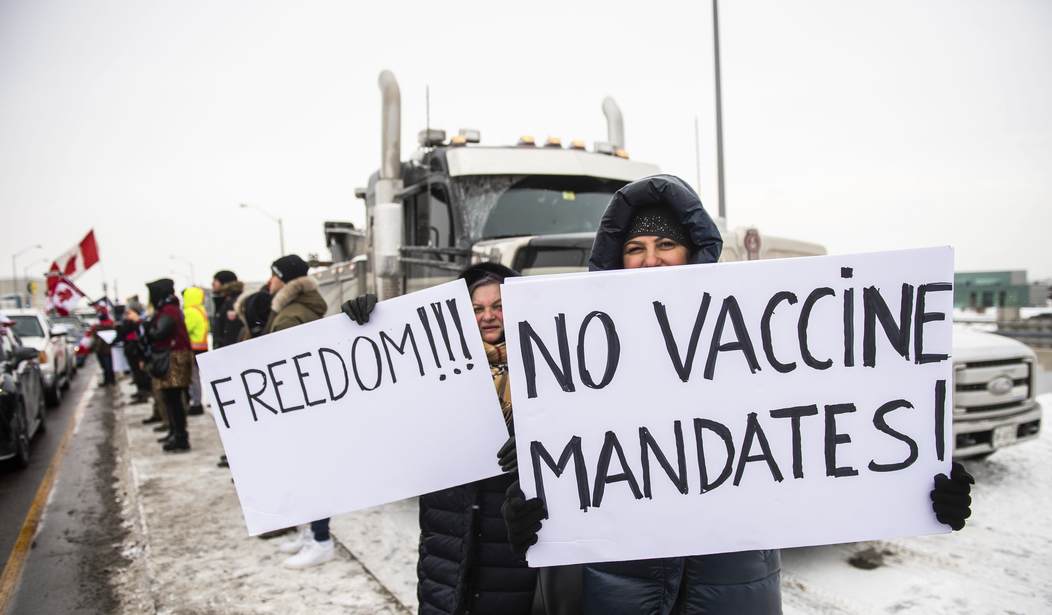 Why Did Biden Admin Lean on Justin Trudeau to Shut Down Canadian 'Freedom Convoy'?

As is expected with a liberal government, they overreacted to a situation they didn't understand.…

In January 2022, vaccine exemptions for Canadian and American cross-border truckers ended, leaving about 15,000 Canadian truckers who regularly cross the border in the performance of their jobs suddenly unemployed.

Their response was heartening. Thousands of truckers joined “Freedom Convoys,” shutting down border crossings and finally ending up in the Canadian capital of Ottawa, where they virtually occupied Parliament Hill.

Canadian authorities wrung their hands for a while and then decided to declare a national emergency and invoke emergency powers. This allowed them to freeze protesters’ bank accounts, ban travel to protest sites, and compel trucks to tow vehicles blocking streets…