Why Fear the American People? 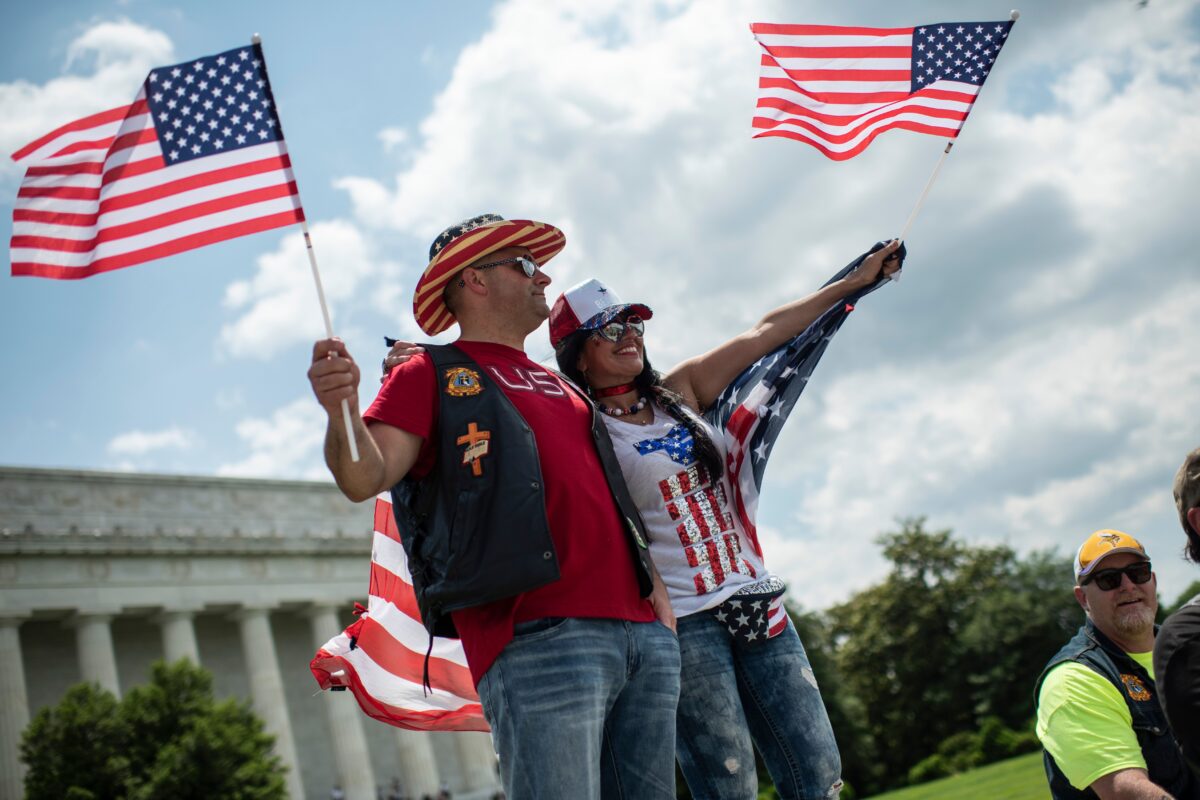 Why Fear the American People?

Commentary Last week, baseball fans were chased out of major league ballparks for holding up…

Last week baseball fans were chased out of major league ballparks for holding up Donald Trump banners. Should their public protests gain momentum, it might spell trouble for the Democratic Party, which fears that mass gatherings out of its control will underscore the Joe Biden administration’s fundamental illegitimacy.

In addition to growing evidence of election fraud, what makes it hard for voters to set aside questions about the integrity of the 2020 vote is the disposition of the new White House. Consider some of its policies: Which Americans voted for the higher gas prices that Biden locked in when he shut down the Keystone Pipeline on his first day in office? Who wanted a $6 trillion dollar budget that devalues middle-class wealth with signs of inflation already on the horizon? How many taxpayers wanted the Pentagon to use their money to dismantle combat units, under the guise of purging “white supremacism” from the ranks? Who voted to underwrite Hamas’ wars with Israel by sending “reconstruction” aid to Gaza?

Right, no one voted for any of that. Biden is ruling America on behalf of a small faction of elites, not all of whom are primarily loyal to the United States. Therefore, the White House governs through stealth, confusion, and fear. What it dreads is sunlight. It can handle most opposition through the Democratic Party’s near absolute control of the press and social media. But that doesn’t keep protestors off the street.

At Yankee Stadium in the Bronx, N.Y. last week Dion Cini unfurled a banner reading “Trump Won Save America.” Stadium authorities scrambled to pull down the sign and called for police to escort Cini and a colleague out of the stadium. He reappeared at a New York Mets game later in the week to fly the Trump flag at Citifield in Queens, N.Y. Again, stadium officials and police ushered him out of the ballpark. In a video capturing the brief skirmish, one of the officers is heard telling Cini in a friendly manner to “come back anytime.”

But the prospect of Cini and perhaps others repeating the same scene at ballparks around the country and eventually winning large audiences expressing their discontent during televised games is a scenario that fills Biden operatives with dread. Or else Democrats wouldn’t have spent the last few months trying to block mass public events, lest they turn into Trump rallies.

Over the weekend, thousands of veterans and other bikers rode into Washington, D.C. for the annual Memorial Day commemoration, Rolling to Remember (formerly Rolling Thunder). In the past the event was held in the Pentagon’s huge parking lot, but the permit was rejected this year, reportedly to prevent the spread of COVID. Even when city authorities granted the event organizers use of RFK stadium, the annual ceremony on the National Mall was canceled out of coronavirus concerns.

However, it is hard to square that rationale with the support Washington, D.C. authorities gave BLM protestors last spring and summer. On the orders of Mayor Muriel Bowser, city workers even painted BLM slogans on a street leading to the White House. But when it came to the veterans’ rally, it seems the Democratic officials who run the capital wanted to short-circuit any possibility that pro-Trump bikers would seize the occasion to hold a massive America First demonstration in the middle of Biden’s Washington.

Vaccines have made it more difficult for Democratic Party officials to continue using COVID as a reason to keep opponents from massing in public. The Biden administration can’t count the vaccination program as a success if it continues to insist that Americans have to stay at home anyway. And yet it also can’t afford Americans thinking life has returned to normal. And so it issues confused threats to sow fear. Biden himself, for instance, warned of July 4 lockdowns unless more Americans got vaccinated. And as the holiday approaches, Biden aides will be looking not at infection rates but polling numbers—if they’re bad Americans in Democratic-run states might see stay-at-home mandates.

The other instrument Democrats have used to keep anti-Biden protests from erupting is to recast Trump voters as “domestic terrorists.” After the predominantly peaceful Jan. 6 protest on Capitol Hill, the administration deployed National Guard troops in the capital ostensibly to protect Congress against another “insurrection.” But as recently released video confirms, many of the so-called violent “seditionists” who entered the capitol building were invited inside by Capitol Hill police. The reality is that the guardsmen, recently redeployed elsewhere, were used to keep anti-Biden protestors at home and, no less importantly, affect the imminent threat of an enemy (“right-wing white nationalists”) to distract the public from rebelling against the Biden administration’s attack on their freedoms.

To keep Trump supporters off the streets and reinforce the false Jan. 6 narrative, the Biden administration tasked the FBI to hunt down protestors, while the Department of Justice keeps them locked up without bail. Other Biden agencies, including the Department of Homeland Security and the Postal Service, have opened domestic spying units to target Trump supporters. In other words, the current administration’s government-wide mission is to criminalize opposition to the president.

The White House rightly worries that images of normal Americans gathering in public to support an America First agenda will threaten its legitimacy. What Biden and his deputies have learned is known to autocratic regimes everywhere—the price of ruling by fear is the abiding fear that the public will rise against you.