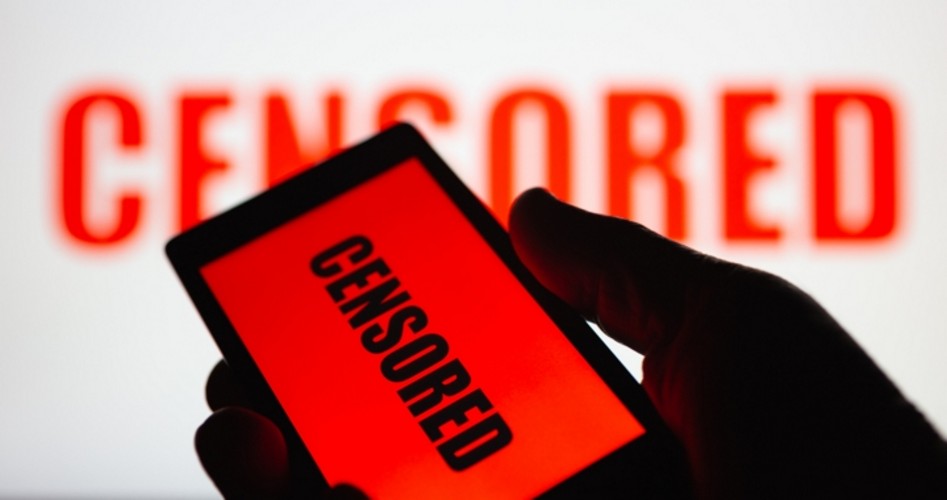 While portraying itself as unbiased, In an appalling act of censorship, Wikipedia has deleted a…

Wikipedia, the website that considers itself a compilation of all knowledge on everything, has moved to delete a page entitled “List of scientists who disagree with the scientific consensus on global warming.” The appalling act of censorship was ostensibly done as a result of a discussion on a proposal to delete the article.

But the final decision to delete the page seems to have been unilaterally made by a lone Wikipedia administrator whose user name is Bishonen. Ironically, the administrator cites a non-scientific “consensus” as one of the reasons to delete the page. “The result was delete,” Bishonen wrote. “This is because I see a consensus here that there is no value in having a list that combines the qualities of a) being a scientist, in the general sense of that word, and b) disagreeing with the scientific consensus on global warming. The cross-categorization is described by many persuasive commenters below as being non-scientific per [Wikipedia’s guidelines on stand-alone lists].”

The Ministry of Truth, the fictional government agency that manipulated public opinion by whitewashing history in George Orwell’s novel 1984, has spoken. And so the list of scientists who disagree with the scientific consensus on global warming has been dropped down the memory hole.

The list, while it was up, was wildly incomplete and really only a re-hash of climate hysteric blacklists, such as the one from Skeptical Science, but it was a good starting out point for people to find information on climate science that runs contrary to the United Nations and media-manufactured narrative that global warming is real, man-made, and an existential threat to the world as we know it.

Commenters on the discussion page to delete or keep the article attempted to mask their censorship with condescension and haughtiness, but eventually they showed exactly who they are. One who voted to delete the page referred to those who don’t believe in the anthropogenic global warming hoax as “cranks.” “Cranks are well-known to maintain such lists of authoritative-sounding people to bolster their own legitimacy, and this list is just another in this genre. Long past time to kill it,” the commenter wrote.

Scientists on the list included Dr. William Happer of Princeton and Dr. Richard Linden of MIT, who are definitely not “cranks” or pseudo-scientists.

Another noted that the idea that anthropogenic global warming is not a full-on crisis was a “fringe theory.” “It was clear to me and others that this article had become a badly written nexus of non-notable fringe theories,” the commenter said. The same commenter went on to say, “Outside of another dozen die-hards in the United States, virtually no credentialed scientist does not think that climate change is man-made and will, on the whole, have deleterious effects on us and our world. As a scientific community, we also have much more information and data, and the consensus has gotten stronger (close to 99.9 % of scientists agree).”

The commenter’s last statement is either willful ignorance or an outright lie.  It’s further disheartening because the commenter claimed to “teach secondary science.”

There are tens of thousands of credentialed scientists throughout the world who disagree with the highly manipulated “consensus” that global warming is a serious threat to humanity. And even if there weren’t, science is never decided by consensus but by observation and experimentation. It’s never decided by “let’s see a show of hands.”

There were several commenters who voted to keep the article in Wikipedia’s public database, with one even challenging them to “stop being intellectually lazy.” But the comment section wasn’t what fueled this act of censorship. Showing these comments was only an attempt to portray Wikipedia as a fair-minded company that listens to all points of view. Only after hearing all views does it act unilaterally on the basis of its own biases.

Wikipedia has its uses. It can be a good starting point for a research project, but it should never be trusted as a sole source. It boasts over six million articles available in English and 38.5 million registered users, any of whom can edit articles. And as part of Silicon Valley, it has a decidedly left leaning and globalist tilt, as this blatant act of censorship proves.

James Murphy is a freelance journalist who writes on a variety of subjects, with a primary focus on the ongoing anthropogenic climate-change hoax and cultural issues. He can be reached at jcmurphyABR@mail.com