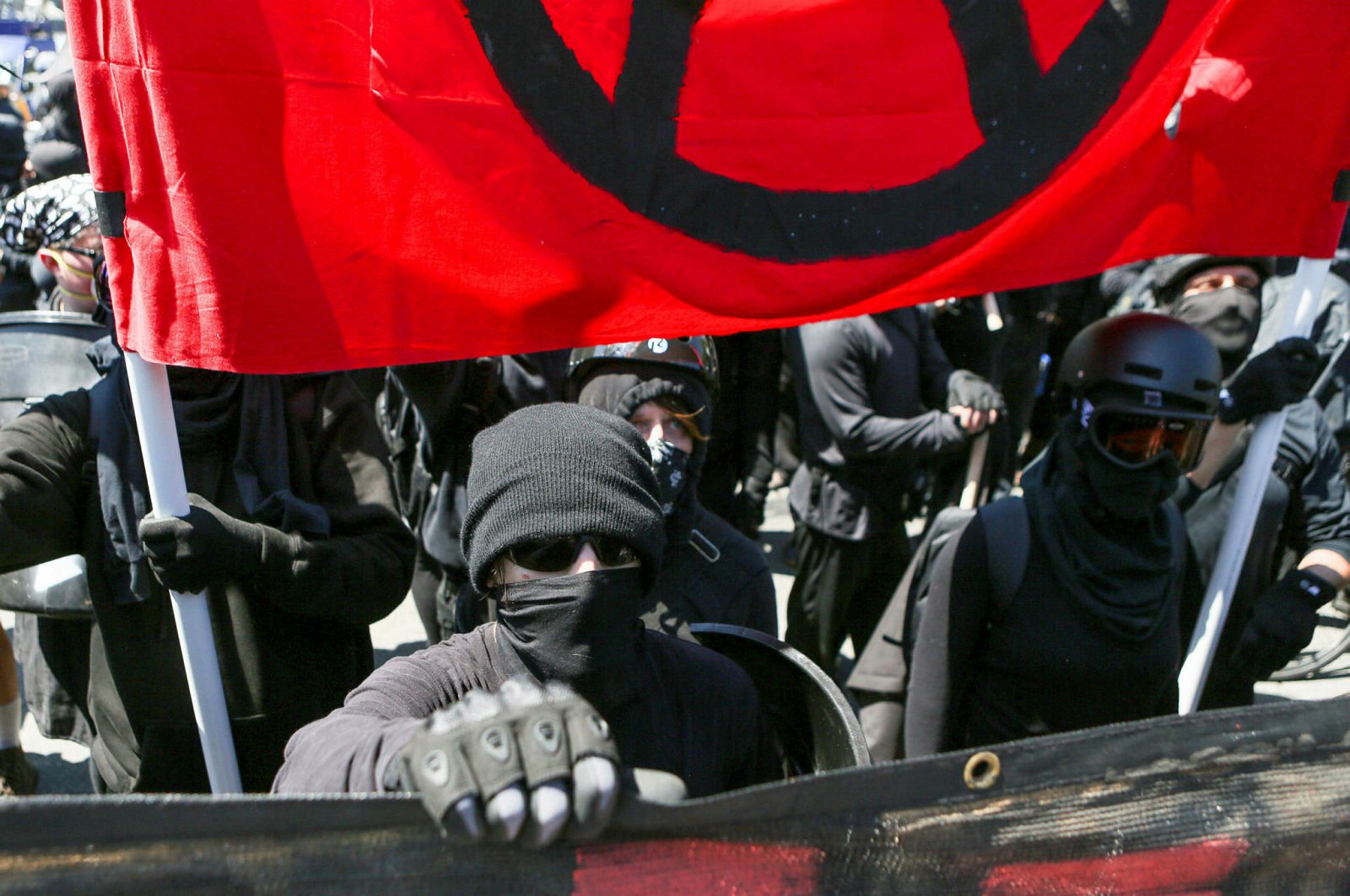 The report, written by academics Murat Tınas and Ahmet Demirden and published by the Turkish National Police Academy (TNPA), said that the PKK terror group’s affiliates in Syria have recruited many western individuals from far-right and far-left organizations including Antifa groups operating in European countries, the U.S., Canada, and Australia.

“When the U.S. president announced that Antifa would be designated a terrorist organization, many turned their eyes to the controversial Antifa movements. Although Antifa and some of its members’ criminal acts terrorizing their societies may be a new phenomenon for many, they remain well known to those who have been monitoring the current developments related to terrorism in the Middle East,” the report underlined.

“First, having a far-left ideology, the PKK has easily penetrated into various leftist movements in western countries through its established transnational networks. Second, the PKK/YPG has also reinforced its units through far-right extremist foreigners and cooperated with far-right armed groups,” the report indicated.

The authors say that both the glorification of the YPG/PKK in the Western media and international actors’ inaction against the terror group have reinforced this flow of foreign fighters and terrorists into the region.

“In other words, international actors ignore the fact that supporting the YPG on the pretext of fighting Daesh – in other words, supporting a terrorist group in combating other terrorists – can backfire with significant security risks for the public,” they added.

Another important point of the report shows that terrorist groups attempt to justify their terror attacks by creating a narrative that portrays them as freedom fighters, anti-fascist, anti-authoritarian or anti-communists claiming to bring about justice by way of terrorism.

The report also emphasized the fact that when the flow of Foreign Terrorist Fighters (FTF) in YPG/PKK in Syria was reversed fighters returned to their home countries, the risk they posed became more evident.

“Regardless of their ideology or the groups they join, they can plan, direct or conduct terrorist attacks, create new terrorist organizations and radicalize and recruit new terrorists,” the report warned.

“YPG returnees pose an additional danger due to the fact that security institutions of certain western governments have paid no attention to far-left and far-right extremists associated with the YPG and therefore their numbers, fighting experience, as well as the crimes that they have committed in the war zone remain mostly unknown and unmonitored” the authors added.

The report also called attention to the utilization of different narratives based on the terrorist groups’ ideologies.

“The dissemination and promotion of these narratives are paramount in order to attract sympathizers for the terror groups around the world. Thus, public and private institutions working in the field must be cautious not to inadvertently facilitate these narratives as has been observed in the case of Antifa and the YPG on the pretext of fighting Daesh. As it can be observed in the case of Antifa and far-right terror groups working with the YPG in Syria and Iraq that rival terror groups can build unexpected allegiances and exploit the same tragic public event to promote their narratives (e.g., the death of George Floyd).”

In its more than 40-year terror campaign against Turkey, the PKK – listed as a terrorist organization by Turkey, the United States and the European Union – has been responsible for the deaths of 40,000 people, including women, children and infants. The YPG is the PKK’s Syrian offshoot.