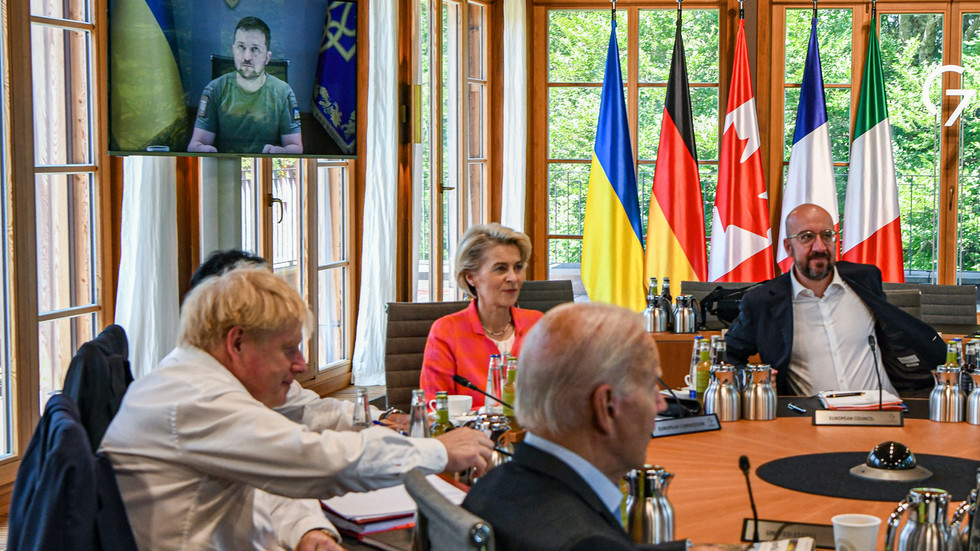 President Zelensky says the Russia-Ukraine conflict must end by winter, calling on G7 leaders for…

Ukrainian President Volodymyr Zelensky has insisted that the conflict between Russia and Ukraine must be finished by the end of the year. Speaking to G7 leaders on Monday, Zelensky also called for tougher sanctions against Moscow, according to Reuters, which cited two EU diplomats.

Speaking to the leaders of Britain, Canada, France, Germany, Italy, Japan, and the US via video link, Zelensky reportedly stated that Ukrainian troops would have a much harder time fighting against Russian forces once the harsh winter conditions take hold, urging the G7 to do their utmost to end the conflict by the end of the year, while asking for anti-aircraft defense systems, as well as security guarantees…