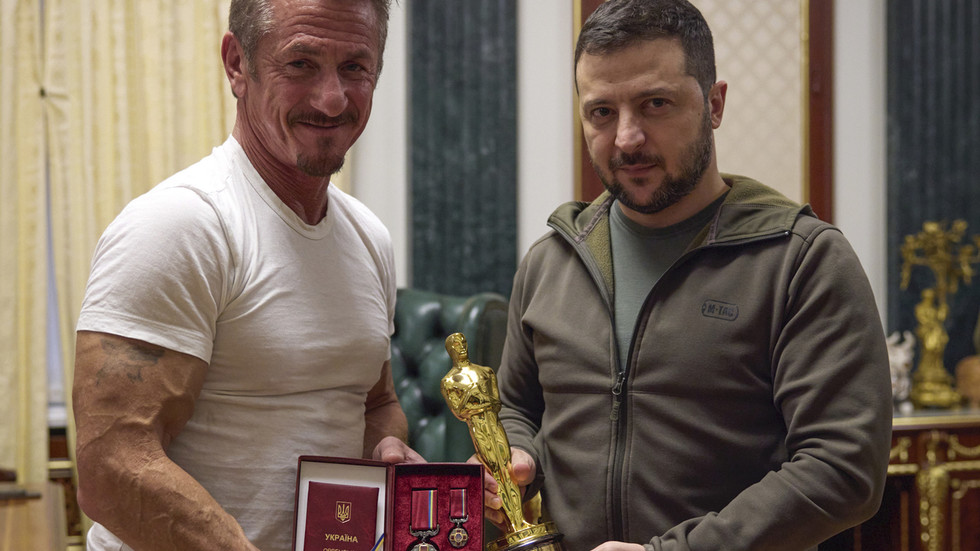 Hollywood star Sean Penn has once again visited Ukraine and exchanged gifts with President Vladimir Zelensky, telling his “great friend” to hold on to his Oscar until Ukraine defeats Russia.

“This is for you… When you win, bring it back to Malibu. I’ll feel much better knowing a piece of me is here,” Penn told Zelensky, according to a video shared by the president’s office on Tuesday. “It’s just a symbolic silly thing, but if I know this is here with you then I’ll feel better and stronger for the fight.”

An actor-turned-politician, Zelensky returned the favor by presenting Penn with the Order of Merit for “significant contribution to the popularization of Ukraine in the world.” Penn has been vocal in his support for Ukraine and has repeatedly called on the international community to send more aid to Kiev…