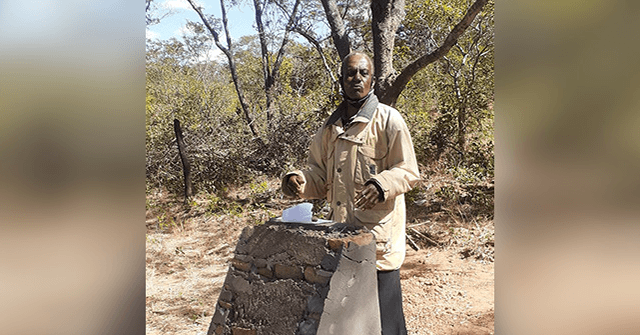 “Gukurahundi plaques erected by the Bulawayo-based pressure group, Ibhetshu LikhaZulu, in memory of villagers killed during the massacres by a government-back army in the early 1980s, have been stolen by unidentified people ahead of memorial services of the victims in the two provinces [sic],” New Zimbabwe reported June 21.

“The Silobela plague [plaque] was stolen last week after it was erected ahead of a memorial service for 12 villagers killed in 1985 in Silobela,” according to the newspaper.

“We hold the state solely responsible for the theft. We condemn in the strongest terms the theft of the memorial plaques. This is because people who were involved in the massacres are still in government and are trying to erase the memories,” the director of Ibhetshu LikhaZulu, Mbuso Fuzwayo, told New Zimbabwe this week.

Ibhetshu LikhaZulu defines itself as a “not for profit organization based in Bulawayo[,]Zimbabwe in pursuit of justice for the victims of post independence genocide and other related human rights abuses [sic].”

“If you are to erect a plaque and if they don’t remove it, it will be a permanent thing. It’s memory transfer from one generation to another who did not witness it,” Fuzwayo said.

“Those who have never heard the stories, if they are to see the plaques and they start reading about the plaques they start to know what happened,” he continued.

“It’s clear those who are removing the plaques want to rewrite the history, who don’t want to acknowledge that genocide happened, and as an organization we are not going backwards [sic]. We are going to continue erecting plaques,” Fuzwayo told New Zimbabwe.

“Loosely translated from the Shona language, ‘Gukurahundi’ refers to the early rain which washes away the chaff before the spring rains [in Zimbabwe], but literally it was a series of massacres of Ndebele-speaking Zimbabweans carried out by the Zimbabwe National Army in the early 1980s to late 1987,” according to Turkey’s state-run Anadolu Agency.

Mugabe was ousted from the Zimbabwean presidency in 2017 through a military coup. The Zanu-PF replaced Mugabe with his longtime party ally and former Zimbabwean vice president, Emmerson Mnangagwa. Mnangagwa served as Zimbabwe’s Minister of State Security during the 1983-1987 genocide. He currently rules over Zimbabwe as president under the Zanu-PF.