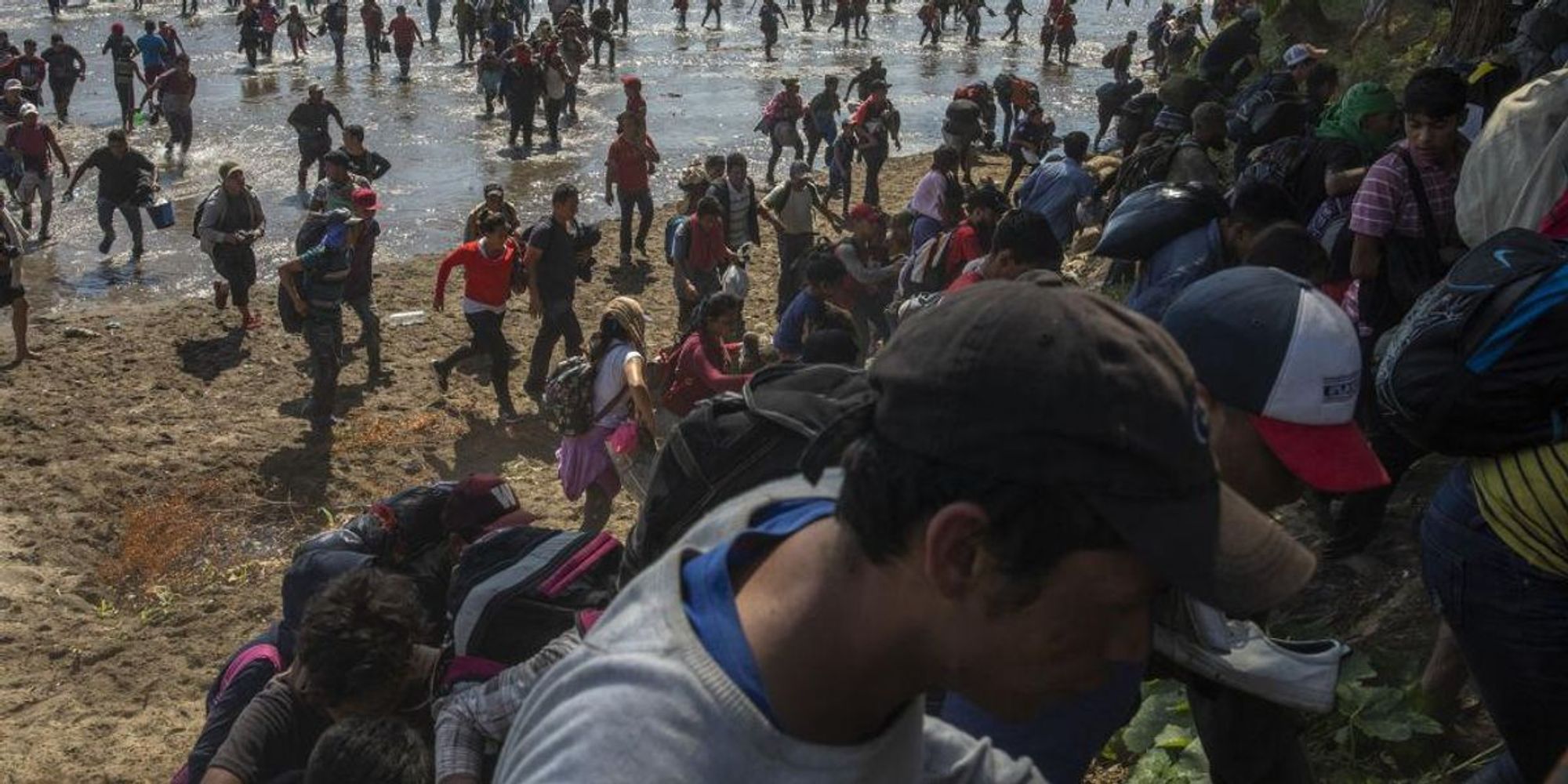 With migrant facilities being overwhelming by the massive surge of migrants, the Biden administration’s solution to the border crisis is to house migrants in hotels, but it will come at a hefty cost to the American taxpayer.

The Biden administration has awarded an $86 million contract to pay for hotel rooms to accommodate 1,200 migrant family members who cross the U.S.-Mexico border, Department of Homeland Security officials informed Axios. The hotel rooms in border states such as Texas and Arizona will originally lodge migrants for six months, but “could be extended and expanded.”

The hotel arrangements will be organized through a San Antonio-based non-profit organization called Endeavors, which “connects vulnerable populations across the United States to a wide range of helpful services.”

Migrant families attempting to cross the U.S. southern border spiked massively in 2021, rising from over 7,000 in January to more than 19,000 in February, according to the U.S. Customs and Border Protection.

Department of Homeland Security Secretary Alejandro Mayorkas admitted this week that the U.S. government is “on pace to encounter more individuals on the southwest border than we have in the last 20 years,” a statement that was echoed by a senior official with Immigration and Customs Enforcement.

Also on Saturday, the Department of Health and Human Services announced that it is opening another facility to house unaccompanied child migrants. The new facility in Pecos, Texas, will provide housing for at least 500 unaccompanied minors to begin with, but will expand to 2,000 children, according to Fox News.

“While ORR has worked to build up its licensed bed capacity to almost 13,500 beds, additional capacity is urgently needed to manage both enhanced COVID-19 mitigation strategies and the increasing numbers of UC referrals from DHS,” a spokesperson for the Office of Refugee Resettlement said.

“I got notified about an hour ago from HHS, that they’re opening up a new unaccompanied minor facility in PECOS, which is in my district, out in West Texas. This facility is going to house between 500 to 2000, unaccompanied minors, it appears as if they’re targeting unused man camps. These are oil facilities where workers, temporary oil workers, house when they’re operating in the oil gas industry,” Rep. Tony Gonzalez (R-Texas) told Fox News on Saturday. “There is no end in sight, I’m told there’s two other facilities, and they’re also looking at attending this crisis is getting out of control.”

The Biden administration will reportedly send as many as 3,000 unaccompanied migrant teens aged 15-17 to the Kay Bailey Hutchison Convention Center in Dallas, Texas, for up to three months.

Earlier this month, a report found that one migrant facility was at 729% capacity, and there were allegedly children taking turns sleeping on floors and only allowed weekly showers.

On Friday, Texas Gov. Greg Abbott lashed out at the Biden administration’s handling of the immigration crisis at the border. He slammed President Joe Biden for allowing a minor migrant facility to open despite having “unsafe water” and another facility with a COVID-19 outbreak.

“The Biden Administration has been an abject failure when it comes to ensuring the safety of unaccompanied minors who cross our border,” Abbott said in a statement. “The conditions unaccompanied minors face in these federally run facilities is unacceptable and inhumane.”

“The Biden Administration has no excuse for subjecting these children to these kinds of conditions,” Abbott declared. “President Biden’s refusal to address the border crisis is not only enabling criminal actors like human traffickers and smugglers, but it is exposing innocent unaccompanied children to illness and potentially unsafe living conditions. The administration must act now to keep these children safe, secure our border, and end this humanitarian crisis.”

“The Biden Admin. has turned a humanitarian crisis into a complete disaster,” Abbott wrote on Twitter. “They were unprepared for open border policies.”

There were a record-high number of unaccompanied minors crossing the southern border in February.

For all the latest news read by John B Wells. “Take no part in the unfruitful works of darkness, but instead expose them.” – Ephesians 5:11