CDC: As many people have died from Covid-19 vaccines as ALL vaccines in last 20 years COMBINED 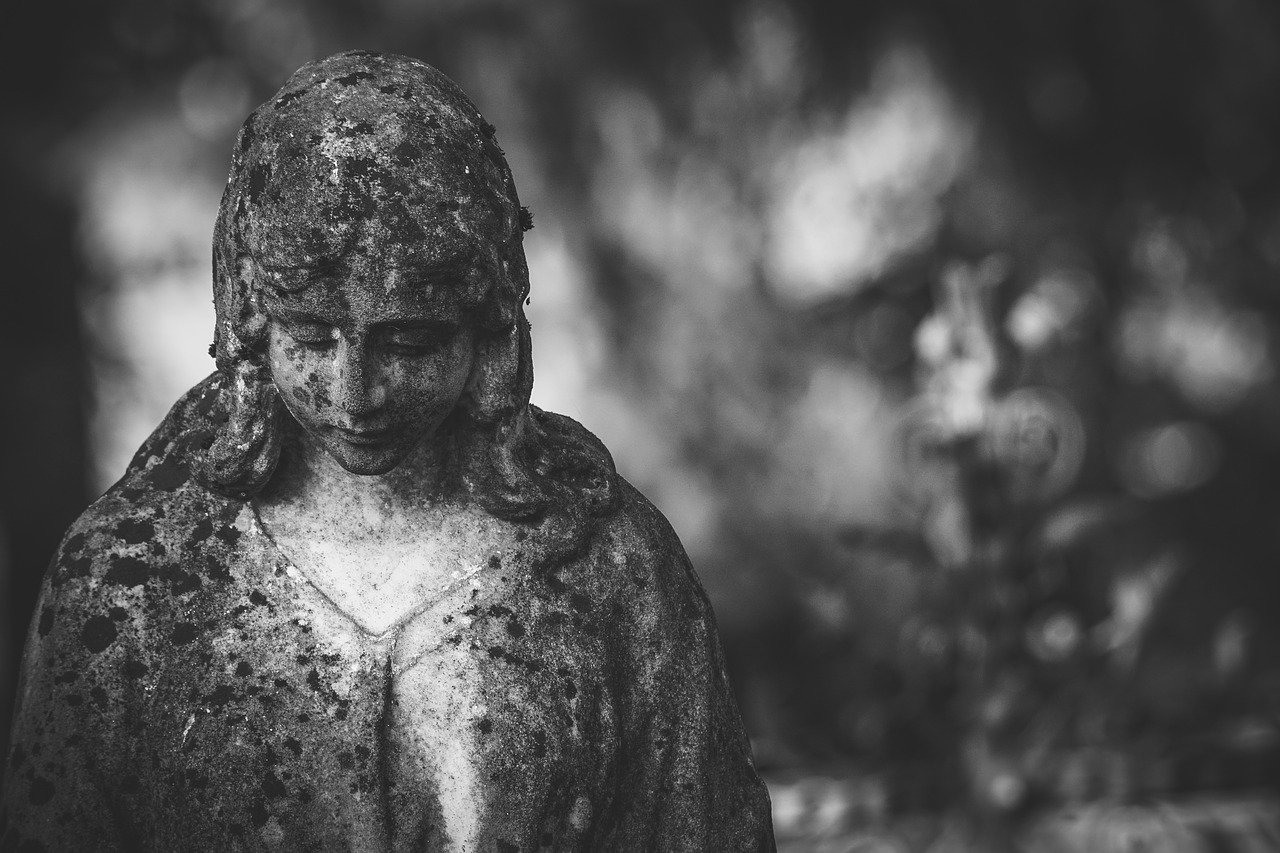 CDC: As many people have died from Covid-19 vaccines as ALL vaccines in last 20 years COMBINED

There have been nearly as many deaths from complications following inoculation with the so-called Covid-19 “vaccines” as there have been for all previous vaccines total since January 1, 2001. In fact, the data is five days old so the gap, which was at four on May 3, has almost certainly been bridged.

According to the CDC website [emphasis added]: “Over 245 million doses of COVID-19 vaccines were administered in the United States from December 14, 2020, through May 3, 2021. During this time, VAERS received 4,178 reports of death (0.0017%) among people who received a COVID-19 vaccine. CDC and FDA physicians review each case report of death as soon as notified and CDC requests medical records to further assess reports.”

The website went on to boldly proclaim that a “review of available clinical information, including death certificates, autopsy, and medical records has not established a causal link to COVID-19 vaccines.” This is important medical editorializing so as not to scare people. The CDC has a vested interest in getting as many people vaccinated as possible, so even when burying the important data about deaths at the bottom of a page intended to assuage concerns over these experimental drugs, they did so with every intention of making people take it.

Their bullet points at the top of the page would be comical if lives weren’t on the line [propaganda emphasis added]:

Note how adamant they are about downplaying the death reports. They are obligated to report the numbers because so many are asking, but they did so in a way that is supposed to put skeptics’ minds at ease. They desperately want the entire nation inoculated as quickly as possible despite claims last week that herd immunity will likely never be achieved.

How does 4,178 post-vaccination deaths relate to other vaccines? According to Health Impact News:

The number of deaths recorded following the experimental COVID injections now equals the total number of recorded deaths following vaccines for the past 20 years.

We have previously covered the work of Dr. Peter McCullough, a consultant cardiologist and Vice Chief of Medicine at Baylor University Medical Center in Dallas, TX. He is a Principal Faculty in internal medicine for the Texas A & M University Health Sciences Center.

Dr. McCullough is an internationally recognized authority on the role of chronic kidney disease as a cardiovascular risk state with over 1000 publications and over 500 citations in the National Library of Medicine.

He is the most published scientist in the history of his field. He was recently interviewed by Alex Newman of The New American. During this interview he stated:

A typical new drug at about five deaths, unexplained deaths, we get a black-box warning, your listeners would see it on TV, saying it may cause death. And then at about 50 deaths it’s pulled off the market.

Dr. McCullough compared what is happening today with the experimental COVID shots, which now have 4,178 recorded deaths, according to the CDC themselves, with the last time a vaccine was given an EUA in 1976 during the “Swine Flu Pandemic.”

In 1976 they attempted to vaccinate 55 million Americans with the experimental shot, and it had a recorded 500 cases of paralysis and 25 deaths, and so it was pulled from the market.

What we are seeing today with so many recorded deaths after the use of experimental pharmaceutical products is unprecedented, according to Dr. McCullough. Watch the entire interview here:

The U.S. Government is Deliberately Allowing Big Pharma to Kill American Citizens – Children are Next

The official response to all these recorded deaths in VAERS by the CDC remains:

A review of available clinical information, including death certificates, autopsy, and medical records has not established a causal link to COVID-19 vaccines.

The only thing that changed this week, after the FDA gave the go ahead to resume using the Johnson and Johnson COVID shots that cause fatal blood clots, is that they added this disclaimer:

However, recent reports indicate a plausible causal relationship between the J&J/Janssen COVID-19 Vaccine and a rare and serious adverse event—blood clots with low platelets—which has caused deaths.

So they admit there is a causal relationship of the shots causing death, but they put it back on the market anyway, claiming that these adverse events are “rare.” The next target for these killer injections are children, as Pfizer has applied for emergency use authorization with both the FDA in the U.S., and the EMA in Europe, to inject 12 to 15 year olds with their experimental COVID mRNA shots. (Source.)

FiercePharma has reported that Canada has just approved the Pfizer shot for 12 to 15 year olds. It was announced on Pfizer’s website today. And the majority of the world’s population seems to be oblivious to the fact that genocide is happening right in front of our eyes, and prefer instead to believe the government “health authorities” who are lying and telling everyone this really isn’t happening.

It’s important to note that I am not a medical doctor. I say that because I am about to give medical advice, not based upon my extensive research into Covid-19 or the vaccines but based on two important factors. First, the numbers are right there. To say that we should not be concerned about “vaccines” that are not FDA approved, not fully tested, and with as many if not more deaths associated with them as all other vaccines over the last 20 years combined is enough to at least make us raise a questioning hand.

Second, the narratives behind the push for these “vaccines” have been peculiar at best.

My advice is this: If you are vulnerable and do not want to take the higher risk (around 5%) of death associated with the elderly and those with preexisting conditions, then the choice is difficult. For those who are young and healthy, why in the world would you even consider it? I’ve talked to a lot of healthy people who have had the disease. Some didn’t show symptoms. Others said it hit them harder than anything they’ve ever had. But now all of them have naturally created antibodies as a result.

One person I know who was neither young nor healthy died from the disease. His death saddens me and I wouldn’t have been surprised if he took the vaccine had it been available before his death.

They say the numbers don’t lie, but when it comes to the CDC, they often do. But in this case, the numbers are likely lower than what’s being reported. Why is such an effort being made to suppress Covid vaccine death counts?

Image by suju-foto from Pixabay

‘The Purge’ by Big Tech targets conservatives, including us

Just when we thought the Covid-19 lockdowns were ending and our ability to stay afloat was improving, censorship reared its ugly head.

For the last few months, NOQ Report, Conservative Playbook, and the American Conservative Movement have appealed to our readers for assistance in staying afloat through Covid-19 lockdowns. The downturn in the economy has limited our ability to generate proper ad revenue just as our traffic was skyrocketing. We had our first sustained stretch of three months with over a million visitors in November, December, and January, but February saw a dip.

It wasn’t just the shortened month. We expected that. We also expected the continuation of dropping traffic from “woke” Big Tech companies like Google, Facebook, and Twitter, but it has actually been much worse than anticipated. Our Twitter account was banned. Both of our YouTube accounts were banned. Facebook “fact-checks” everything we post. Spotify canceled us. Medium canceled us. Apple canceled us. Why? Because we believe in the truth prevailing, and that means we will continue to discuss “taboo” topics.

The 2020 presidential election was stolen. You can’t say that on Big Tech platforms without risking cancellation, but we’d rather get cancelled for telling the truth rather than staying around to repeat mainstream media’s lies. They have been covering it up since before the election and they’ve convinced the vast majority of conservative news outlets that they will be harmed if they continue to discuss voter fraud. We refuse to back down. The truth is the truth.

The lies associated with Covid-19 are only slightly more prevalent than the suppression of valid scientific information that runs counter to the prescribed narrative. We should be allowed to ask questions about the vaccines, for example, as there is ample evidence for concern. One does not have to be an “anti-vaxxer” in order to want answers about vaccines that are still considered experimental and that have a track record in a short period of time of having side-effects, including death. One of our stories about the Johnson & Johnson “vaccine” causing blood clots was “fact-checked” and removed one day before the government hit the brakes on it. These questions and news items are not allowed on Big Tech which is just another reason we are getting canceled.

There are more topics that they refuse to allow. In turn, we refuse to stop discussing them. This is why we desperately need your help. The best way NOQ, CP, and ACM readers can help is to donate. Our Giving Fuel page makes it easy to donate one-time or monthly. Alternatively, you can donate through PayPal as well. We are on track to be short by about $4100 per month in order to maintain operations.

The second way to help is to become a partner. We’ve strongly considered seeking angel investors in the past but because we were paying the bills, it didn’t seem necessary. Now, we’re struggling to pay the bills. We had 5,657,724 sessions on our website from November, 2020, through February, 2021. Our intention is to elevate that to higher levels this year by focusing on a strategy that relies on free speech rather than being beholden to progressive Big Tech companies.

During that four-month stretch, Twitter and Facebook accounted for about 20% of our traffic. We are actively working on operating as if that traffic is zero, replacing it with platforms that operate more freely such as Gab, Parler, and others. While we were never as dependent on Big Tech as most conservative sites, we’d like to be completely free from them. That doesn’t mean we will block them, but we refuse to be beholden to companies that absolutely despise us simply because of our political ideology.

We’re heading in the right direction and we believe we’re ready talk to patriotic investors who want to not only “get in on the action” but more importantly who want to help America hear the truth. Interested investors should contact me directly with the contact button above.

As the world spirals towards radical progressivism, the need for truthful journalism has never been greater. But in these times, we need as many conservative media voices as possible.