Report: Syria Lost over 60 Percent of Its Christians in a Decade 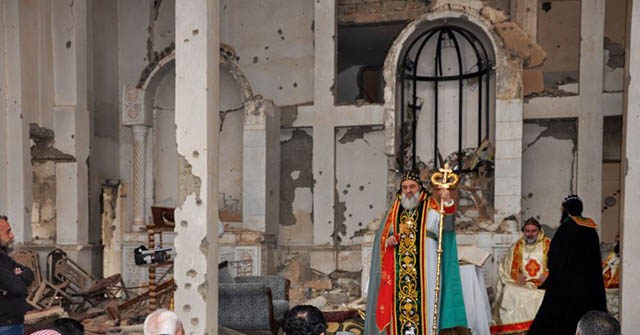 Report: Syria Lost over 60 Percent of Its Christians in a Decade

Christian political leaders in Syria told the Kurdish outlet Rudaw on Monday that the Christian population of that country had dropped from about ten percent of Syrians in 2011, the start of the Syrian Civil War, to three percent of the country in 2021.

The change represents about a 66-percent decrease in the Christian population generally, according to the Assyrian Democratic Organization (ADO), the oldest Christian political party still active in the country.

Christians in Syria and neighboring Iraq endured years of attempted genocide against their populations by the Islamic State, a Sunni jihadist organization that established a “caliphate” in territory conquered from both nations in 2014. The jihadists capitalized on the chaos of the Syrian Civil War, prompted by the violent repression of dissidents in 2011 by longtime dictator Bashar al-Assad. Assad, an Alawite Shiite, dragged allies Russia and Iran into the civil war while the rebels fighting him, many of them Sunnis, attracted jihadist support from groups like al-Qaeda. ISIS began its life as a wing of al-Qaeda before late leader Abu Bakr al-Baghdadi split with the core of al-Qaeda and established ISIS in its current state in 2013.

Christians also faced extreme persecution in Syria in this time from other jihadist groups, the Assad regime itself — though Assad has endeavored to frame himself as a savior of Assyrian people — and, reportedly, both Kurdish groups active against ISIS on the group and Turkish soldiers who invaded Syria after the fall of ISIS to limit the influence of the Kurdish fighters that liberated the “caliphate” capital, Raqqa, from the jihadist group.

While no formal resolution has concluded the Syrian Civil War, Assad has largely regained control of most areas under his administration before the onset of the war, excluding Kurdish-held territories and areas now dominated by the Turkish military.

Reports from the early days of the Syrian Civil War suggested that many Christians were refusing to allow the fighting to displace them. Islamic State campaigns against Christians — which included crucifixion, enslavement, mass rape, and other human rights atrocities — changed the calculus. And yet even as far into the Islamic State genocide campaign as 2014, residents of historic Christian communities like Qamishli, Syria, insisted on staying. Qamishli continued to endure attacks by Islamic State terrorists years after the fall of Raqqa, largely consisting of car bombs and targeted assassinations of priests.

The new estimates appear to still mostly reflect damage caused by the Islamic State. A report by the Barnabas Fund, a Christian aid organization, showed similar population damage in the country as early as 2015. Then, the group estimated that 700,000 of the country’s 1.1 million Christians had been “displaced” by the Islamic State, which would include not just those who fled the country but the internally displaced. The similarity in the numbers suggests that few have returned home. 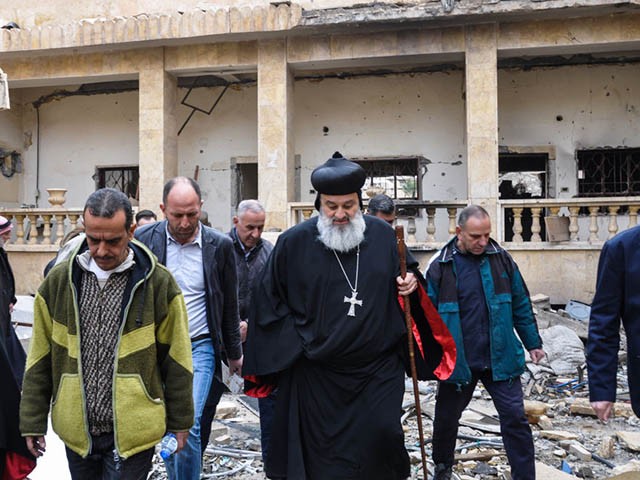 One reason for this could be that the fall of the Islamic State did not eradicate the threats facing Christian populations. Shortly after the elimination of the Islamic State in Syria — thanks to the success of the Kurdish-led Syrian Democratic Forces (SDF) in conjunction with the American military — Islamist Turkish President Recep Tayyip Erdogan began to publicly express concern with the growing influence Kurdish forces had in the neighboring country. Ankara does not consider the SDF forces or its major component, the People’s Protection Units (YPG/YPJ), as separate from the Kurdistan Workers’ Party (PKK), a Marxist, U.S.-designated terrorist organization.

Turkish forces began building ties with Sunni jihadist groups still in the country, many of whom arrived to help Sunni rebels fight Assad, and turned those forces against the Kurdish. By 2018, reports began surfacing that many of these fighters were participating in “ethnic cleansing and genocide” against both Yazidi and Christian groups allied with the Kurdish fighters.

“This horror is reminiscent of the initial actions of ISIS in Iraq. Medical and healthcare services are urgently needed. This situation foreshadows ‘ethnic cleansing’ and genocide,” U.N. Goodwill Ambassador Nadia Murad, who herself survived the Islamic State’s genocide against the Yazidi people of Iraq, warned in 2018.

A year later, the SDF warned that Turkey had aligned with jihadists to attack and occupy Christian communities in Syria.

“Turkey has not adhered to the ceasefire agreement with USA and is continuing its war,” Mazloum Abdi, the general commander of the SDF, said in October of that year. “Turkey with Jihadists, began to occupying [sic] Christian villages and trying to break into Tall Tamir predominantly Assyriens [sic], threatened with annihilation. USA must fulfill its obligations.”

Aid groups also accused the Assad regime, and its Iranian-backed allies, of attacking Christian communities that year. According to a report by the Syrian Network for Human Rights and Americans for a Free Syria published in September 2019, Assad allies were responsible for over 60 percent of attacks on Christian churches in Syria between March 2011 and September 2019.