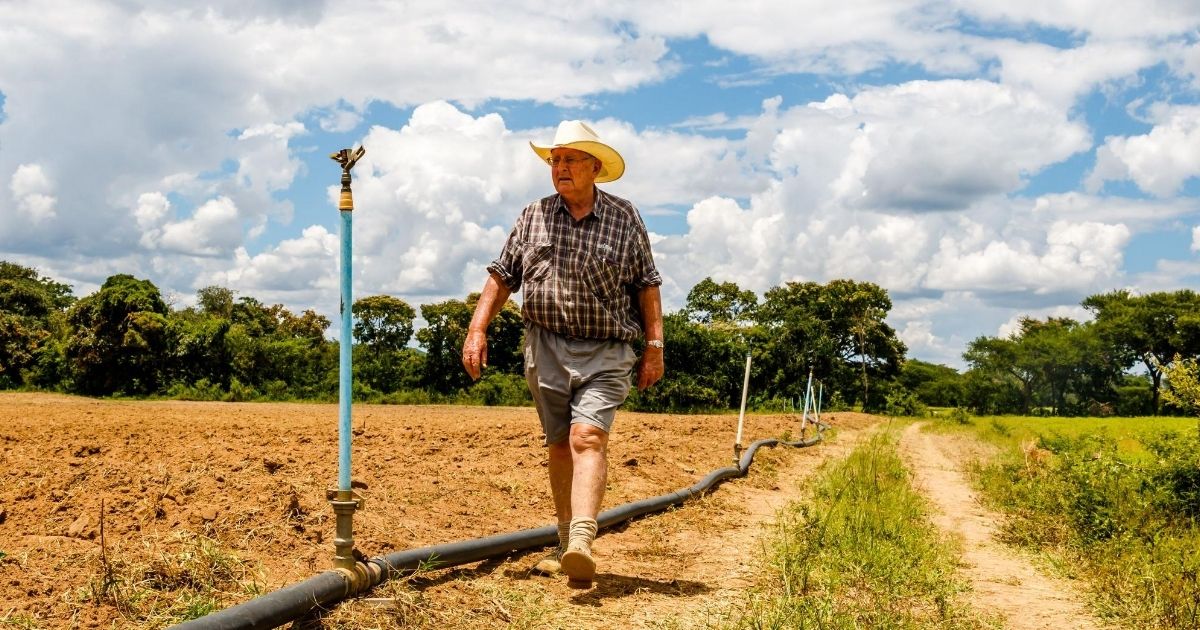 In Zimbabwe, individuals and families who had their farms expropriated by Robert Mugabe's regime will…

Now, Zimbabwe’s government is going to try to put an end to a divisive chapter in its history with $3.5 billion in reparations. The only problem is, they’ve wrecked their economy so thoroughly that they don’t have that money — at least not yet.

Close to three years after longtime dictator Robert Mugabe was deposed, Zimbabwean President Emmerson Mnangagwa announced Wednesday that he’d reached a settlement on one of Mugabe’s most contentious policies: the expropriation of land owned by white farmers to redistribute to black residents.

According to Deutsche Welle, Mnangagwa said the deal was “historic in many respects.” Andrew Pascoe — head of the Commercial Farmers’ Union, which represented the white farmers in the negotiations — said it was a “miracle.”

The agreement will only compensate farmers for infrastructure on the farms and not the land itself, however.

Zimbabwe will likely have to borrow heavily and at high interest rates to pay off the farmers — and it still doesn’t solve the fact that the state-owned land is inefficiently farmed and run for the benefit of the country’s elites, who’re little more than blood-engorged ticks feeding off of an emaciated nation.

And yet, this was all supposed to be radical racial progress.

A bit of a quick history lesson: Zimbabwe was, up until 1965, a British colony known as Southern Rhodesia. The white establishment in the country, alarmed at the pace of decolonization in Africa, decided to declare themselves an independent nation known as Rhodesia — although no nation, including apartheid South Africa, would officially recognize it.

As Samantha Power noted in a 2003 article for The Atlantic, the final colonial prime minister, Ian Smith, “had tired of London’s nagging about the subjugation of Rhodesian blacks.”

Given the year was 1965, this should tell you all you need to know about where this guy’s head was at.

“The mantle of the pioneers has fallen on our shoulders to sustain civilization in a primitive country,” Smith said upon breaking away. Charming man, that one.

You can pretty much guess the kind brutal, racist regime one feels the need to maintain in circumstances where the white colonial population was outnumbered by a 20-to-1 ratio, and Smith’s apartheid Rhodesia was particularly galling even pitted against the standards of what you’re probably imagining.

After a decade-and-a-half of intermittent international pressure and an internal insurgency, Rhodesia finally ceased to exist and became independent Zimbabwe in 1980 — with Robert Mugabe as its first leader.

In an alternate timeline, Mugabe might have become the Nelson Mandela of his new country. He stressed reconciliation — if only because he knew the country’s rather stable, well-run economy was driven by white money.

“An evil remains an evil whether practiced by white against black or black against white,” Mugabe said just before independence. He didn’t believe it, as we’ll soon see — but it sounded nice, didn’t it?

And it kept the white farmer population happy: “Good old Bob,” they called him.

For the first two decades of his rule, Mugabe had hinted at land reform which would redistribute more of Zimbabwe’s arable farmland to its black residents. However, Power noted, he resisted it, mostly because the country had depended on farming as its economic engine and the system was reasonably run.

No one would deny, however, that there was a racial imbalance in terms of farming and that most of that imbalance had resulted from both the colonial era and the 15-year existence of the apartheid regime in Rhodesia.

That said, these were still individuals who sunk significant capital into farms which had driven a growing economy, not people who deserved to be pawns in an experiment in decolonization.

However, Mugabe — who had been amassing power in the two decades since Zimbabwean independence — was handed a shock loss in a 2000 referendum which would have further increased his power.

Faced with a nascent pro-democracy movement in addition to the loss, Mugabe began to implement the long hinted-at policies via “fast-track land reform,” which involved forcibly evicting thousands of white farmers and expropriating their land — some of them beaten and otherwise brutalized by peasant militias deputized by the Mugabe regime to carry out some of the evictions.

The move quickly eroded international trust in Zimbabwe, leading to investment drying up.

Meanwhile, the expropriated land wasn’t given to the people, but rather the party elites in Zimbabwe; these elites were neither adept nor interested in farming. Crop yields plummeted, leading to famine and economic misery.

The country’s hyperinflation, driven both by the high prices of staples and economic mismanagement, became an international joke. Those who work the land could only lease it from those elites, which means they have no ability to use the land as collateral for loans.

The system persists today, even after Mugabe was removed from power in a 2017 coup. Mnangagwa, while not the despotic caricature that Mugabe was, hasn’t managed to change much of the dysfunctional political environment he was left with.

The agricultural system in Zimbabwe “is run by elites, for elites,” said Alex Magaisa, a Zimbabwean analyst and political advisor who teaches at the University of Kent in the U.K., according to Deutsche Welle.

“It has nothing to do with supporting agriculture for the greater good. The real problems are not the droughts or other conditions in the fields, but how to use the land best – how people come to the country and how agriculture is financed.”

To a certain extent, the move might spur reinvestment in the country from the West, which is still wary of the country after Mugabe’s brutal land-grabs and the political instability that followed.

“I believe that this compensation sends a clear and unambiguous message to local and foreign investors that Zimbabwe is really open for business,” said Pascoe, the Commercial Farmers’ Union chief.

However, how the compensation will be paid for is another thing. As part of the agreement, half of the $3.5 billion will be paid out immediately, with the other half paid out over five years. Each of the 3,500 applicants for reparations will get roughly $1 million.

Should the money come from the people? If so, how? The population is still suffering from the effects of Cyclone Idai last year and millions are starving. If this is to be a public relations success for the new president, party officials are the ones who’ll have to pay up. And they’ll have to pay a steep price.

“It will be very difficult to find lenders who are willing to provide Zimbabwe with the money it needs to meet this compensation,” Magaisa said.

“If it does get any creditors who are willing to do so, it will be at very expensive rates. The interest rates they will be charging will be very high. The terms will be very tough for Zimbabwe. And because it will be expensive, I think it will be problematic for the people of Zimbabwe.”

It was always going to be, however. The message has always been that the forced reallocation of farmland under the Mugabe regime just wasn’t done right; that if it hadn’t been done as a snap measure in the wake of an embarrassing loss at the polls, or if it had been done by a leader who wasn’t Mugabe — who’d clearly lost touch with reality by the time of the 2000 expropriation — maybe it would have worked.

It might have worked better, perhaps, but almost anything would have. It still wouldn’t have made the expropriation of property any more fair.

These were individuals stripped of their land and their livelihood because the ruling party thought it struck a hammer blow against colonialism. And remember: “An evil remains an evil whether practiced by white against black or black against white.”

Whatever you want to call it — an evil, a miscalculation, bad governance — it’ll now cost one of what was once one of the most prosperous nations in Africa $3.5 billion it doesn’t have because it blew up its own economy in the name of racial justice and anti-colonialism.

Published in Agricultural and World News