FDA Panel Votes Against Pfizer’s COVID Booster for Everyone, Recommends It for People 65 and Older 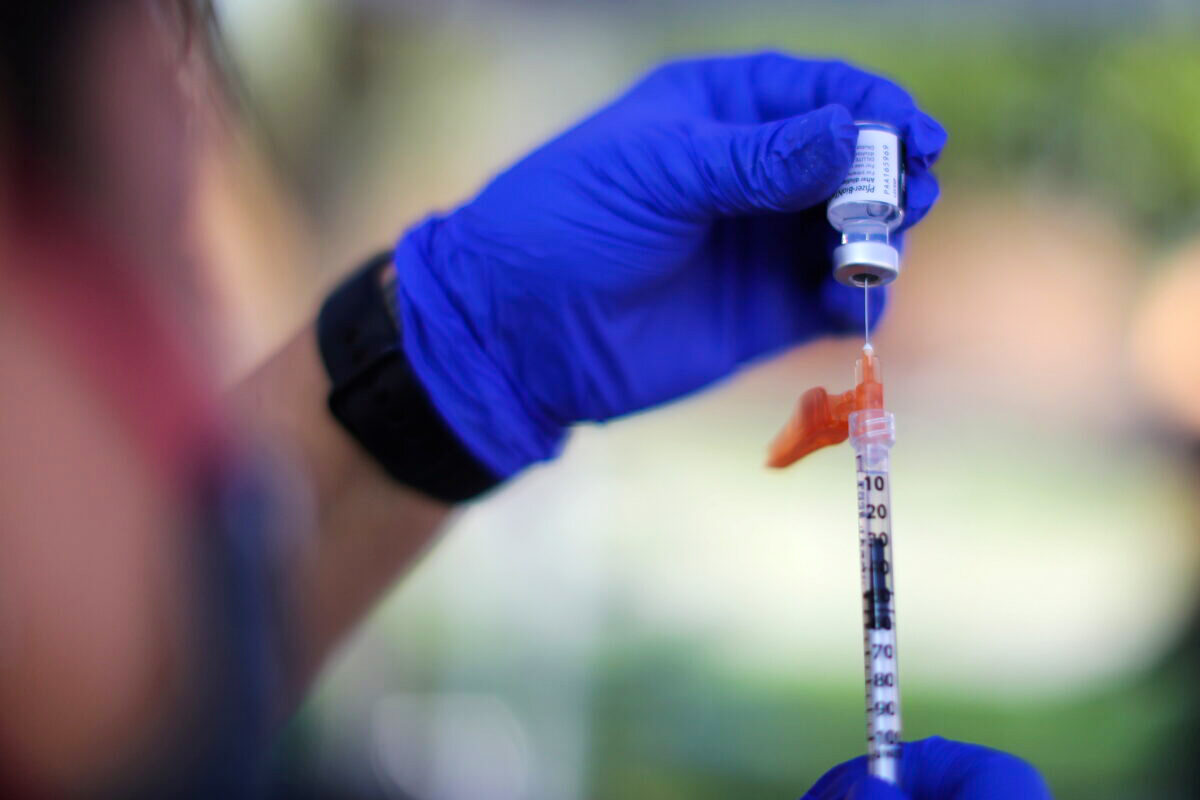 FDA Panel Votes Against Pfizer's COVID Booster for Everyone, Recommends It for People 65 and Older

The U.S. Food and Drug Administration’s vaccine advisory panel on Friday voted 16–3 to recommend against providing booster shots of the Pfizer COVID-19 vaccine for individuals aged 16 and older. The panel later voted to endorse the Pfizer booster for individuals who are aged 65 and older and for those who are at high risk.

Throughout the meeting, independent scientists who advise the Food and Drug Administration (FDA) struck a skeptical tone on the need for boosters, or third doses, for Pfizer’s COVID-19 vaccine for the general public. The advisory panel’s discussion is the first major test for the Biden administration’s vaccination agenda as top health officials last month announced they would try to roll out boosters for everyone by Sept. 20.

But for people aged 65 and older and those at high risk of occupational exposure, booster doses were recommended in an 18–0 vote.

It’s not clear when a final FDA decision could come on booster doses, while the Centers for Disease Control and Prevention (CDC) has scheduled a meeting next week to distribute boosters around the United States. The Epoch Times has contacted the FDA for comment.

“We are not bound at FDA by your vote, just so you understand that. We can tweak this as need be,” Dr. Peter Marks, the agency’s top vaccine official, said after the votes were cast.

In a statement following the vote, a White House spokesman said: “Today was an important step forward in providing better protection to Americans from COVID-19. We stand ready to provide booster shots to eligible Americans once the process concludes at the end of next week.”

While U.S. health officials, some other countries, and vaccine makers have argued that boosters are needed for everyone, many scientists, including some inside the FDA and the CDC, have disagreed. Booster doses have been previously recommended by the CDC for immunocompromised individuals.

But an FDA slide said the risk of COVID-19 for a healthy 30-year-old is just 0.0004 percent, or 1 in 250,000, bolstering arguments against boosters being recommended for the general population. Some recommended a booster for older individuals but several experts said they want more data about whether the booster shots can contribute to myocarditis, a type of heart inflammation.

Dr. James Hildreth, a voting member on the FDA expert panel, said that he “[has] a serious concern of myocarditis in young people.” The FDA previously issued warnings that, while rare, Pfizer and Moderna vaccines, both of which are built on messenger RNA technology, could cause myocarditis or pericarditis among younger individuals.

“I honestly don’t think there is enough good quality data at this point to make an informed decision,” Brittany Kmush, an epidemiologist at Syracuse University, said of the Israeli study, noting the 12-day follow-up period and the variability of the authors’ estimates.

Another FDA advisor, Dr. Melinda Wharton, meanwhile, echoed Hildreth’s concerns and said she would “not feel comfortable” with recommending boosters to younger people due to the risk of myocarditis. Younger people are not at risk of developing severe illness from COVID-19 or becoming severe breakthrough cases, she noted during the panel.

Earlier this week, the FDA uploaded Pfizer’s arguments that cited studies in Israel and the United States suggesting that the COVID-19 vaccine’s efficacy drops over time and said that booster doses are necessary to deal with new variants of the CCP (Chinese Communist Party) virus, which causes COVID-19.

“Real-world data from Israel and the United States suggest that rates of breakthrough infections are rising faster in individuals who were vaccinated earlier in the vaccination campaigns compared to those who have been vaccinated more recently,” Pfizer said during a presentation, uploaded to the FDA website.

Israeli studies indicate that the “observed decrease of vaccine effectiveness against COVID-19 infections is primarily due to waning of vaccine immune responses over time rather than a result of the Delta variant escaping vaccine protection,” Pfizer’s presentation said.

But in response to the Pfizer data, FDA researchers said hours later the initial vaccine doses are sufficient and suggested that boosters may not be needed now.

An analysis by Israeli scientists published on Wednesday found that among 1.1 million people aged 60 or older who had been fully vaccinated at least five months earlier, those who received a booster were less likely to be infected or become severely ill than those who did not get the third shot.

The pharmaceutical giant concluded that its vaccine efficacy wanes over time, and a third dose of its mRNA shot works to boost it. They argued that 1.8 million more severe cases of COVID-19 would occur in the United States in 2021 without a booster dose for the general population.

But in a study published by The Lancet on Sept. 13, two senior FDA vaccine reviewers who are expected to leave the agency soon and more than a dozen top researchers argued that booster shots aren’t needed for the general population. They argued that potential side-effects from the extra doses could outweigh the benefits, stating that such a phenomenon would actually increase vaccine hesitance. The two FDA officials involved in the research, Marion Gruber and Phil Krause, submitted their resignations last month, officials confirmed.

“Current evidence does not … appear to show a need for boosting in the general population, in which efficacy against severe disease remains high,” their study reads. “Even if boosting were eventually shown to decrease the medium-term risk of serious disease, current vaccine supplies could save more lives if used in previously unvaccinated populations.”

Those researchers also expressed concern that the boosters may cause more side-effects for individuals, which would increase the hesitancy of unvaccinated individuals in getting the vaccine—not just the booster.

As of Friday midday trading, shares of Moderna Inc. and BioNTech plunged by around 4.93 percent and 4.91 percent, respectively.

Reuters contributed to this report.